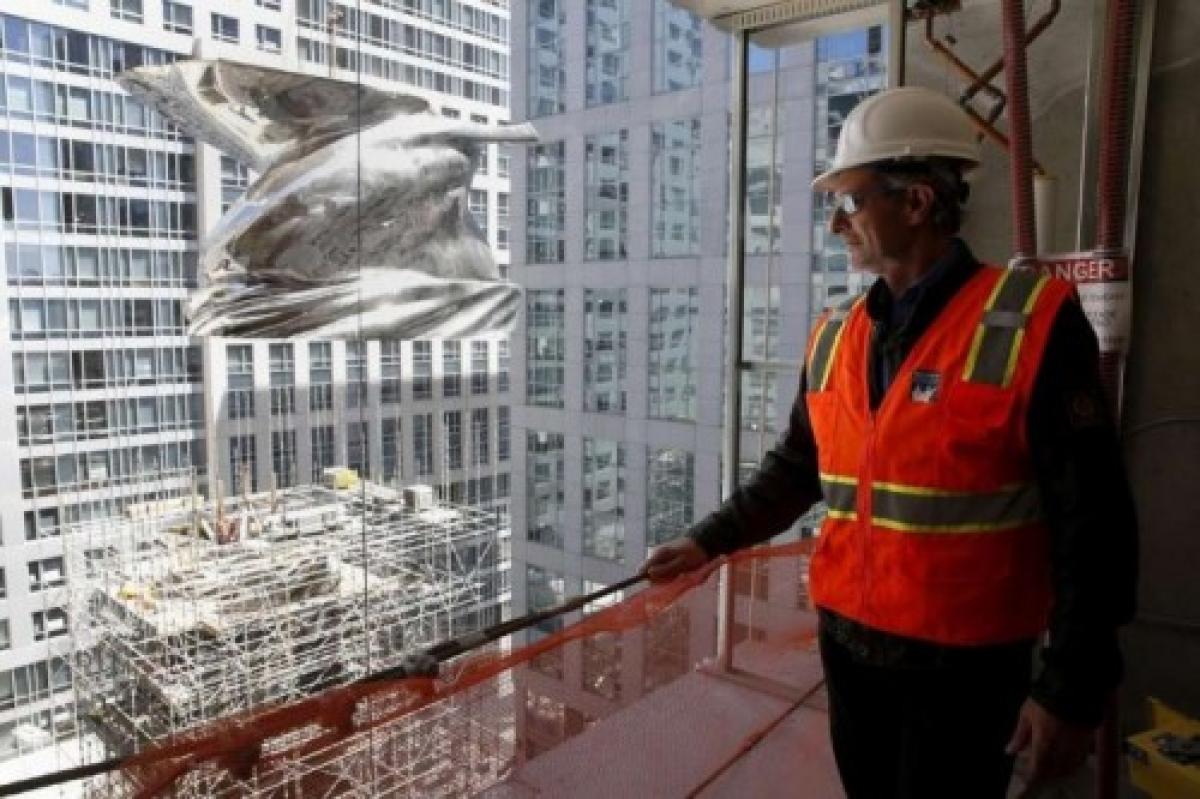 It’s one of the most recognizable sights in all of downtown Denver. Everyone has seen the giant blue bear peeking into the Colorado Convention Center. Since 2005, The 40-foot-high bear has become a can’t-miss photo op for tourists and locals. While commonly known as the “blue bear,” the art project is actually titled “I See What You Mean.” The man behind it is Lawrence Argent, a professor in DU’s School of Art and Art History. 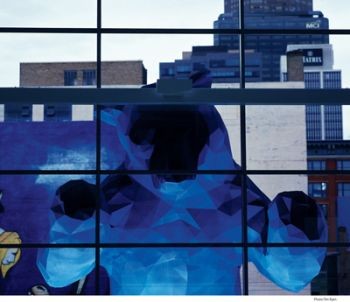 Since the blue bear’s debut in downtown Denver, Argent’s public art projects have only become larger in size. There’s “Leap” inside the baggage claim area in the Sacramento Airport. It’s a giant 56-foot red rabbit that signifies the feelings and emotions travelers feel when going through an airport’s baggage claim area. Who doesn’t love a cute panda? “I Am Here” is on display outside the International Financial Square in China. The giant panda is about 45 feet high and weighs 13 tons. 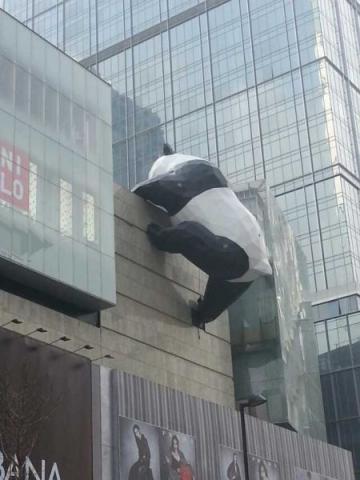 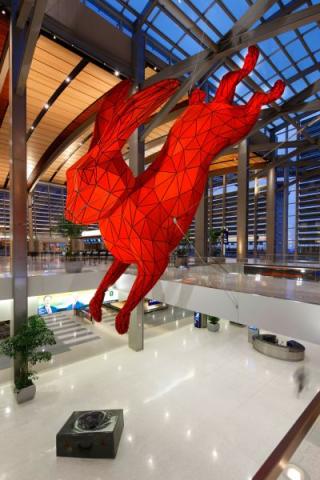 However, Argent’s latest public art project puts all those to shame. Last week “Venus” was unveiled in San Francisco’s SoMa neighborhood. The 92-foot-tall stainless steel sculpture weighs in at 50 tons. It was shipped to the U.S. from China, where a team of artisans assembled the 70 pieces. San Francisco’s tallest statue is nearly as tall as the Statue of Liberty, which is 111 feet from her heel to the top of her head. So far, it’s getting plenty of media attention, including a mention in Architectural Digest.

Argent beat out several other artists for this project, largely because of the fascination surrounding Denver’s blue bear. The total cost of the project was $5 million. 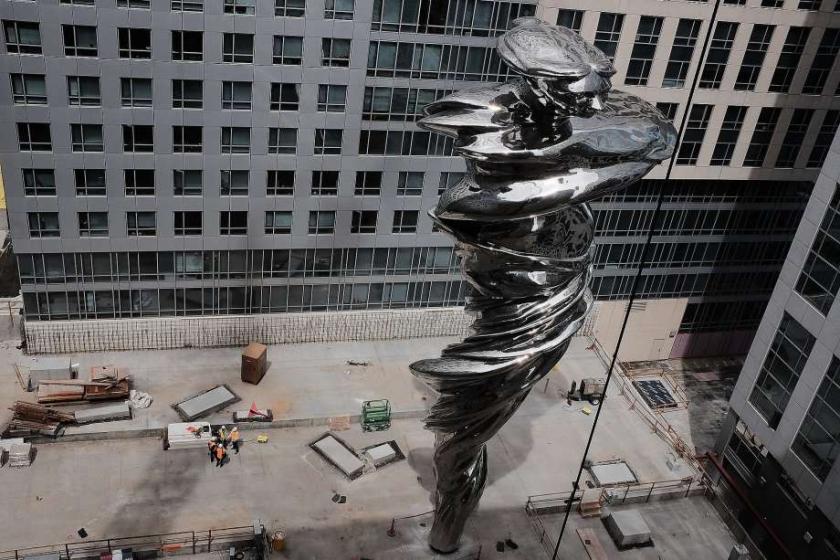 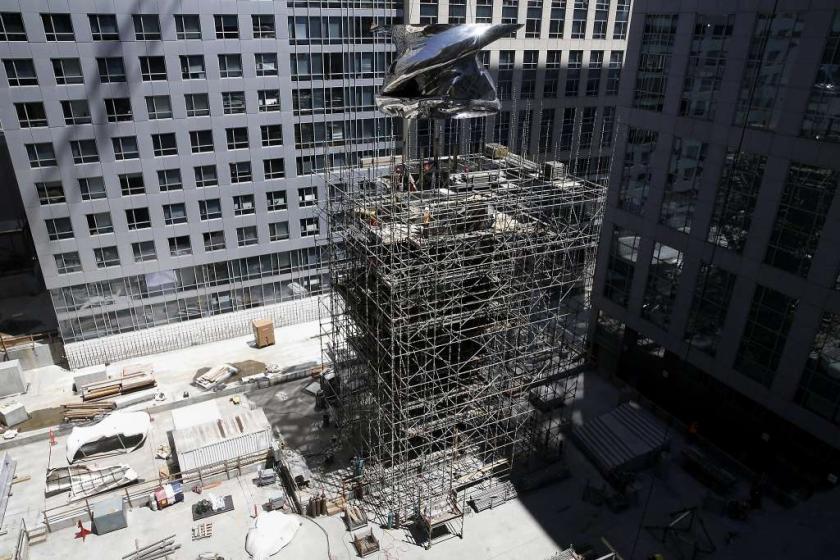