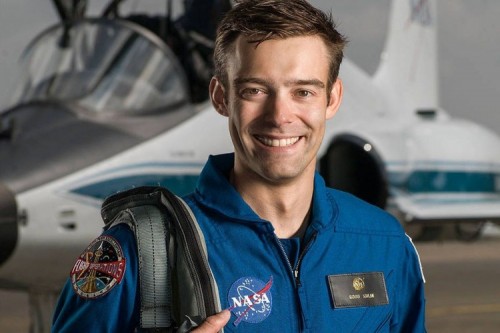 “Star Trek” had Kirk, Picard and Spock. Now, NASA has Robb Kulin (BS ’04), a University of Denver alumnus who is one of 12 out of more than 18,000 applicants to be selected for the 2017 Astronaut Candidate Program.

While his future missions may be to seek out new life and new civilizations, for now, Kulin will remain grounded for up to two years as he begins his training in Houston on Aug. 21.

Kulin’s career path to becoming an astronaut didn’t stem from his love as a child for sci-fi shows, comic books or backyard science experiments. Rather, it came from his long-time interest in exploration, which was sparked further while he was studying mechanical engineering at DU’s Ritchie School of Engineering and Computer Science.

“I actually wasn’t interested in space as a child, but my eyes were opened up to the possibility of a career in space while doing a report on the loss of the space shuttle Columbia while I was at DU,” Kulin says. “I have always had a strong interest in exploration, and although [it was] an extremely awful event to be introduced to space by, it opened up my eyes to space as the next great frontier for exploration.”

Being an astronaut is difficult and takes special skills. But going through the application process is no walk in the park — or on the moon for that matter.

Initially, Kulin says, applicants submit a resume and general application form, and then NASA astronauts and support staff vet thousands of applications to determine who meets the qualifications and requirements. The pool is then narrowed down to 120; that group is brought in for three days of basic medical reviews and interviews.

Finally, the group is whittled down to 50 finalists for an unknown number of positions. Those finalists come in for a week of intensive interviews, including medical, psychological and skill set evaluations. While the process is rigorous, Kulin says, it’s a rewarding one. 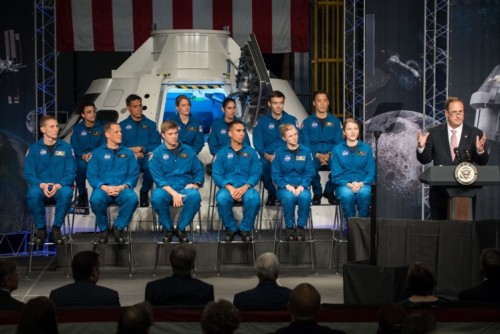 “The interviews are an extremely rewarding process, where you are fortunate enough to meet and stay with astronaut hopefuls being interviewed that week,” says Kulin, who also went through the process in 2013, when there were only 6,000 applicants. “You tend to make friendships that can last for many years.”

Kulin says DU has had a direct impact on his career. From the small class sizes to the relationships with his professors, it all helped propel him forward. He specifically credits professors Peter Laz and Corinne Lengsfeld and Professor Emeritus Liz Tuttle. Laz, Kulin says, helped him qualify for a Fulbright Fellowship in Italy, which kicked off his career and introduced Kulin to a multi-cultural experience he wouldn’t have had otherwise.

That experience encouraged him to explore further and to travel beyond familiar territories. Space was the perfect fit.

“I think it’s important for mankind to push boundaries and explore. Exploration is naturally coursing through our veins, and I think the two biggest physical frontiers at this point are deep-sea exploration and space exploration,” says Kulin, who spent six-and-a-half years at SpaceX before going to NASA. “Exploration also continually pushes humanity to learn, adapt and improve — and with our increased perspective on the fragility of planet Earth, it is important we start pushing beyond. I figured that even if I never fly in space, I would like to be part of making space exploration possible.”

Kulin believes that mankind will be multi-planetary within this century, but he also stresses the importance of improving life on Earth. And since the first flight to space for recent candidate classes won’t happen for five to 10 years, he has plenty of time to contribute to that. In the meantime, Kulin says he’d be “psyched” to go wherever NASA sends him.

Finally, Kulin admits that he does like “Star Wars” and the new “Star Trek” films but he doesn’t consider himself an actual fan. However, that doesn’t stop him from answering an important question: Would he rather serve under Captain Kirk or Captain Picard?

“Definitely Captain Kirk,” he says. “I think my personality tends to fit his adventurous side.”