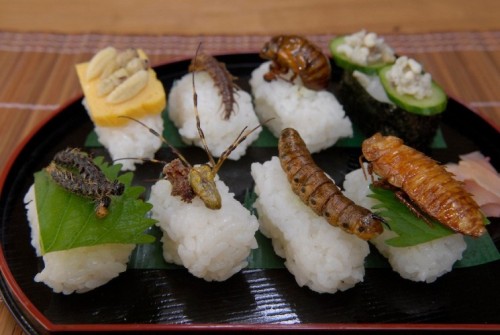 Insects — whether it's crickets, locusts or ants — can be quite the pest. But for University of Denver alumna Wendy Lu McGill (MA ’12), they present an opportunity to cater to adventurous eaters looking to shake up their palette with an unusual but nutritional delicatessen.

McGill is the CEO and founder of Rocky Mountain Micro Ranch, Colorado's first and only edible insect farm that raises crickets, mealworms and wax worms in a solar-heated shipping container. Once the insects, which McGill refers to as “micro livestock,” reach their harvest time they are put in the freezer. This process, McGill says, mimics how they painlessly die in nature. 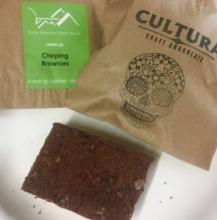 The Denver-based company sells its products to chefs and food makers and also sells edible insects from around the world. McGill runs the company, which she founded in 2015, with her business partner Kyle Conrad.

So how did McGill, who was a student in DU’s International and Intercultural Communication (IIC) program, get involved in the edible insect industry? It was the result of her passion for nutrition and smart agriculture.

“While I was working in international development, I began to work in rural development and grew increasingly interested in agriculture for development and the role it can play in livelihoods, as well as food and nutrition security,” McGill says. “When I learned about insect farming, I became deeply passionate about how it has the potential to improve food and nutrition security with a climate smart agriculture practice.”

Edible insect production, McGill adds, is a growing industry. Insects as part of food products, particularly cricket powder as a nutritional ingredient in snack foods, is forecast to increase from $54 million annually to $523 million by 2023.

It’s a boom from which Rocky Mountain Micro Ranch is already seeing the financial benefits, so much in fact that the company is fundraising to build a 10,000 square-foot automated facility that will help them enter the $100 billion livestock feed market.

“Our sales have tripled, and we are currently expanding production to keep up with demand,” McGill says. “We have a partnership with the Butterfly Pavilion to create a line of insect snacks to sell in their museum shop, as well as others around Denver.” 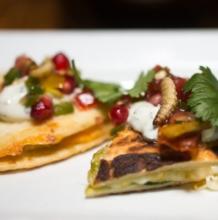 “There are over 2,000 types of insects identified as edible, but in the West we mainly eat crickets and mealworms, both as whole insects and as powder to add to snack foods,” McGill says. “Insects can be added to almost any dish, and insect powders even more so to boost nutrition.”

McGill is passionate about her company and is proud about the progress that’s been made. To those looking to start their own business, McGill says be prepared and surround yourself with the right people.

“I’m as passionate as I was the day I started this company, but the road is long,” McGill says. “If you think you want to start a business, prepare yourself for a marathon, surround yourself with smart, respectfully critical and highly engaged supporters, and believe in the gut feelings that are driving you to entrepreneurship.”