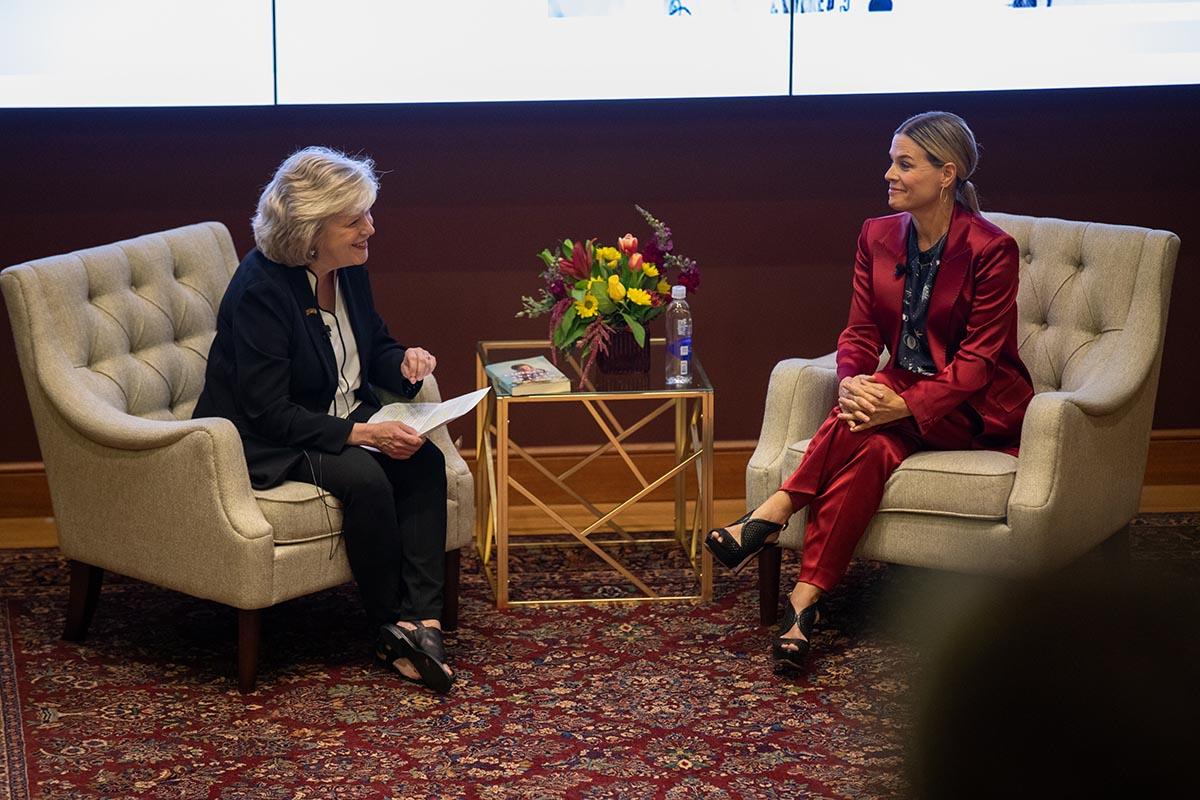 At each battle on the cooking show, she walked into Kitchen Stadium humble but fearless, her confidence shaped by a past she doesn’t let define her.

Cora was born in Jackson, Mississippi, in 1967. Like many families in the South, hers didn’t talk about troubles.

Cora’s trauma started when she was 6, and a 15-year-old relative sexually abused her. It happened sporadically for years. It ended when she was 11. After five years, the abuser finally was caught.

That day, in a big family meeting, everyone wrapped their arms around Cora. Then they went home. No one talked about it. For years, that’s where the conversation ended. 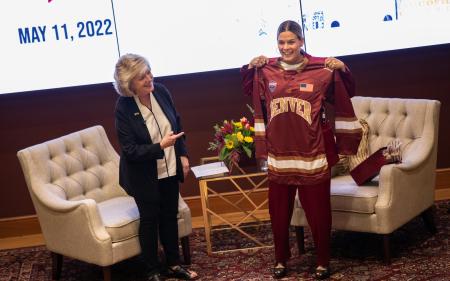 As Cora got older, she sought professional help. She has tried different modalities in the healing process. And therapy, she says, changed her life.

When each of her children turned 6, she had PTSD with flashbacks and panic attacks.

Dean Shelly Smith-Acuna said she chose Cora as a speaker because of her powerful story of healing.

“The way that Cat addresses her childhood trauma with her family, and the way that she advocates for herself and seeks help, is really positive and effective,” Smith-Acuna says.

Cora calls herself a survivor, not a victim. Despite her indescribable trauma at a young age, she won’t be “done in by shame and guilt.”

Cora’s grit and determination propelled her to become a top-tier chef. Cora is not only the first female Iron Chef, but also the first woman inducted into the Culinary Hall of Fame.

In 1995, she graduated from the Culinary Institute of America, a top culinary school. With six women in her cohort, she was in what then was the largest female graduating class.

The instructors were old school, she says. The European chefs at the CIA weren’t used to seeing women as chefs.

For centuries, women have been the primary cooks at home, yet men dominate professional kitchens across the globe.

“Men were all taught by their moms, their aunts and grandmas,” Cora says. “Men are just the first to take it and make it a business. Because men were encouraged to be businessmen, and women were encouraged to stay at home with the kids, that’s why we saw their journey stop in the home kitchen.”

Women make up less than 7% of head chefs in prominent restaurants, Forbes reported in 2020. Sexism persists for women applying for business loans, too, Cora says. They get approved for lower funding at higher interest rates, reports Fundera, a NerdWallet company.

“Every time I walked into Kitchen Stadium, it was like an Olympic battle. I took it really seriously. I wanted to inspire people, women chefs especially,” she says. “It’s a title I’m always proud of.”

With nearly three decades in the culinary industry, Cora knows the mental toll it exacts. As an executive chef, she often worked 14 hours a day or more.

Cora says in her restaurants, she’s always offered to help employees struggling with addiction, depression or other issues.

“I always built a culture in my restaurants that you get to know every single person who works for you,” she says. “… Your management style is really important. It’s about building someone up. To make sure you have an inclusive environment.”

Outside of restaurants, Cora practices self-care by doing what she loves most – cooking for her family.