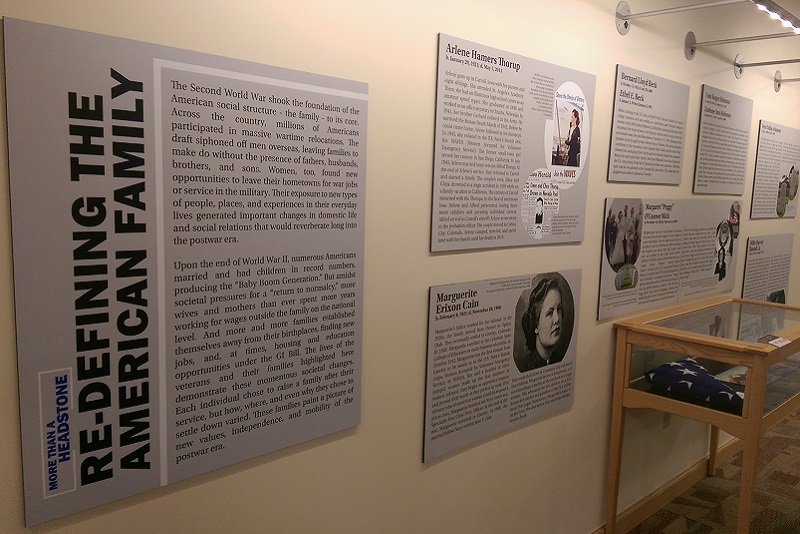 If there is anything remarkable about the old U.S. Navy uniform displayed on the ground floor of the Anderson Academic Commons, it’s how unremarkable it is.

Faintly wrinkled, the suit stands dutifully, with arms somewhere between ease and attention. A simple bald eagle patch perches on the left shoulder, looking past dull gold striping on the collar and cuffs. There are no medals, no decorations.

But this shadow of a service member is, in fact, the perfect usher to a new exhibit on the AAC’s third floor. Upon encountering “More Than a Headstone: The Lives and Legacies of Veterans at Ft. Logan National Cemetery,” on display through mid-March, it’s clear that important history lessons grow out of even the most unsung heroes and their modest artifacts. 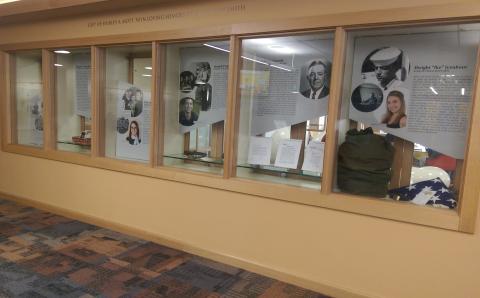 The exhibit descends from the Veterans Legacy Program, a partnership teaming the U.S. Department of Veterans Affairs, the National Cemetery Administration and universities across the country. The project encourages students to document the history of local vets and share the knowledge forward. At DU this summer, 14 undergraduates mined the stories of those buried in Fort Logan National Cemetery, filling in narratives that previously lay largely in stone and soil.

“Students came together and thought not only about the kinds of stories they wanted to tell but also how they wanted to present the research materials in the exhibit,” says associate history professor Carol Helstosky, who, along with her colleague Elizabeth Escobedo, oversaw the project.

In their work, combat stories are hard to find. Instead, the tales belong to the women, minorities, families and relatives who have served the United States since World War I. The display is a window into their lives and a lens through which to view the often-overlooked narratives of American service members and their families. Those who peer in are likely to gain a more complete understanding of life in the military and the broader societal impacts that come with it.

Backing from DU’s Undergraduate Research Center allowed the students to conduct exhaustive research and form relationships with the families of those who died. The exhibit, which officially launches Nov. 9, examines:

"When I look at the finished product, I not only see the tremendous efforts of our students," Helstosky says, "but all the assistance and support we received from the library, the URC, the Anthropology Department, and so many others across campus. I'm grateful to have such terrific colleagues and students." 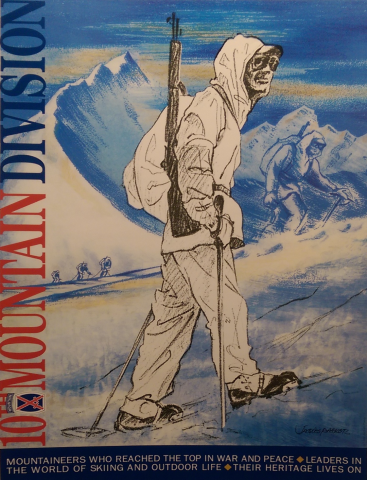 “More Than a Headstone” complements a second military-centric display in the AAC. Tucked in a corner of the third floor, the DU Center for Ski History presents “A Mountaineer’s View.” More than three dozen frames hold the work of Jacques Parker, a member of the 10th Mountain Division, the first U.S. winter combat infantry. Parker’s sketches and watercolor paintings deliver a first-person account of a mountaineer’s life in the military as well as skiing warfare.

Both exhibits offer a fitting way to observe the 100th anniversary of Veterans Day, a holiday created at the end of World War I. In tribute to all the veterans who have served their country, DU has a full day of events scheduled on Monday, Nov. 12: 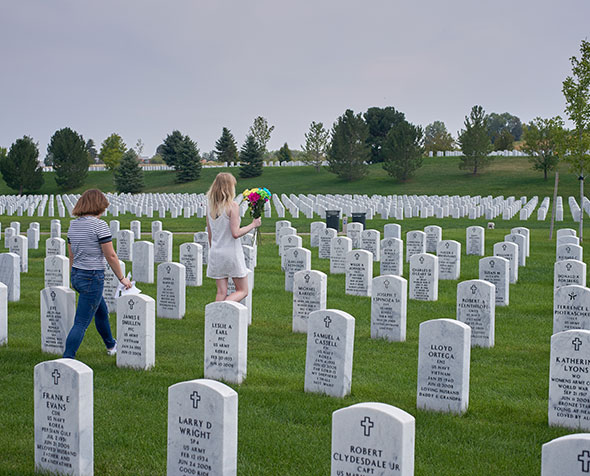