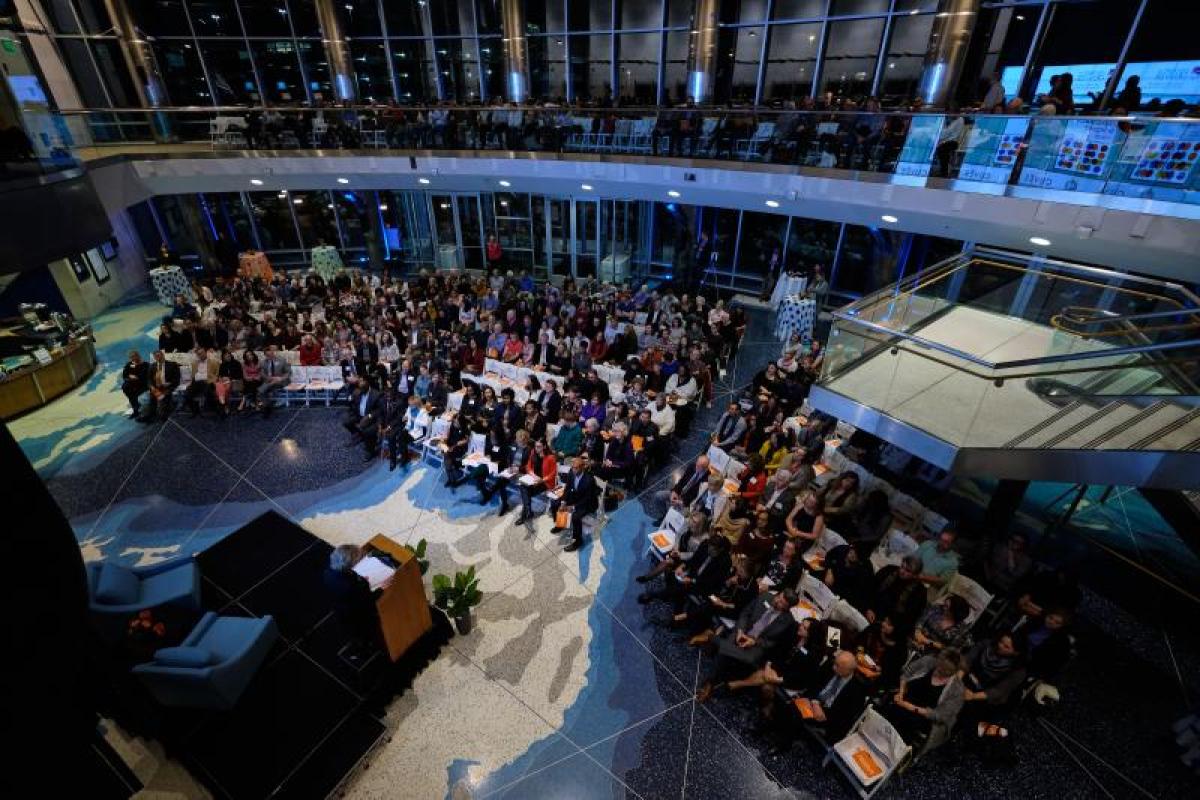 One in four people in the world will confront some form of mental health disorder during their lifetime. Largely because of the stigma around mental health, the World Health Organization says a large majority of these cases will never be treated.

Beginning last year, the University of Denver’s Graduate School of Professional Psychology (GSPP) devoted itself to redefining the conversation around mental health and addressing the stigmas that continue to exist. The college’s low-cost specialized clinics and centers offer a broad range of confidential mental health care to the Denver community.

“Part of our goal when addressing mental health has got to be, how do we go about creating pathways where we can create support for people where they don’t feel isolated, where they don’t have to feel alone — because I can tell you right now, none of them are and so we should not make them feel like they are,” says Wes Moore, author and CEO of Robin Hood, the largest anti-poverty nonprofit in New York City.

Moore was the keynote speaker at an event last week benefiting GSPP’s Center for Oncology Psychology Excellence (COPE), the first psychology graduate-level specialty of its kind in the nation. The program trains students to meet the psychological needs of cancer patients and their caregivers. Moore and GSPP dean Shelly Smith-Acuña led a conversation on the social determinants of metal health, the challenges faced by those in underserved communities and the life-changing power of resiliency.

Resiliency is something Moore needed for much of his childhood. When he was only 4 years old, he witnessed the death of his father. He then struggled academically and had disciplinary issues throughout school. Despite the challenges, he graduated Phi Theta Kappa from Valley Forge Military College, Phi Beta Kappa from Johns Hopkins University and earned an advanced degree in international relations from Oxford University as a Rhodes Scholar.

After working in finance for a couple of years, Moore left to serve as captain and paratrooper with the U.S. Army’s 82nd Airborne. Following a combat deployment to Afghanistan, he returned to the U.S. to serve as a White House Fellow to Secretary of State, and DU alumna, Condoleezza Rice.

“I’ve worked for some unbelievable hard-chargers in my life, but never anyone like Secretary Rice,” Moore says. “Even if you disagreed with her conclusions, which I sometimes did, I always understood and respected her process. There was so much intellectual curiosity; everything was researched; the conclusions she came to were because they were thought out.”

Working in Washington, D.C., also allowed Moore to learn an important lesson he has carried with him through life.

“I got to spend a year seeing how policy was implemented and then the next year I got to see how policy was made, and you see the disconnects,” Moore says. “That was a really important growth experience for me.”

Moore went on to become the founder and CEO of BridgeEdU, a program that reinvents the freshman year of college for underserved students. Moore says that nationally, 28 percent of freshmen will not complete their first year of college. For first-generation students and students of color, that number increases to 47 percent.

“We don’t have a college completion crisis in this country; we have a college freshman year crisis,” he says. “How can we create a better way to support colleges as they are helping these students who are making the transition. That was really the birth of BridgeEdU. It was really about how can we rethink this process for students, particularly at a time when having some form of a completed degree is more necessary than ever before.”

This fall, the University of Denver piloted “Unlearning to Learn,” a program similar to BridgeEdU. The 10-week course turns a critical lens on the students and helps them gain a greater understanding of their strengths, weaknesses, personalities, prejudices, learning and communication styles.

Moore remains board chairman at BridgeEdU, but in 2017 he took over as CEO of Robin Hood. The foundation provides financial, real estate and management support to about 200 New York City nonprofits. Reminded of the lesson he learned while working with Secretary Rice, Moore says his time at Robin Hood allows him to see firsthand the disconnect between policy making and the implementation of policy.

Nearly 2 million New Yorkers are living in poverty, and as Moore says, you cannot talk about poverty without understanding mental health. In the end, he explains, it comes back to removing the stigma and changing the environment where these individuals are struggling to live.

“Every single one of us is going through experiences in our everyday life that are helping to shape, change and define how we think about the world, and that’s OK,” he says. “Where it does not become OK is when we start acting like the best thing to do is just to not say anything, not to talk about it, just accept it. That’s where it becomes dangerous, because that’s when we get people in a position where they deal with it themselves, they self-medicate, they go through their own process, people just tell them to shake it off. This is not a shakeable-off thing.”