The Colorado Women’s Bar Association Foundation is honoring two University of Denver alums at its annual Raising the Bar Awards gala on Thursday, Sept 8. The non-profit organization honors women in the legal field who are doing outstanding work in our local, national and global community.

This year’s theme is “Honoring Women Lawyers Who Raise the Bar by Maintaining a Significant and Sustained Commitment to Pro Bono Services.” 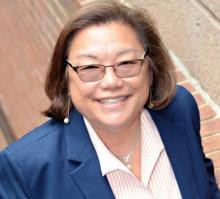 Lucy Hojo Denson, a DU alumna, is being honored by the CWBA Foundation for her remarkable work with the Pro Bono Pro Se Domestic Clinic in Arapahoe County. The clinic has lawyers provide free legal advice every Friday to individuals who have family law questions. Denson helped to create the clinic and ran it by herself from 2002 to 2014. Denson graduated from Chapman College in 1975 with a bachelor’s degree in social work. She received her master’s degree in social work from the University of Denver in 1979 and her J.D. from DU's Sturm College of Law in 1988. 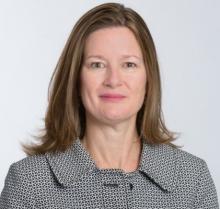 Also being honored is University of Denver alumna, Tamara F. Goodlette. She is being recognized for her exceptional commitment to pro bono services. Goodlette spent six years as a lead attorney on a team representing a Texas death row inmate in his state habeas proceedings. She and her team devoted countless hours to the case, and ultimately secured their innocent client’s release from prison. Goodlette recently began representing a man on Utah death row in his state habeas corpus proceedings. In addition, she served for many years as a pro bono legal adviser to the Rocky Mountain Children’s Law Center. She is also a member of the Board of Trustees for the Legal Aid Foundation and has been on the Board for the Denver Court Appointed Special Advocates. Goodlette received her J.D. from DU's Sturm College of Law in 2004. 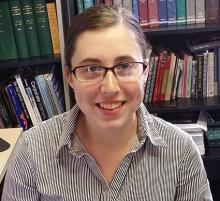 Alison Haugen, a dual degree student at DU's Sturm College of Law and Graduate School of Social Work, will be speaking at the CWBA Foundation Raising the Bar event. Currently, Alison is a policy intern at the ACLU of Colorado. Last year she was a social work intern at the Office of the Public Defender. Previously, she participated in the Immigrants’ Rights Lab and spent a week providing legal services to detained immigrants at the family detention center in Dilley, TX. She has also volunteered with Towards Justice, Lowrey Parady, LLC, and CREEC.