Cornel West Hits All the Right Notes in Visit to Campus

More than 20 books bear his name; he speaks across the country on stages and cable TV screens. He’s made a name for himself as a prime provocateur, demanding the country take note of its flaws and fix them. (And yes, that was him in “The Matrix.”)

But Cornel West admits he will never live up to the high standards of the standard setters: jazz musicians.

“They’re the ones who dig deep in the dark precincts of their own soul to transform their pain and suffering into a truth that you don’t just think it — you feel it,” he told an audience of students, faculty, staff and community members in the Robert and Judi Newman Center for the Performing Arts. “I try to do it with words and a pen. I fall short, but I am unapologetically a black man who comes out of a tradition of people who have been hated for 400 years, yet still taught the world so much about how to love.”

Over the course of an hour-long discussion on Thursday, Jan. 11, with Chancellor Rebecca Chopp and the community, love proved a favorite, familiar riff for West. He emphasized the subject as the most important way to find a unique, individual voice for change.

“Your voice is like your fingerprint: There’s only one like you,” he said. “You have to have the courage to think critically, courage to love truth and goodness and beauty, courage to stand over and against the crowd, the mob.”

Institutions of higher education can be incubators, he said, raising a generation of people who are willing to think for themselves and connect with something bigger.

Still, he cautioned, a degree isn’t necessarily enough. There’s a difference between going to school and becoming educated — which comes with questioning who you are. It means avoiding what West termed “spiritual blockage” — when love and understanding are trapped and only expressed within a particular community. To clear it, one must escape the comfortable, familiar echo chambers. 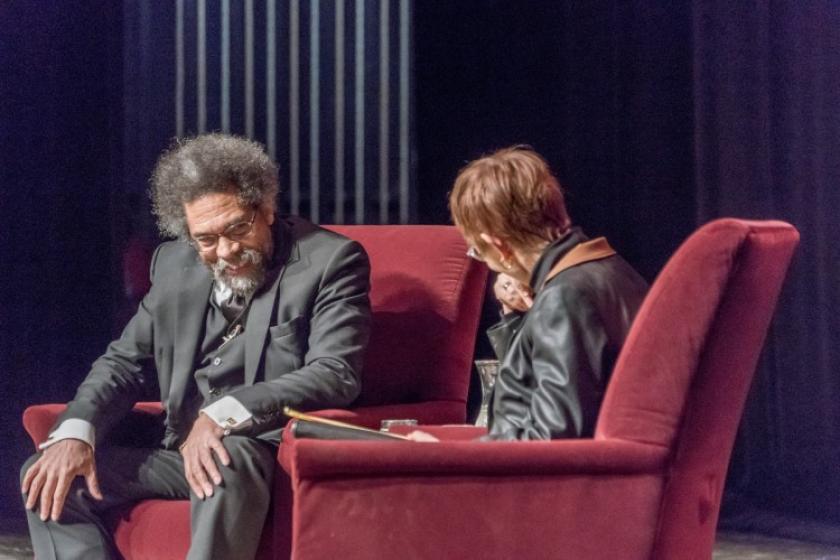 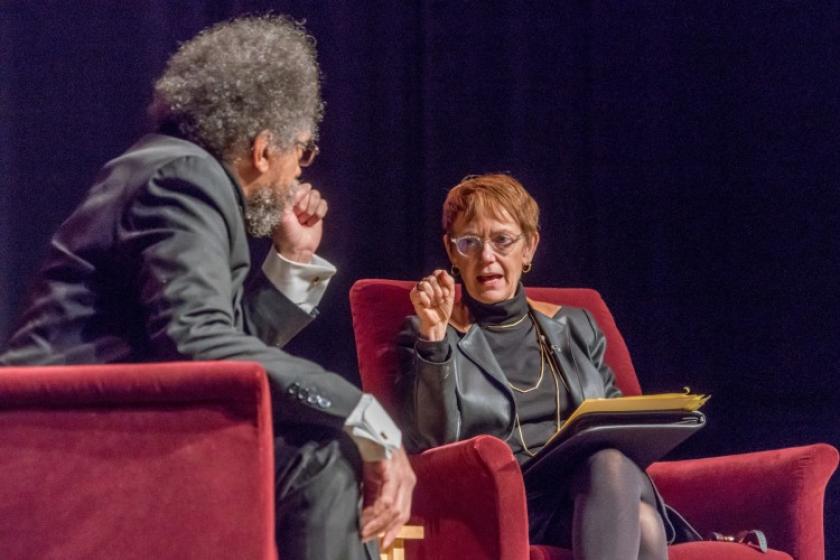 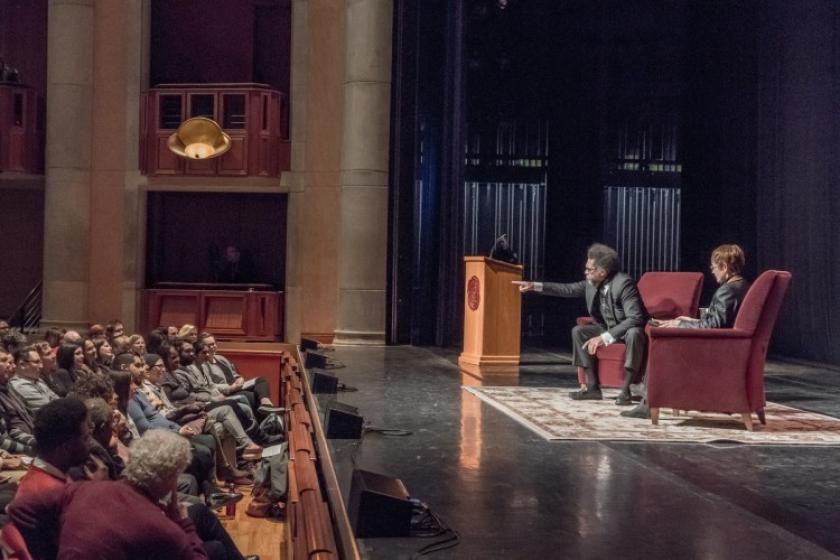 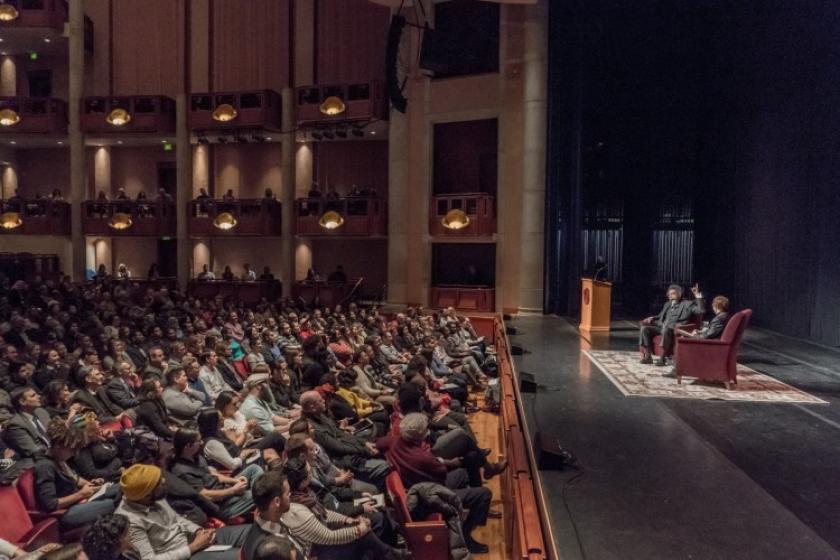 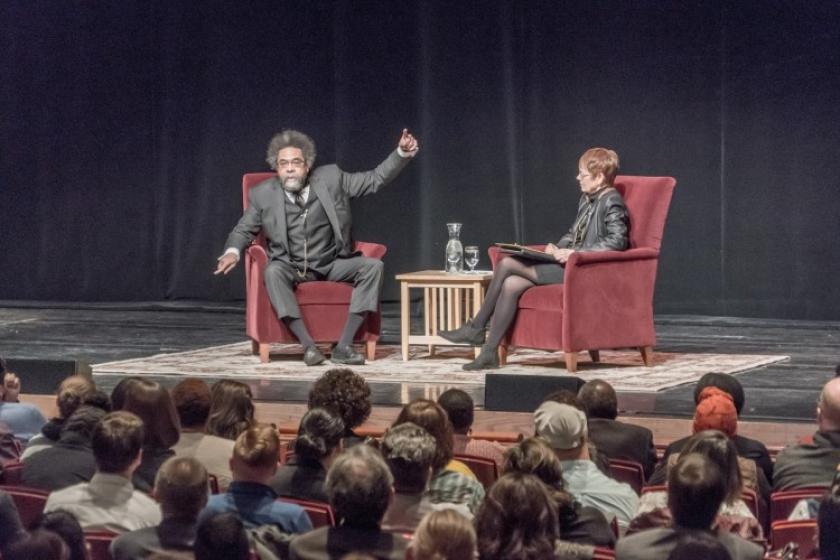 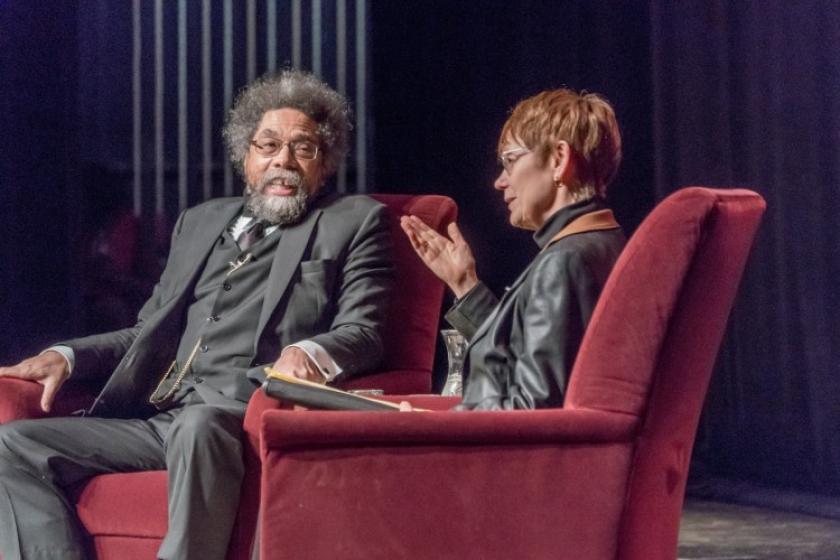 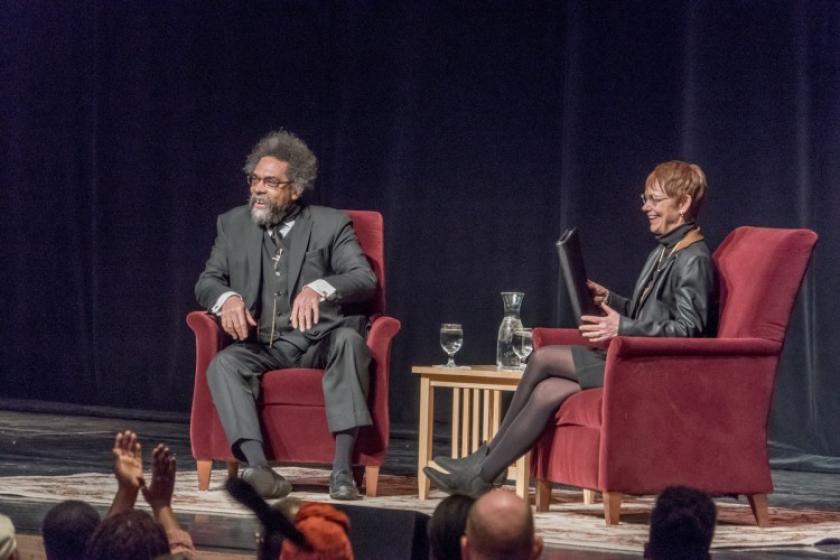 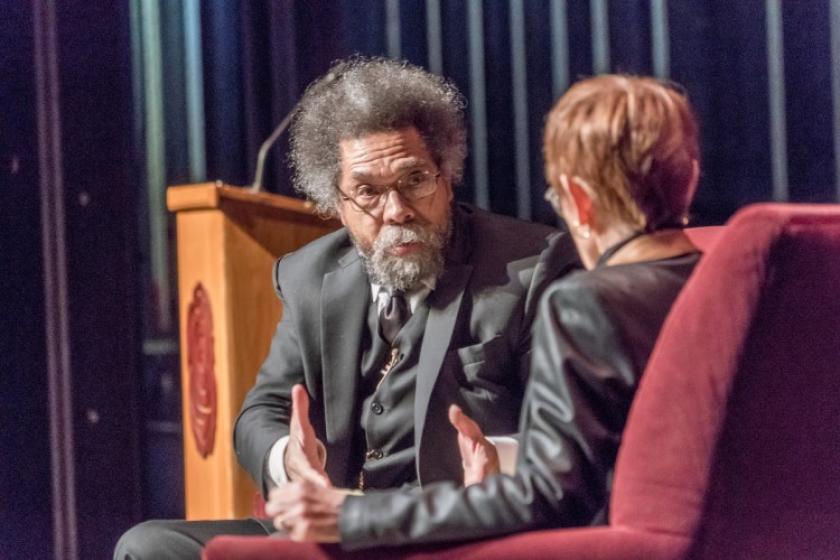 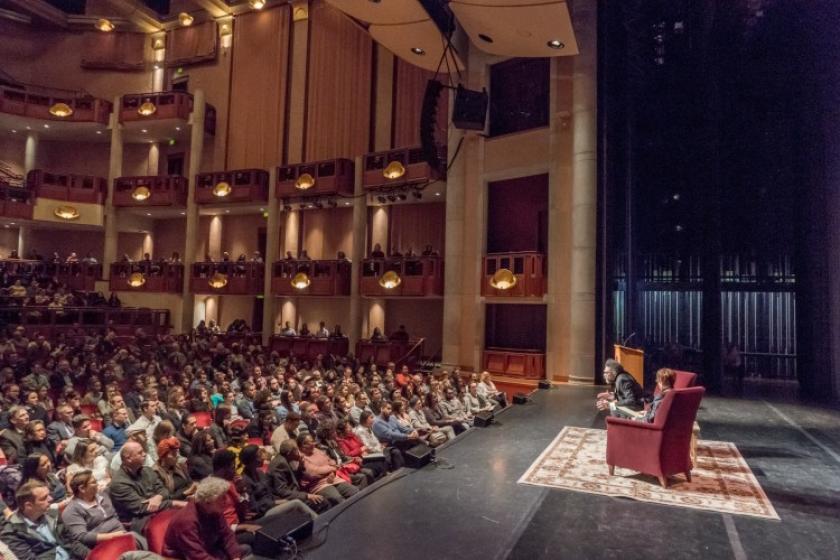 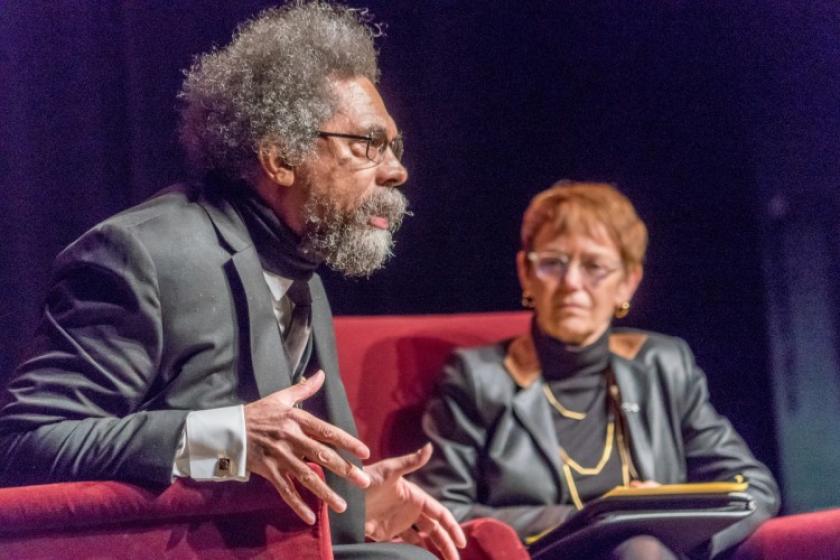 Sometimes the dialogue becomes impassioned. Sometimes, West said to chuckles from the crowd, he goes too far. That’s OK. He believes there is a time to be harsh and provocative, and he’d rather go too far than not far enough.

The important thing, he said, is to avoid indifference. Prioritize substance over superficial images. Criticize, he urged, but also be open to criticism in the name of self-examination.

“There’s nothing wrong with taking a strong stand, but every stand in the end is still a fallible stand,” he told the crowd. “We’ve got to fight all forms of dogmatism, all forms of self-righteousness, all forms of believing one has a monopoly on truth or goodness or beauty.”

Grasping the idea takes intellectual dialogue and love, West said. These are essential to making something beautiful out of something rough.

And Thursday afternoon on stage, he had everybody clapping along.