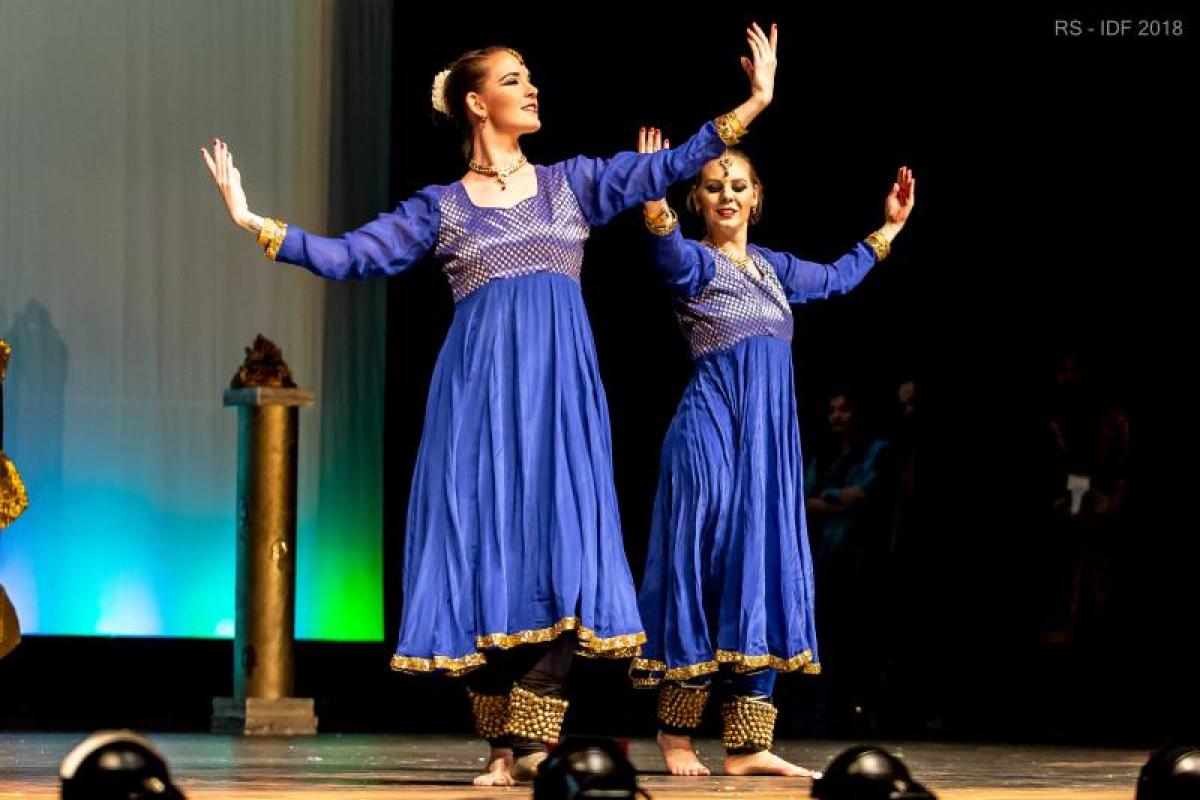 This wasn’t the class that was supposed to be a life-changer. This was an elective, taken the last quarter of Cailey Salagovic’s college career, well after the classes for her major had been completed.

But when Salagovic, a voice major at DU’s Lamont School of Music, signed up for the North Indian Classical Ensemble, a course taught each quarter by Lamont faculty member Sarah Morelli, she took the first step in a journey that would lead to a new passion, a new community, and eventually a trip to India to assist her mentor on a voyage of cultural cross-collaboration.

“I thought, ‘Indian music is really interesting. I don’t know anything about it; I will sign up for this,’” Salagovic, who graduated from Lamont in 2013, remembers of her initial decision to take the class. “I had no idea at all that it was a dance class, so I went the first day of the quarter and spent the whole time thinking, ‘I’m not a dancer; I should probably drop [the class].’ But somehow, between that first class and the drop deadline, I thought, ‘No, that was nice. I kind of liked it. I’ll stick to it.’ If you would have told me that first day that five years later it would be such a big part of my life, I would not have believed it at all.”

The North Indian style of dance known as kathak has become a huge part of Salagovic’s life, thanks in large part to Morelli’s passion for the dance and her efforts to keep interested students involved even after they graduate. Salagovic spent much of her first post-college year coming back to campus on her lunch breaks to train with the DU ensemble. After that came the opportunity for a weekend-long intensive in the Bay Area, studying at the prestigious kathak school where Morelli had trained for three years. Then, back in Denver, Salagovic joined Morelli and another former student, Carrie McCune (BM ’14), in opening the Sureela Academy, an Indian dance school.

“The vast majority of our students are either people who have emigrated from India or first-generation Indian-American kids,” Salagovic says. “Being able to dance with and work with and share with that community has allowed me to participate in a lot of cultural things that I was not aware of before, in a very lovely, organic, supported way. Maybe someone will invite you to their Diwali party, or to share a home-cooked dish that they brought. It’s been a real pleasure to get to experience other cultures in that way.”

In summer 2018, Salagovic and McCune got to experience Indian culture firsthand, accompanying Morelli to India to assist on a new production by the Leela Dance Collective, an ensemble co-founded by Morelli and four other disciples of the late kathak master Pandit Chitresh Das.

“[The Leela Collective] was doing the first performance of a collaboration with Rajasthani folk musicians, and so Cailey and I went mainly in support of that,” McCune says. “We were videographers, photographers and interviewers, and we also got to dance in the back of some classes, which was a real treat. We met with a great kathak teacher in Delhi, and getting to connect with kathak dancers in India was amazing. We got to sit in and watch classes and then speak with them about the state of Indian classical art and their studies in India and their pursuits. Getting more in-depth on the art form was really valuable.”

Like Salagovic, McCune signed up for Morelli’s ensemble class without knowing much about it and soon found her life transformed. In addition to teaching at Sureela, she now visits the Bay Area regularly to train at the Chhandam School of Kathak, started by Chitresh Das. Eventually she hopes to perform with the Leela Collective.

“I love how holistic of a practice it is,” McCune says of kathak. “You not only get to work on singing in tune and dancing in time and doing really interesting rhythmic phrases and permutations with your feet, but you’re also focusing on the delicacy and grace of body movements as a dancer. It really takes every ounce of your focus to do.”

For her part, Morelli is proud of the part she played in introducing her students to kathak. Her own journey to the dance came while she was pursuing her PhD in ethnomusicology at Harvard. To flesh out her dissertation, she traveled to the Bay Area to study the music school founded by renowned Indian musician Ali Akbar Khan. She ended up studying with Khan, a path that eventually led her to Chitresh Das, who died in 2015.

“I was planning to be in California for three months and ended up staying three years,” she says. “Mondays would be music classes with Ali Akbar Khan, Tuesdays would be kathak classes. Wednesdays were music, Thursdays were kathak, then Friday, Saturday and Sunday would be some combination of the two, plus concerts. It was really a deep dive.”

Now an associate professor of ethnomusicology and chair of musicology and ethnomusicology at Lamont, Morelli has made it her mission to bring kathak to DU, Denver, and the wider world through her DU ensemble (open to music majors and non-music majors alike), the Leela Dance Collective and the Sureela Academy. She considers herself blessed to have trained with masters of Indian music and dance.