Andres Pulido exits undergrad with two majors, applicable job skills and a newfound sense of self 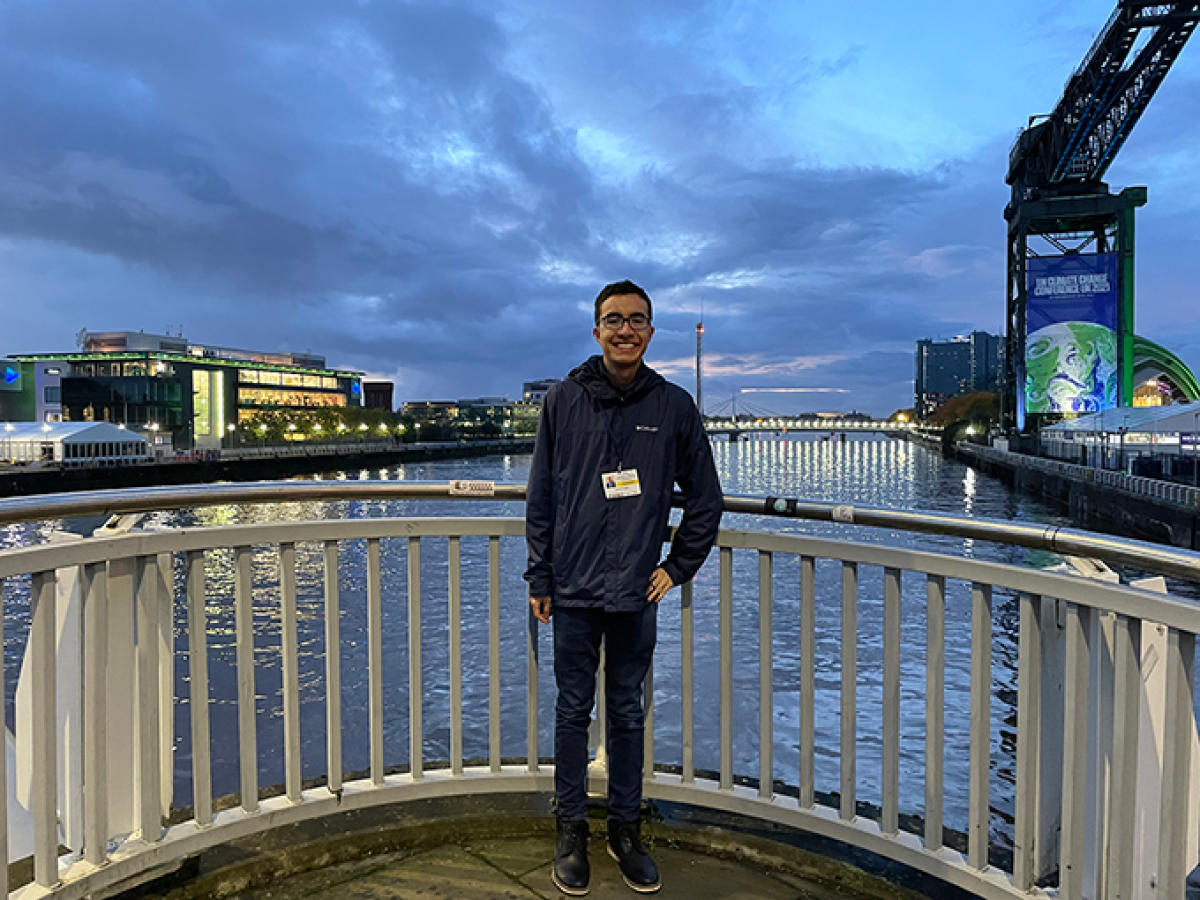 We’re about half an hour into an interview about his life and college experience, a couple months before he walks across the graduation stage at Magness Arena. The question at hand is about the value he places on contemplation, referring to a Q&A he did with Poets & Quants, which named the University of Denver student one of the best and brightest in the Class of 2022. Pulido laughs and gathers his thoughts.

“I think that’s one of the most important lessons I’ve learned, both as an individual and going through this crazy journey of life,” he says. “Carve out a space for reflection.”

That space will have to be pretty large to hold the contents of Pulido’s undergraduate career at the Daniels College of Business.

In four COVID-bridging years, Pulido has interned everywhere from U.S. Bank to Denver International Airport to the Executive Office of the President with the U.S. Trade Representative of the Biden-Harris Administration. He worked with the City of Englewood, Colorado, to address community homelessness. He studied abroad in Glasgow, where he attended the United Nations COP26 Climate Change Conference. On campus, he conducted research at the Pardee Center for International Futures (part of the Josef Korbel School of International Studies), served on a Grand Challenges Collective Impact Cohort and participated in at least seven case competitions.

Oh, and he moonlighted as a Zoom trivia host when COVID pushed social activities online.

“I’ve learned so much about myself, about becoming more independent, continuing to develop and continuing to learn — not just academically but those personal, relational aspects as well,” Pulido said. “When I think about reflection, I think about my own personal journey. I think of the people that believed in me.”

The list of supporters and fans is long. It starts with his mother and his father, whose work in the mining industry exposed a young Pulido to foreign cultures in London and South Africa. Then there’s his siblings, the Boettcher Foundation — which awarded him one of its prestigious scholarships — and faculty at DU, like Chris Hughen.

“As I advise students in future years, I will be holding up Andres Pulido as an inspiring example of how much someone can accomplish during their time at DU,” said Hughen, an associate professor of finance and director of the Marsico Investment Center.

In Hughen’s class, Pulido learned to take what he studied in his introductory courses and apply it to a live environment. The dexterity he acquired that quarter propelled him to the position of head portfolio manager of the Reiman Investment Fund over the summer. There, he impressed Hughen with his leadership, maturity and natural feel for the market.

“He has developed a rich set of research skills that fit well with his passion for understanding the business world,” said Hughen, who also served as Pulido’s distinction advisor. “We need more people like Andres in financial careers. He has proven his dedication to creating a better society. I am confident that he will continue his work in improving our financial system to promote a more sustainable economy.” 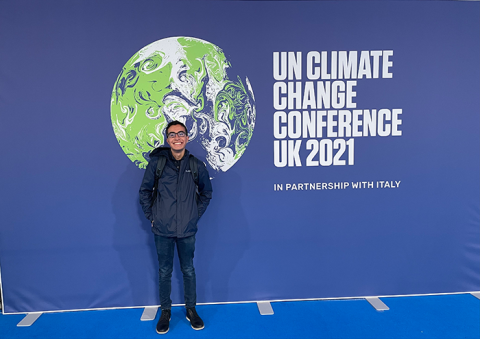 Pulido came to DU with his eye on politics. High school interests in numbers and social studies turned into a double major in finance and international studies. He aspired, at first, to be a “statesman,” someone who could interact with and assist communities in the United States and abroad.

“Growing up, seeing differences in standard of living, seeing differences in political systems, I think that sparked some of my curiosity,” he said. “I had the chance to move around and have the world be my classroom at a young age. That was certainly a beautiful experience. It was hard at times. It taught me a lot about adaptability.”

Those lessons came in handy in March 2020, when a pandemic — unprecedented for anyone alive today — swallowed the globe.

Pulido moved home to Lone Tree and took classes online, trying to savor the unexpected extra time with his family and his pets.

“It was challenging but I think we all grew from it,” he said. “While it’s easy to have plans, to be able to deal with that uncertainty and be able to develop that flexibility and resilience when those plans change.”

After graduating with the Class of 2022 in June, Pulido won’t be going far. After a summer internship with Morgan Stanley in New York and the ThinkSwiss Research Scholarship in Switzerland, he’ll return to DU for a master’s degree in global finance, trade and economic immigration, the tail end of his 4+1 program. He’ll spend the fall on scholarship, studying the green bond market in Geneva — another opportunity, he says, to exercise the skills he picked up at Daniels to a professional environment.

A career in finance feels imminent. Working in research is on the table. A PhD isn’t out of the question either. The possibilities feel limitless.

“DU really supported me in merging these fields that may seem disparate to meet my unique interests and my unique professional aspirations,” Pulido said. “I think I have a better direction of where I’m going.” 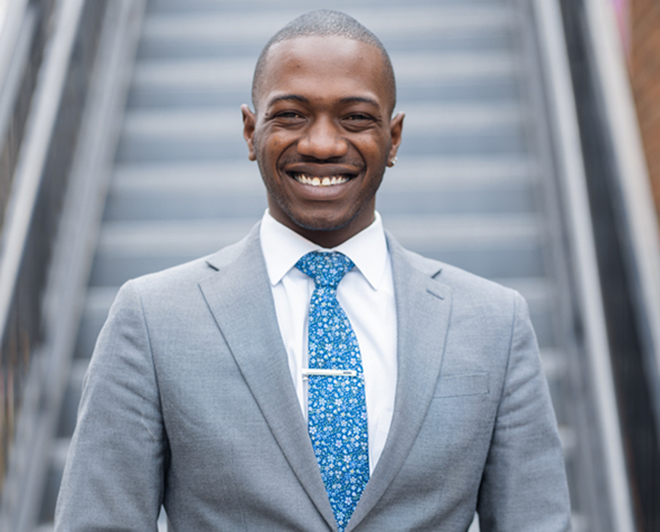 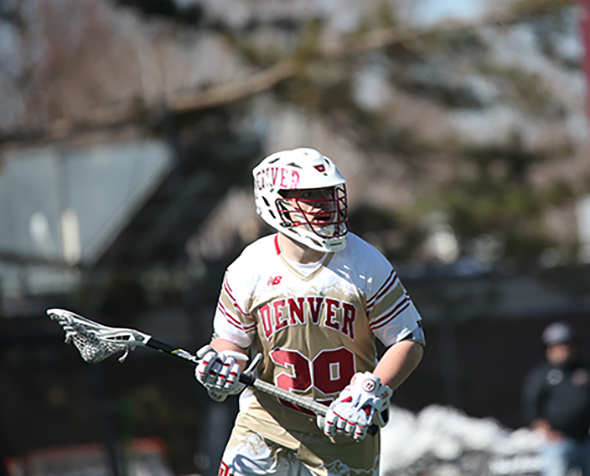 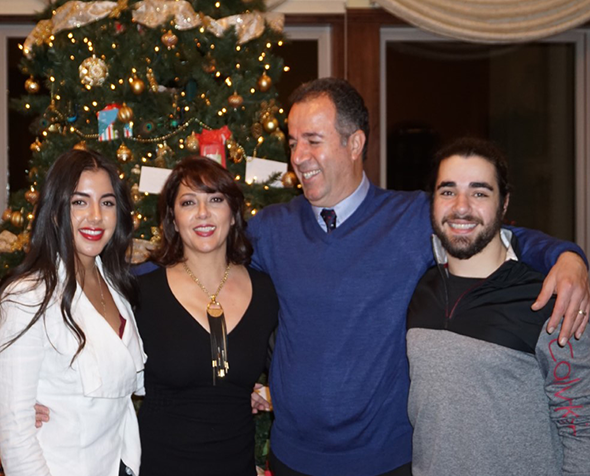