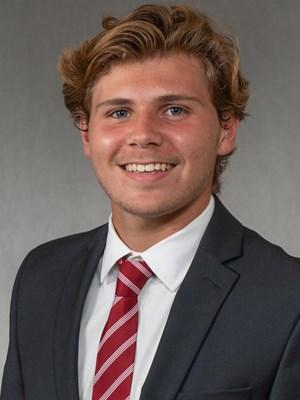 Ethan Ash’s days look a little different from those of most college students. He’s up at 5:45 a.m., when the majority of the DU campus is still sleeping. Ash says the early mornings, however, are entirely worth the rich experiences that have come with being part of DU’s men’s soccer team.

On a typical day during soccer season, Ash, a junior studying business management, heads to the locker room first thing in the morning where he eats breakfast with the team, helps get all the equipment ready for training, trains, does strength and conditioning, and gets any needed rehab work done. He then heads to classes from about noon to 6 p.m. After classes, Ash has time for a quick dinner with some of his teammates and homework before heading to bed around 9 p.m.

When asked what being a student-athlete has taught him that he will carry with him after graduation, Ash says, “Don’t waste any day. Go in and approach every day with the mindset to be better — on the field, in the classroom, in every part of your life. Having that positive mindset will help you every day, whether you’re an athlete, a parent, in the workforce, no matter where you are.”

While many of his favorite DU memories involve soccer — he says his first home game at DU is a highlight — Ash also says he has loved being part of DU’s academic community. As a freshman, Ash and his team won second place in DU’s Madden Challenge, a quarterly competition where student teams pitch their business ventures to successful entrepreneurs, angel investors and business experts from the Denver business and DU alumni community. Ash’s team proposed a wearable device that would measure neurotransmitter levels in patients who are at risk for suicide and alert their medical team if levels were worrisome.

One of the things that Ash values most about his DU experience is the feeling of being part of a tight-knit community. “I love the social interaction I get walking around campus. I see so many classmates that I know, as well as my professors and administrators. I love that the faculty really makes an effort to get to know students here,” he says.

With a twin brother who is also in college, Ash says his scholarships not only have helped him, but his entire family. “Thank you is an understatement. I wouldn’t be where I am today without the donors who have given to DU,” he says.

To learn about how your gift in support of scholarships can make a difference in the lives of students like Ethan, contact ScholarshipGiving@DU.edu.