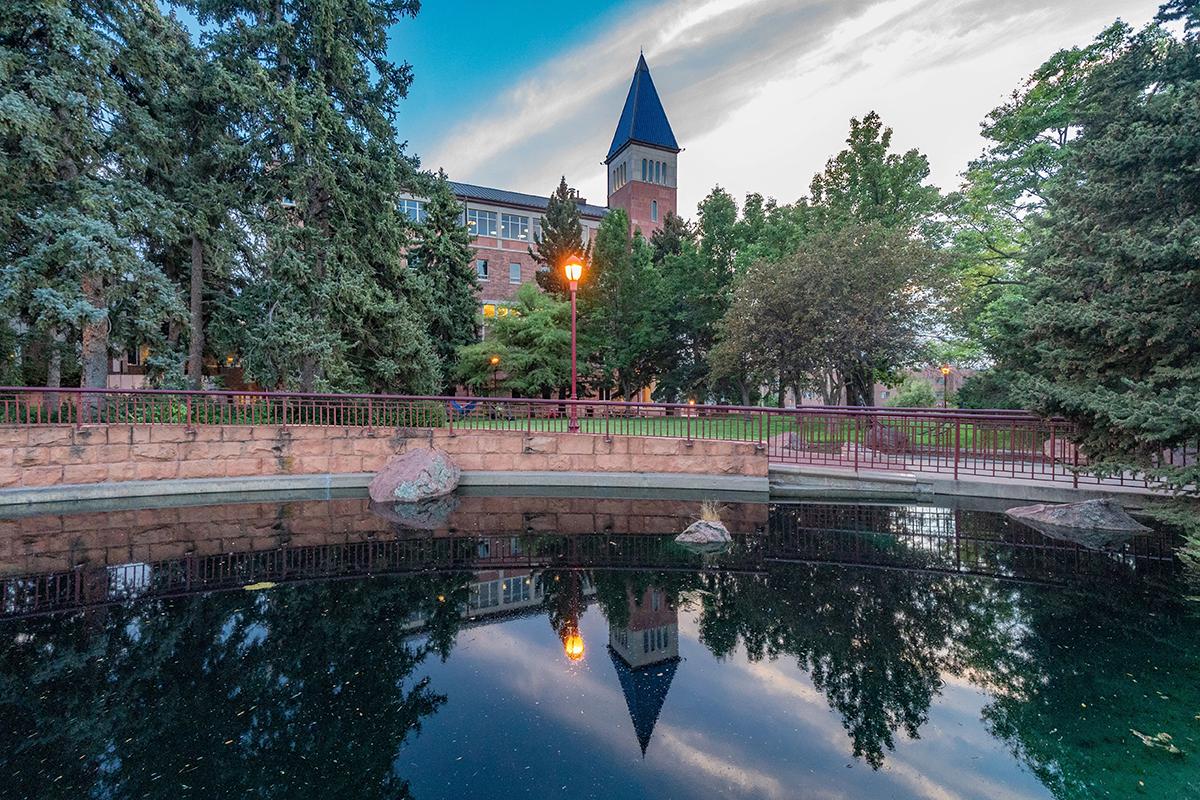 In 2008, the University of Denver joined what is now known as the Presidents’ Climate Leadership Commitments, launching DU’s push to reach carbon neutrality by 2050. Now, amid dire reports about the state of climate change, the University has moved the goalpost closer.

“We at DU choose to be carbon neutral not in three decades, but in this decade,” Chancellor Jeremy Haefner said during his inauguration ceremony. “We choose to do so because of the challenge, because of our relentlessness, and because we are determined to do the right thing.”

Electricity accounts for nearly 50% of DU’s carbon emissions, reports Chad King, DU’s executive director of sustainability. Another significant portion, King says, comes from on-campus activities, such as the fuel used by DU’s fleet of vehicles, the fertilizer that keeps grounds healthy and vibrant, and the natural gas that heats buildings and water. King and his team also factor in University-sponsored air travel and commuting, in addition to emissions from our waste and wastewater.

With so many sources of carbon emissions to consider, the task of dropping emissions to zero is daunting, but both possible and necessary, Haefner says.

“Collectively, we must plan carefully. We may have to make sacrifices,” he said. “But these sacrifices pale in comparison to the consequences we will face — and the next generation of students will face — if we don’t act now.”

Later this year, King and Haefner will convene a task force of University experts in sustainability and carbon neutrality to begin assessing strategies. In the meantime, King has a few ideas, including technological solutions, working to change on-campus behaviors, exploring new renewable energy solutions and evaluating more efficient ways to heat campus’ buildings.

Though Haefner’s bold goal sends DU into a new phase of sustainability projects, the University is no stranger to carbon neutrality work. In addition to its commitment in 2008, DU set a previous goal of lowering its carbon emissions by 24% by 2020. Based on a 2006 baseline, the University achieved this goal ahead of schedule and, by fiscal year 2020, had reduced its carbon footprint by 28%.

That didn’t happen overnight. Through years of diligent work and the work of others in the Denver community, DU diligently explored new efficiencies, such as switching light bulbs across campus to LEDs, installing light sensors, and upgrading fans and chillers to more sustainable options. What’s more, longstanding education campaigns, on-campus electric vehicle charging stations and the addition of free access to public transportation to all in the DU community have helped reduce the impact of commuting to and from campus. Most recently, DU began a campus shuttle program, which helps close the “last-mile” gap for those commuting via bus or light rail.

A carbon-neutrality focus isn’t just about protecting the environment, King says, but also about living up to DU’s role as a Denver anchor institution and a University dedicated to the public good.

“We know that our poor air quality affects all people. It's an intergenerational effect on health and well-being in this region. We also know that the folks that are most affected by poor air quality in Denver are living in the areas that have been economically depressed over time,” he says. “The very nature of this work is, at its core, directly related to social justice. There are ways that we can look at carbon offsets that will actually be investments into justice in our community.”

In looking beyond the campus borders, the University has earned the commendation of the larger community too, says Grace Rink, chief climate officer for the City and County of Denver.

“I applaud DU for recognizing the urgency of climate action and aiming to achieve its goal 20 years faster,” Rink says. “Not only is DU a major institution in our city, it is also educating future leaders who will take this urgency into their careers around the world.”

While much of this work will take place at the critically important institutional level, King and Haefner both underscored the importance of involving the entire DU community in reaching this new goal. In being actively involved in solutions, students in particular also will gain invaluable training to make an impact far after their days at DU are done. 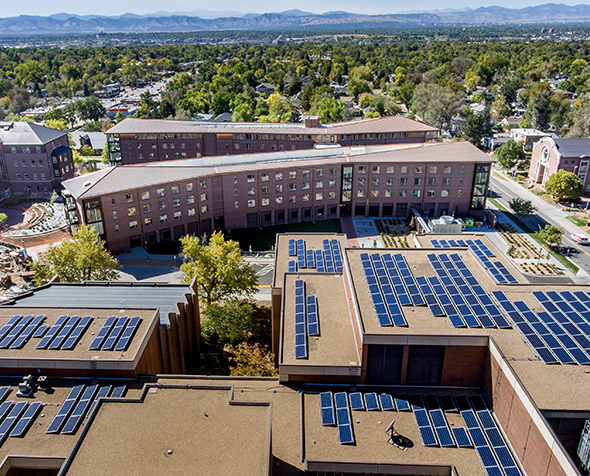 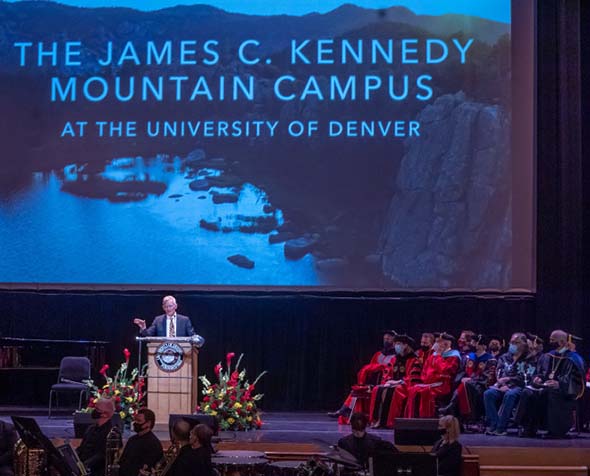 Jeremy Haefner Installed as 19th Chancellor of University of Denver