DU club addresses pollinator decline on campus and beyond 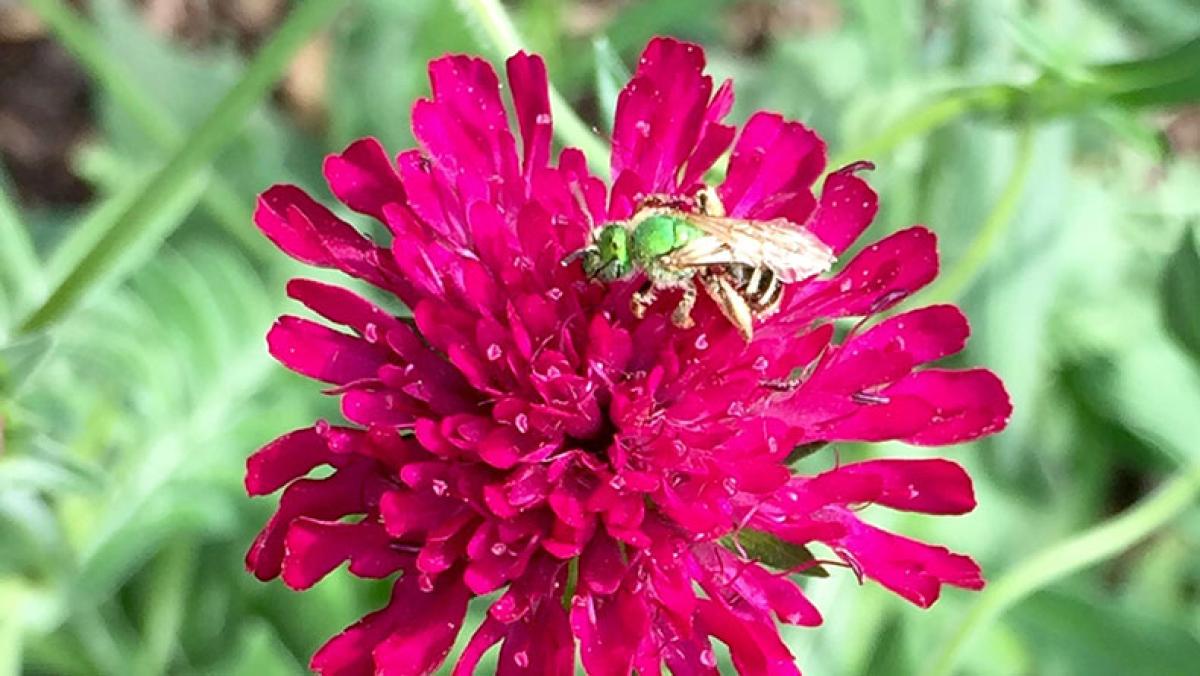 Bees may spell fear for some, but Dana Lenhoff, a recent University of Denver graduate, is fond of their “furry little bodies” and keenly aware of how vital they are to a healthy planet.

While studying abroad in Australia, Lenhoff, who majored in psychology and communications, visited Sydney’s Royal Botanic Garden, which was hosting an exhibit centered on pollinators. That’s where Lenhoff first saw the impact of pollinator decline and felt moved to action. 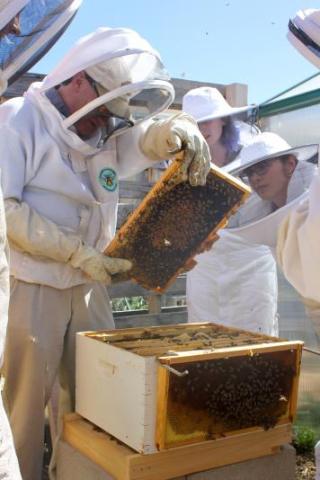 “All around the exhibit were little facts about how pollinator health affects humans — the kinds of food production that would be lost if we didn’t have pollinators, the impact they really have,” she recalls. “To actually see the repercussions of what will happen if we don’t save the bees was really eye opening. I thought if more people knew this, maybe they would do something to help.”

Lenhoff returned to DU ready to make a difference and found that, in her absence, a swarm of like-minded students was already organizing. A group of students from one of DU’s Living and Learning Communities had created the Pioneers for Pollinators club, dedicated to spreading awareness about the critical role bees play and making campus more pollinator-friendly.

That was two years ago. During the remainder of her time at DU, Lenhoff served as both vice president and president of the club, helping the fledgling organization establish itself. Her tenure saw the cleanup of DU’s community garden, home to its very own hive of bees; numerous collaborations with a sister club, the DU Botanical Society; and a presentation at the People and Pollinators Action Network’s Colorado Pollinator Summit.

Along the way, Lenhoff says she learned a lot about pollinators, from how to care for a hive to the ins and out of pollination to the complexities of different pollinator species, including bats, birds, butterflies and thousands of species of bees. (Colorado alone has 900 different species of bees.)

“Once you learn about them, it’s hard to hate them,” she says. “The more I learn about how smart they are and how hard they work, … the more I see there’s so much more to learn, and it’s so important to human survival.”

In the coming years, faculty advisor Julie Morris, teaching associate professor in biology, says the club plans to build that educational piece, using DU as a sort of pollinator lab. Already the community garden and its “spokesbees” have made an impact, but the pollinators remain in dire need of support.

Those two projects, which the club hopes to kick start during the next academic year, are designed to build awareness for the broader campus community. “Solutions to these problems are not just based in biology,” Morris says. “It’s really got to be social and economic as well. We need everyone to understand the problem.”

That’s because there’s no simple solution to such a complex, far-reaching problem that affects both non-native honeybees and Colorado’s native pollinators alike. The alarming pollinator decline, Morris explains, is likely due to a combination of habitat loss, harmful chemical use in agriculture, lack of varied plant life and disease susceptibility.

Humans are due to suffer alongside the pollinators. “One out of three bites of food you eat is dependent upon pollinators for its existence. Pollinator decline in a time when we are already facing food insecurity is troubling. There’s an economic impact to that too,” Morris says. And, as pollinators face peril, so too does biodiversity, a key ingredient for a healthy ecosystem — critical for things like clean air and water.

Troubling as the picture looks, the Pioneers for Pollinators deal in solutions and are determined to reverse the decline. They understand, Morris says, that “everything is connected. When you start removing things, it’s like a game of Jenga, and our systems are shaky at this point.” 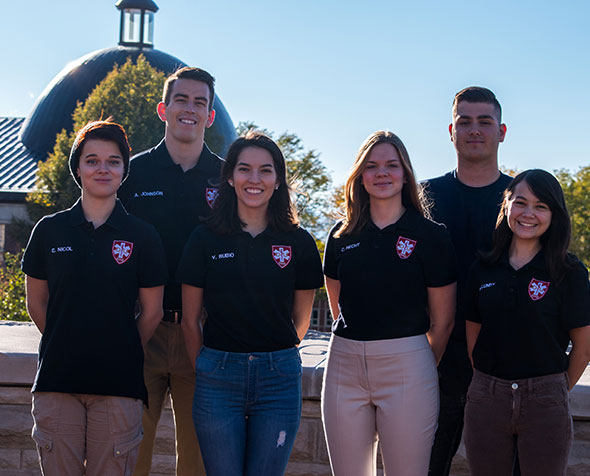