DU 'Dreamer' is First to be Admitted to Colorado Bar

“From the moment that I set foot on the University of Denver campus, I never felt that I was someone who shouldn’t be there. I always felt like someone who belonged.”

Since coming to the United States as an 11-year-old, Edgar Barraza has faced countless challenges—including finding a place for himself in a new city and country.

Barraza and his family migrated to the U.S. from Mexico and worked hard to make a new life for themselves. They decided to live in west Denver, and without knowing any English, Barraza and his siblings immediately enrolled in Denver Public Schools.

“My mother has always been the one that is our main drive; she has always pushed us,” he says. “From the very first time that we came to the United States, we saw education as the only key to success for advancing ourselves.”

The struggle for Barraza was making education a priority while also helping support his family. When he was a freshman at Denver West High School, he started working full time at Wendy’s. On many nights, he would go without sleep so that he could complete his homework.

“I knew that education would save me,” Barraza says. “I worked full time to support my family, but I did not allow that to distract me at all from my studies.”

When he graduated from high school in 2006, Barraza was ranked sixth in a class of more than 250 students. Even so, he faced a new set of challenges when it came time to start looking at colleges. After participating in the Volunteers in Partnership (VIP) high school program at the University of Denver, he set his sights on attending DU.

Realizing that dream was going to be a challenge because Barraza was undocumented. He didn’t qualify for federal or state financial aid. On top of that, banks would not provide a loan, and few scholarships were available. Fortunately, he did qualify for the full-ride Nagel International Scholarship, which is awarded annually to three students by longtime DU supporters Ralph and Trish Nagel. It was the first, but not the last, time the Nagels helped Barraza realize his dreams.

Majoring in international studies and political science, Barraza took advantage of the course offerings and programs at the Josef Korbel School of International Studies. All along he knew he wanted to use this background to pursue a law degree from DU’s Sturm College of Law. But once again, finding financial support was a problem. A family member in Mexico helped him fund the first year of law school by arranging a loan through a Mexican bank. For his second year, a private law firm in Denver awarded him a scholarship. For his final year, Barraza approached the Nagels for help, and they agreed to finance his final year of law school. 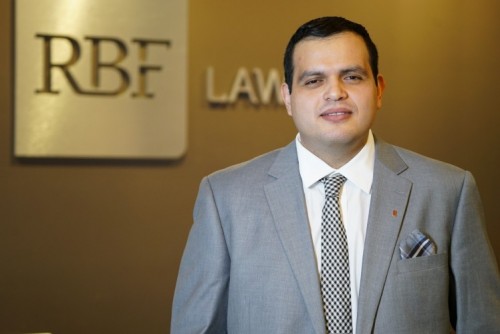 The significance of that accomplishment is not lost on Barraza. Now working at a private commercial litigation firm, he looks to help and give back to others. One way is by volunteering his time and serving as a mentor for DU’s VIP program.

Barraza says his story serves as a reminder that there are plenty of opportunities in this country for people willing to work for them.

“It makes me feel like every sacrifice I made and everything my family went through was worth it. There is promise in America, and the American dream is still alive.”