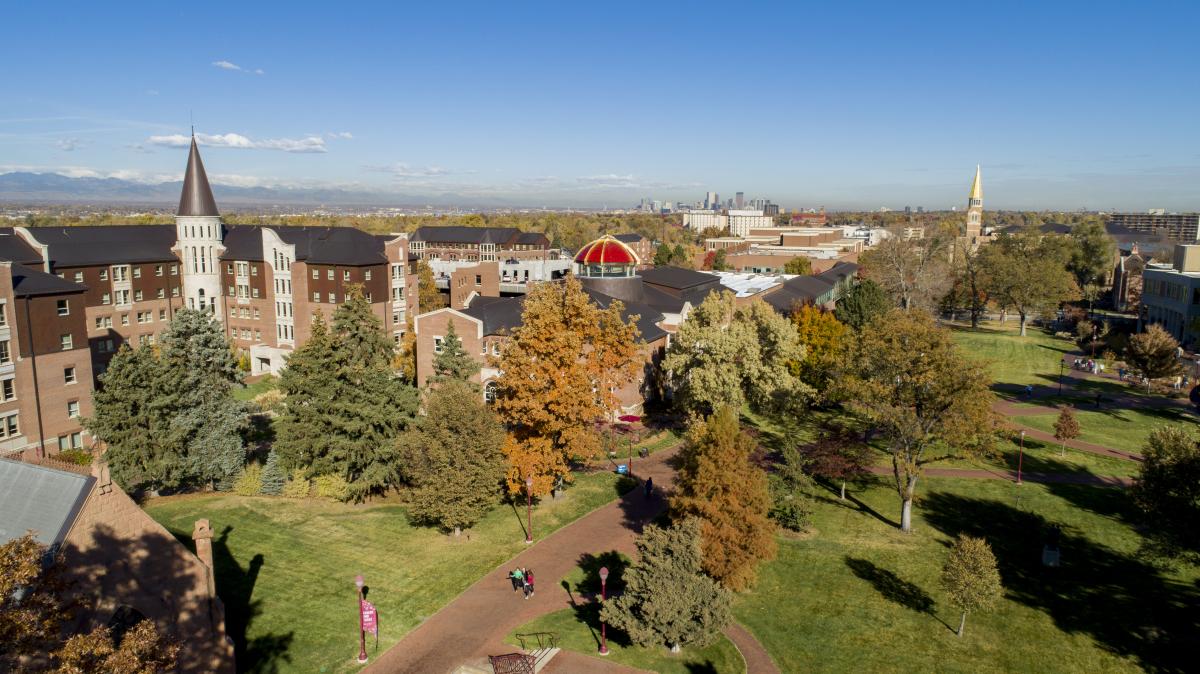 When some first-year students arrive on campus, they barely know the city they will call home for the next several years. There are many misconceptions about Denver — the city is always buried in snow, everyone skis, it’s like the wild west — but here, from a Denver native, are some truths about the city every newcomer should know.

There are other major cities at higher elevations, but you won’t find another capitol building at exactly a mile high. In fact, if you visit Denver’s capitol, you can stand — and snap a selfie — on the point that is exactly 5,280 feet above sea level.

With the elevation comes a list of reminders. First, the air is thinner, which means less oxygen. Until people get used to it, it often means getting tired faster when being active. Second, it could be more difficult to stay hydrated. At a higher elevation, you breathe more rapidly, which means you lose the water in your body more quickly. Finally, just because there isn’t a beach doesn’t mean that you don’t need to pack the sunscreen. In fact, because of the higher elevation (and Denver’s yearly 300 days of sunshine), it is often easier to get burned, even in the dead of winter.

You’re going to need some different types of shoes

If you’re planning to spend some time in the mountains in the winter, you will need snow boots and ski boots for Colorado’s 32 ski resorts. In the summer, you will need hiking shoes if you plan to climb any of the state’s 58 fourteeners — or mountain peaks exceeding 14,000 feet in elevation. And back in Denver, a good pair of tennis shoes is a must if you want to keep up with the city’s on-the-go population. (Coloradans are known for being some of the most fit and active people in the country.) If you play soccer or golf, don’t forget to pack your cleats. And finally, a pair of flip flops is essential for every season. You’ll know you’ve met a true Denver native when you see someone wearing flips flops in January.

Pay attention to what side of the street you’re on

While Denver is hardly ever buried in snow, there are times when north-facing homes or sidewalks on the north side of a building seem to be mired in winter. While the sun helps the snow melt during the day, the resulting puddles and pools are likely to freeze again overnight. So be on the lookout for black ice when you’re walking on north-facing surfaces.

One final note about snow: People love seeing, and photographing, all the white stuff piled up on their patio furniture. It’s the best way to measure a snowfall and establish snow-belt bragging rights.

You think traffic in your town is bad?

While Denver traffic may not compete with that of other big cities, a Sunday drive in the high country definitely might offer jams to write home about. Ski traffic contributes to a long drive home in the winter, but even in the summer months, what should be an hour drive on I-70 or highway 285 can take at least twice as long. Do whatever you can to avoid this drive on a Sunday afternoon. In-the-know Coloradans often head to the mountains during the week and come home early on a Monday morning.

There’s only one game in town

Whether you’re into baseball, basketball, soccer or lacrosse, you will find a professional team to follow in Denver. However, even though there are plenty of options for teams to watch, there’s one thing everyone should know: The Denver Broncos are king in this city. You’ll likely hear these expressions wherever you go: “I bleed orange and blue” or “there’s a reason why God made the sunsets orange and blue.” These speak to the importance of the Broncos in this community. While opening day for the Rockies may feel like a holiday and everyone might rally around a Stanley Cup run by the Avalanche, nothing compares to a Sunday when the Broncos are playing.