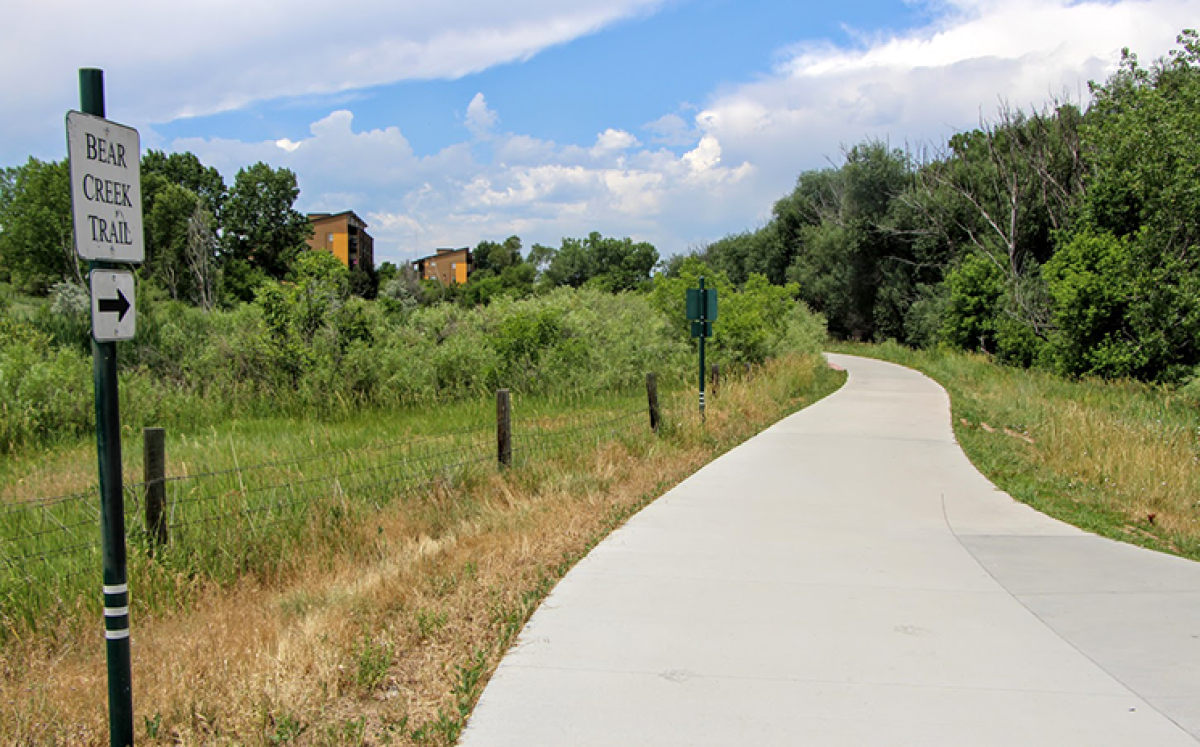 Looking for a place to hike, bike or run? Denver’s extensive trail system has you covered. Hundreds of miles of primary trails connect to secondary trails creating a web of pedestrian- and bike-friendly routes throughout the metro area. Denver’s temperate climate means you can enjoy everything from short scenic walks to two-wheeled adventures practically year-round.

Ready to enjoy Colorado’s great outdoors? Here are a few primary trails that will get you on your way. 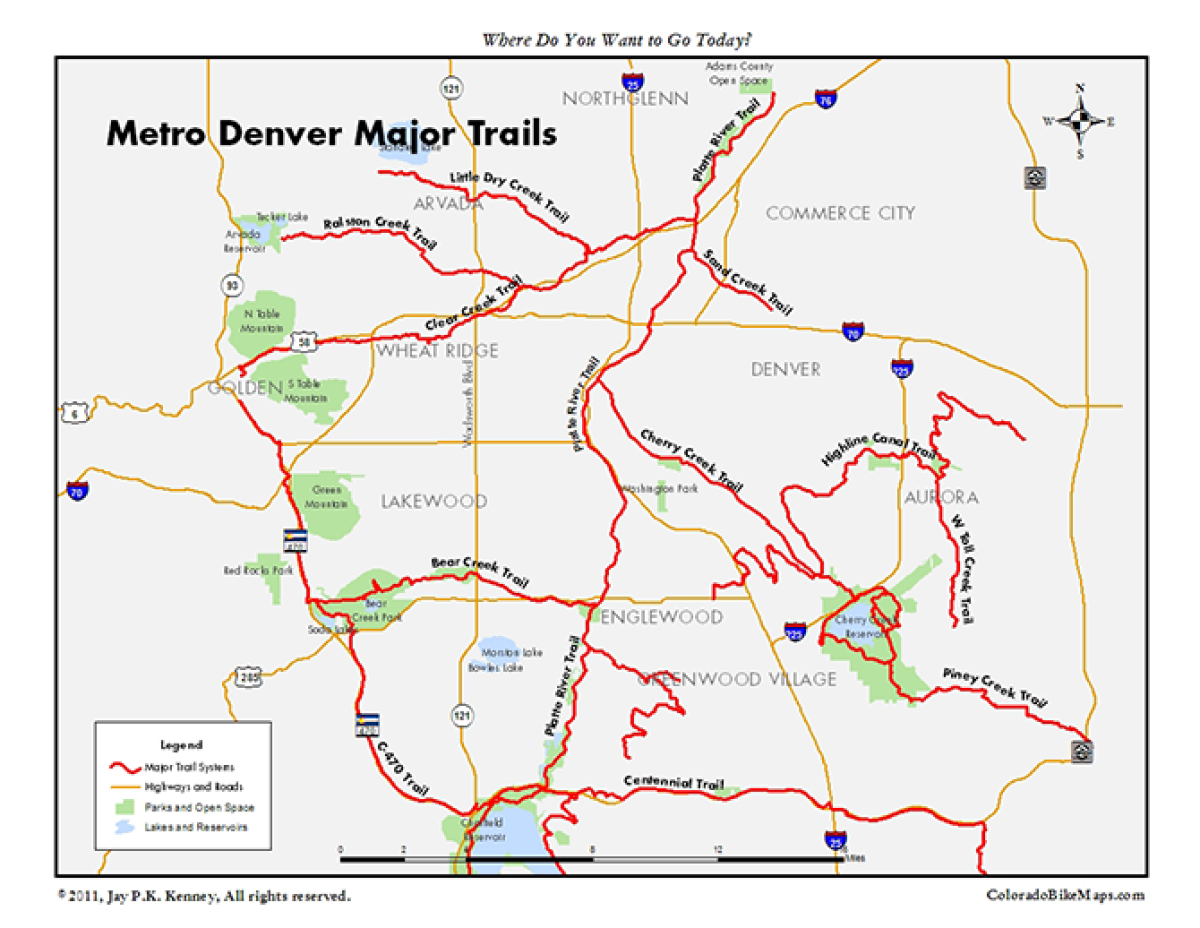 Bear Creek Trail
The Bear Creek Trail (pictured above) connects downtown Denver with the foothills of the Rockies. Catch the paved, multi-use trail at the South Platte River Trail near River Point Parkway. Then head west towards Bear Creek Lake Regional Park. If you’re ambitious, continue on to the town of Morrison, just outside of Red Rocks. The trail wends its way through Denver and Lakewood along Cottonwood filled parks. 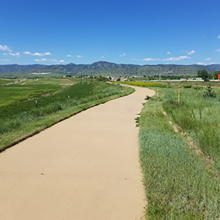 The C-470 Trail is commonly used for road biking, trail running and walking. The trail runs along Colorado State Highway 470 in the south metro area and provides access to popular destinations such as Chatfield Reservoir, Green Mountain and Bear Creek Lake Park. Head west for spectacular views of the Colorado foothills. There are many road crossings along the way and some tunnels and bridges for avoiding traffic and stream crossings. This trail connects to the South Platte River Trail, High Line Canal Trail and Bear Creek Trail. 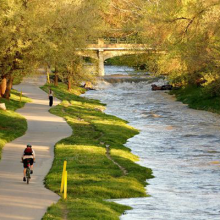 Cherry Creek is more than a shopping and dining destination. It’s a tributary of the South Platte River that runs through the heart of Denver. The 40-mile Cherry Creek Trail starts at Confluence Park and follows the course of Cherry Creek as it wends southeast to Cherry Creek State Park and ultimately to Franktown. There is easy access to the paved path from various roads and ramps and to city parks like Sunken Gardens, Alamo Placita Park and Four Mile Historic Park. It’s a popular trail for joggers, cyclists, scooter riders and others. 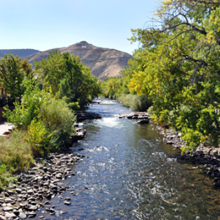 Also connecting with the South Platte River Trail is the 18-mile Clear Creek Trail. You can ride all the way from Denver to Golden, a fun, western town at the foothills of the Rockies. This long, paved trail passes through neighborhoods, industrial areas, parks and greenways along Clear Creek. The trail is paved in downtown Golden but becomes crushed stone and more tree-lined as you head west out of town. Numerous pedestrian bridges dot the route, allowing trail users easy access to both sides of Clear Creek. 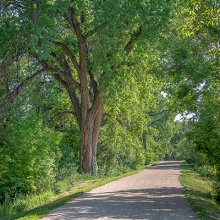 This historic 71-mile trail is one of the longest urban trails in America. The canal, built in 1883 to provide irrigation for the growing Denver region, used gravity to move water from the higher elevation foothills in Waterton Canyon to the lower plains northeast of Denver. The High Line Canal Trail offers a mix of surfaces from hard-packed dirt to pavement and is shaded by mature cottonwoods along its banks. The trail passes through many parks offering different amenities such as drinking fountains, picnic tables, restrooms and parking. It intersects with other popular trails including Cherry Creek and South Platte River. 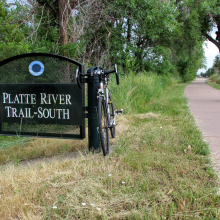 What do the aforementioned trails have in common? They all intersect with the South Platte River Trail. This paved, 36-mile trail is one of Denver’s most popular multi-use trails for birding, hiking, road biking and exploring. It extends north to Brighton and south to Chatfield State Park. The trail along the South Platte River had once been used by Native Americans and early settlers. The Colorado Historical Society commemorates some of this history with signage along the trail, explaining the human and natural history of the land, its geology and wildlife inhabitants. 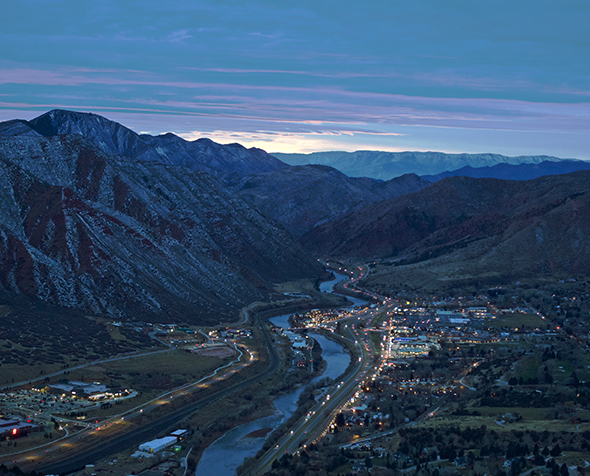 DU Field Notes: Five Day Trips for Your Next Getaway 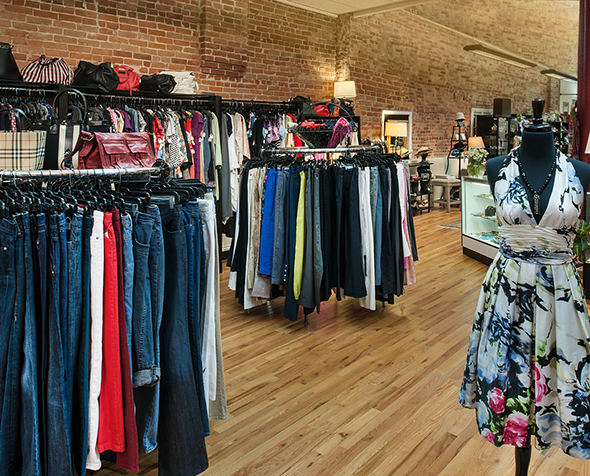 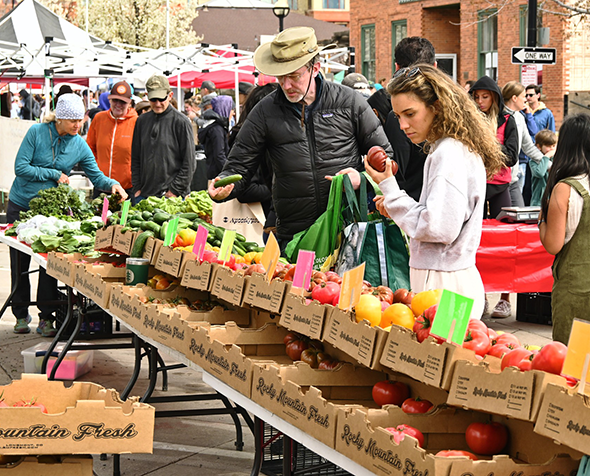 DU Field Notes: Get a Taste of Colorado at Local Farmers Markets