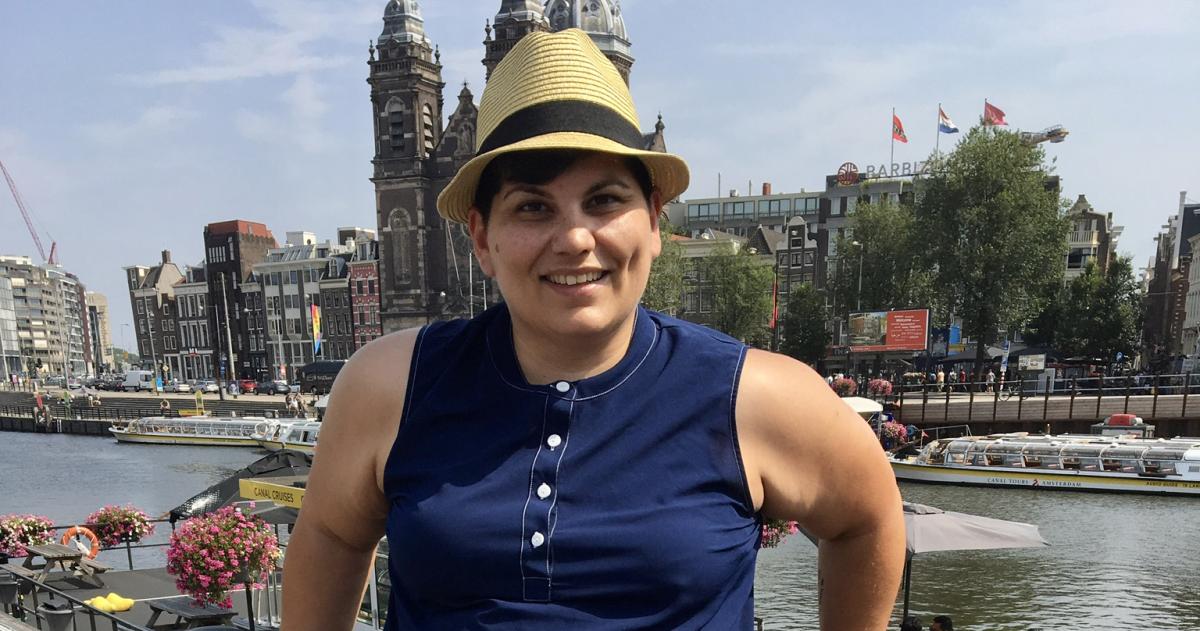 “Incredible” is an unexpected adjective for time spent in a homeless shelter, but it’s exactly the word Ceema Samimi uses to describe their experience. Samimi (who uses they/them pronouns) entered a homeless shelter alone at just 16 years old, and was floored by the support they received from the shelter’s social workers. Now, they understand how truly special and novel that support was.

“It’s funny because I eventually became a social worker, and I was very naïve when I was younger thinking that all organizations were like that and all social workers were like the social workers I had in my life,” Samimi says. “Later on, when I started working, I was like, ‘Wow.’ These people don’t get it. They don’t get the power of young people.”

Samimi’s personal experiences throughout a childhood they describe as tumultuous, and years of witnessing the silencing of young voices, have fueled their work as a doctoral student at the University of Denver. This summer, after four years, they will graduate with their PhD from DU’s Graduate School of Social Work (GSSW) before departing for a faculty position at the University of Minnesota.

After spending time in both the social work and community organizing fields, Samimi realized that a doctoral program could be the kickboard to making a lasting difference, and GSSW, with its genuine commitment to research aimed at the public good, was a perfect fit.

“I came to a PhD program because I realized no one was going to listen to me as a social worker based on my experiences,” Samimi says. “As a researcher, as a PhD, people pay more attention because you have evidence to show that these things are actually happening to people, or that x is causing y.”

As a critical race scholar at DU, Samimi has undertaken research on a variety of topics, including restorative justice and the school-to-prison pipeline. Most recently, their work has focused on racial disparities in the local school system’s disciplinary approaches. Samimi dove into disciplinary data, examining suspension rates among students of different races, and interviewed a number of teachers about their experiences.

Samimi’s research found that very few schools are free of racial disparities in their suspension rates. And in schools where white and black children are suspended at similar rates, teachers indicated that school leadership, policies and parent involvement were crucial in reducing such disparities.

In their new role at the University of Minnesota, Samimi plans to continue examining the dynamics between institutions and youth power. Their research won’t just exist inside academic journals and classrooms though — it will seep out into the community it is designed to serve.

“Research isn’t about people sitting around in a room writing,” Samimi says. “It’s really about working with communities to figure out what is happening in the real world and how we make that make sense on paper so that we can change policies and create programs and do things to impact communities.”

In addition to research, Samimi has dedicated an extraordinary amount of time to teaching, taking on a class nearly every quarter, and has been actively involved with DU’s Interdisciplinary Research Institute for the Study of (in)Equality (IRISE). In their first two years at DU, Samimi participated in IRISE’s Rogers Salters Institute, which supports students involved in racial justice research and scholarship. Samimi went on to become a graduate student assistant with IRISE, eventually running the Rogers Salters Institute designing curriculum, events and workshops for participants.

Though Samimi’s time at DU is complete, Yoli Anyon, a GSSW associate professor and close advisor to Samimi, says she looks forward to seeing them continue to thrive both as a teacher and a researcher.

“I don’t think there’s anyone else like Ceema. They have overcome so much, they are so inspiring, and I’m just so proud,” Anyon says. “Ceema brings passion and critical thinking to their scholarship and has a really unique ability and perspective as someone who can incorporate lived experience, empirical data and theory. I’m really excited to see where they go.”