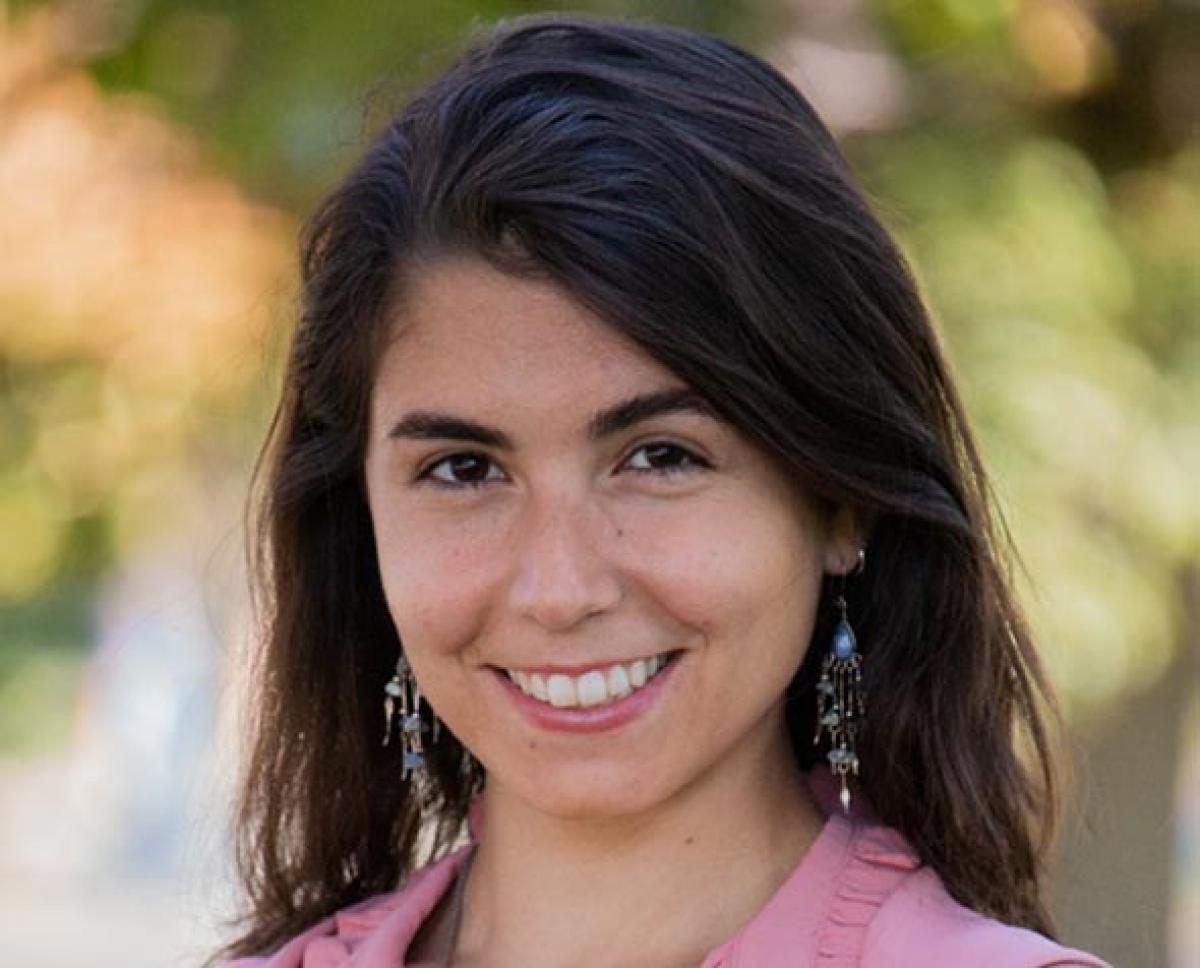 From Indio, California, to the Andes Mountains in Ecuador, Halle Brown has called many places home. But it’s love for her first home – a city below sea level in the Coachella Valley – that led her to conquer mountains at home and abroad.

Brown, who will soon obtain an MA in public policy, grew up on a 5-acre ranch with dogs, cats and horses abounding.

Even in utero, Brown was destined to be an animal lover. Her mother – an avid horse aficionado – kept riding while pregnant.

“It’s kind of an ongoing joke. You can fall off, then your head is funny shaped,” Brown says with a chuckle.

Fortunately, that never happened. Outside the womb, she rode her first horse at age 2. She learned early to care for animals. And she developed empathy for things that aren’t human – such as the environment.

Because of her interest in environmental policy, the University of Denver’s proximity to the state Capitol solidified her decision to attend. Brown is part of a 4+1 program at DU. Last year, she earned her bachelor’s degree in Environmental Science and Public Policy. And this spring, she’ll earn her master’s degree from the Josef Korbel School of International Studies.

When Brown set foot on campus five years ago, she immediately found her community. Working at the Center for Sustainability and living in the Environmental Sustainability Living Learning Community (LLC), she connected with like-minded folks. Since then, she has seen sustainability efforts on campus grow tenfold.

She started organizing events and working on social media for the cause. But as the center’s efforts expanded, she worked on larger projects including the commute transportation survey. And amid dire climate change reports, she’s been working on DU’s commitment to achieve carbon neutrality by 2030 – 20 years sooner than its previous goal.

Through the University’s robust study-abroad program, she took her passion to Ecuador – studying ecosystems in the eastern Amazon. The Spanish-based program was experiential.

Soon after her return, she yearned to go back. And Korbel made it happen. She returned to Ecuador last summer to work with an ecotourism organization of 17 women who open their homes to students and researchers.

“The University has made it really accessible for me to be a global citizen,” Brown says.

Back in Colorado, she embraced the outdoor culture, learning to ski and rock climb. Now she’s facilitating outdoor activities to empower women.

“I was able to create a community where we could go out and do it together. In some cases, I think female outdoor culture is a lot more inclusive,” Brown says.

As her adventures at DU come to a close, a multitude of new ones lie beyond the horizon, perhaps another place to call home.