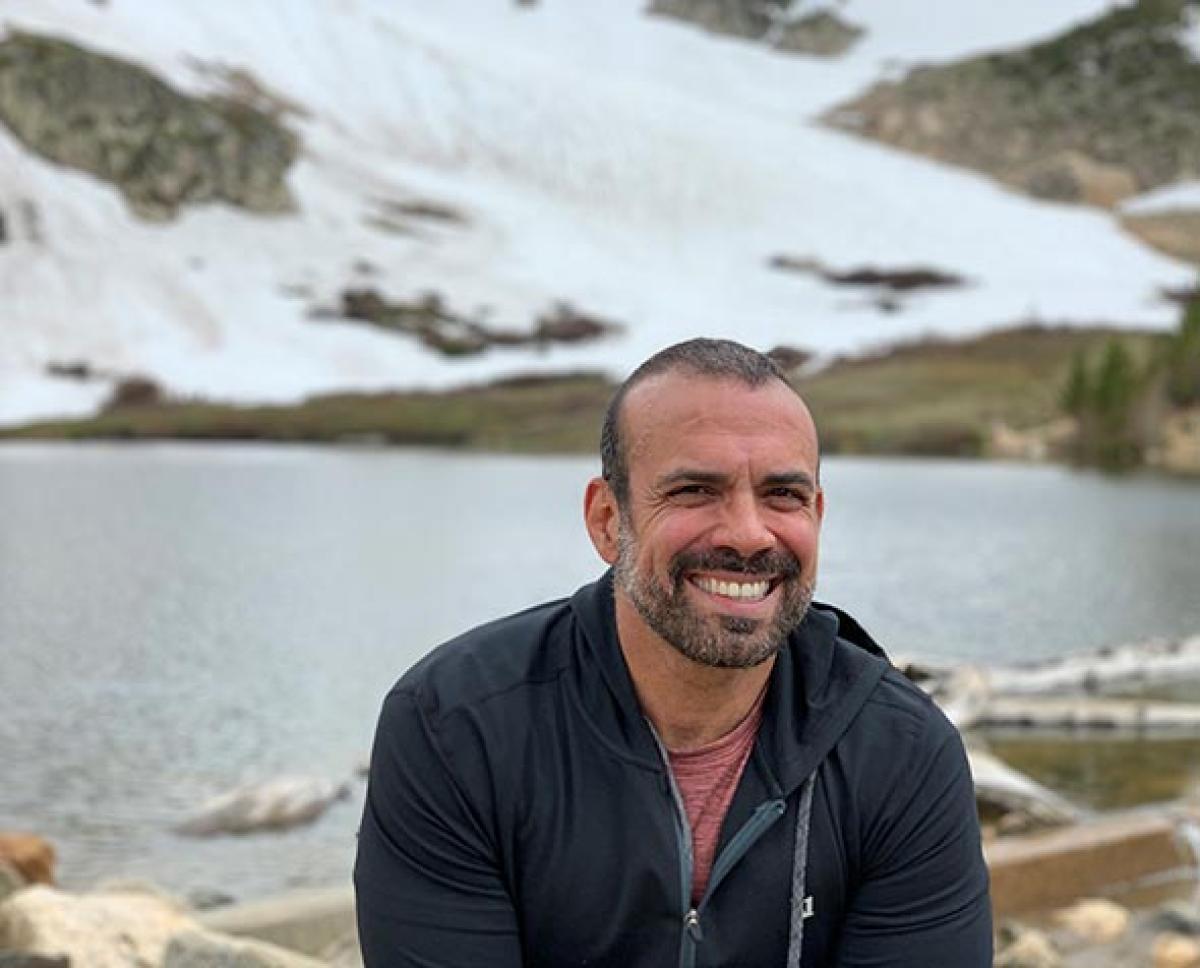 Stephen Fusco, lawyer by trade and Special Olympics swimming coach by choice, feels comfortable in the water. At a swim meet in Georgia, Fusco was inspired to make a change.

“Have you ever thought of becoming a special education teacher?” someone asked.

Truth is, he had thought about it. In fact, he considered it long before he became a lawyer.

Fusco, who just graduated with a PhD in Educational Leadership and Policy Studies from the University of Denver’s Morgridge College of Education, attended law school based on his parents' guidance. He worked as a corporate attorney for 14 years. As his passion for helping people with disabilities grew, he yearned for a change.

“If you see people as humans, and don't see people based on their disability, there's just this profound potential to change the way we collectively exist as people,” Fusco says.

In 2014, he received a master’s degree in behavioral and learning disabilities from Georgia State University. He then put what he had learned in the classroom to work in a classroom of his own. His first job in education was at a psychiatric hospital for students with severe emotional and behavioral issues. He describes it as one of the most rewarding chapters in his career.

“It was just an amazing opportunity to work with some kids who really needed some love and care,” he says.

But law drew him back in an unexpected way. A marrying of his two passions — law and education — brought Fusco to Denver. Searching for a PhD program focused on public policy, Fusco found DU’s Morgridge College of Education.

“Given my law background and where I had been with special education, I was particularly interested in policy,” he says. “And I absolutely wanted a program that had a strong social justice and equity focus.”

Mentors at DU helped change the way Fusco sees education, and because of this, his dissertation topic, area of research and approach took a 180-degree turn.

“[They] helped me find my voice in a way that I never would have thought possible when I entered the program,” he says.

Through DU’s commitment to equity, professors encourage students to disrupt the status quo. “You're not here just to make incremental change,” he says. “You're here to disrupt the system that’s creating the inequities that are glaring in education.”

In his current role at HopSkipDrive, a transportation company for children, he is reimagining the yellow school bus — a standard unchanged since its inception in 1939 — and examining transportation’s role in equitable access to education.

“We're pushing, pushing people to think outside the box, what does it actually mean to get kids to school?” Fusco asks. “I think that that’s pretty cool. I can get up every day and get excited about doing that work.”

Providing an equal education to students of all abilities remains more of a vision than a reality, Fusco maintains. “We are underserving kids who have been labeled disabled to the point where it’s almost unconscionable,” he says.

He says a fundamental deficit view of people with disabilities permeates the education system.

“We have shut ourselves off to the infinite potential in individuals with disabilities, and we stop seeing them as human,” he says.

He sees himself affecting change at the state and local levels by acting as a thorn in the education system’s side. He serves on the Colorado Special Educational Advisory Council for the Board of Education, the board of directors of Prospect Academy, a public charter school focused on serving students with autism, and the Special Olympics of Colorado’s committee on diversity equity and inclusion.

“I don’t want to work at the federal level, where you see the glacier move at a slow pace,” he says. “I’m going to be the person on the outside who is like the 2-year-old asking why? Why? Why? I am going to continue to disrupt the system that’s creating terrible systems of oppression.”