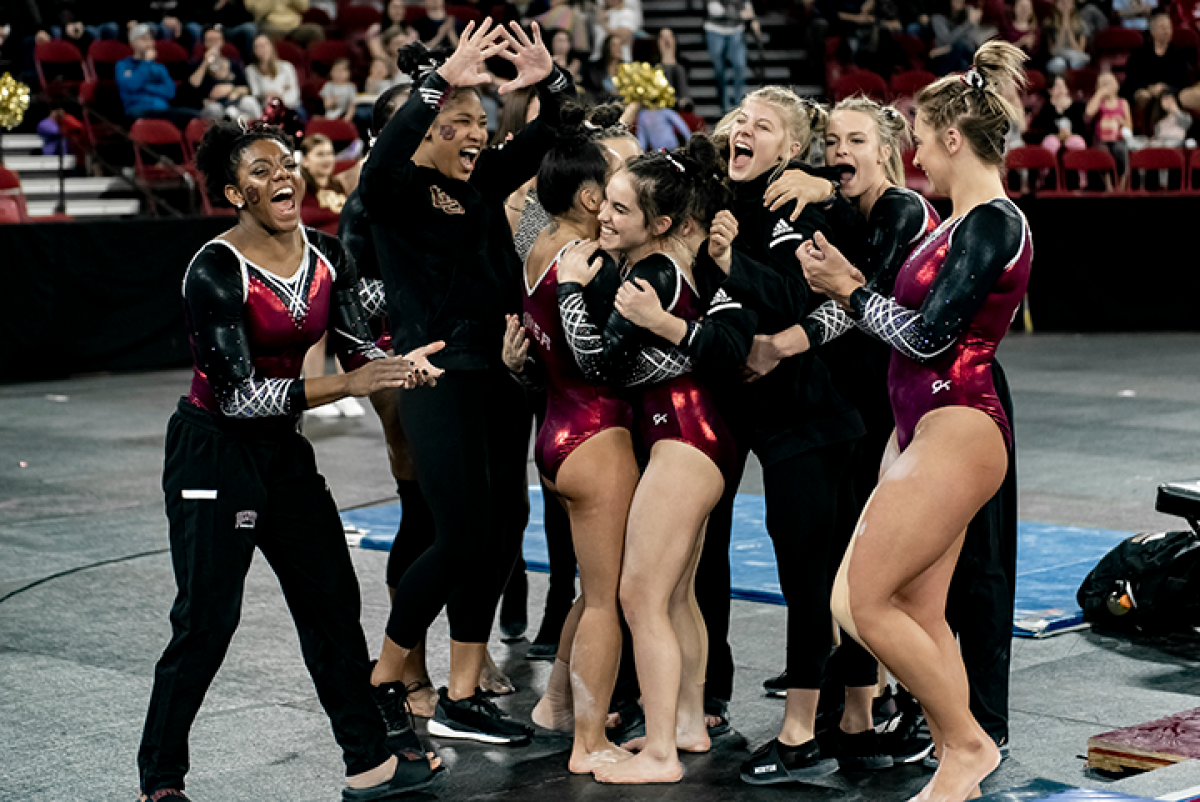 If 2020 taught student-athletes one thing, it’s never to take for granted each opportunity to take the field, hit the ice or step foot in the gym. For many athletes who were seniors when sports came to a sudden halt last March, it marked the end to their careers in competitive sports.

“It was sad for all of us,” Emily Glynn says about last year’s abrupt end. The University of Denver gymnastics team was a week away from flying to West Virginia to compete in the Big 12 Championship. In early April, Magness Arena was slated to serve as a host site for the NCAA regionals. It’s not often that a student-athlete has the opportunity to compete in front of a home crowd with so much on the line.

“You learn to cherish each moment,” Glynn says. She’s now one of three seniors on the team, all of whom are captains. “Going into the gym each day, we make sure we are working our hardest and giving everything we’ve got.”

As a new season for gymnastics begins Friday, and as COVID-19 still dominates the headlines, uncertainty persists.  Athletes across the country are wondering whether the season will unfold in its entirety. The Pioneers are not taking their current opportunity to compete for granted.

“Our student-athletes have been working really hard to get to this point, and it hasn’t been easy,” says head coach Melissa Kutcher-Rinehart. “This has been a life lesson in how to be adaptable, how to be flexible, how to be able to adjust, because there are things you cannot control. But when you are in the gym and you are training, make the most out of it.”

Kutcher-Rinehart believes she has the type of team that will continue to embrace the challenges of the season — and that will once again be a serious contender for a national championship. The squad lost only two seniors from last year. Although one of them was Maddie Karr, one of the most decorated gymnasts in DU history, the team welcomes five first-year student-athletes likely to make an immediate impact.

“It’s going to be really fun to watch them because the entire freshman class is fantastic,” Kutcher-Rinehart says. “They are all so academically and athletically talented. They have different strengths and different abilities on different events. They all have the ability to shine in their own ways.”

And the returning gymnasts are sure to inspire excellence. Among them is 2019 NCAA national floor co-champion, senior Lynnzee Brown, and 2020 regular-season All-American, junior Alexis Vasquez. With these reliable performers on the team, it’s easy to understand Kutcher-Rinehart’s optimism for the upcoming season.

Her outlook is stoked by some skeptics from outside the Pioneer community: The preseason coaches’ poll has DU ranked No. 8.

That doesn’t faze Kutcher-Rinehart or the team. “Seeing the polls provides a little fuel for our fire,” Glynn says. “Our team goal is to make the top 4 at nationals and then win a national championship, so seeing the No. 8 ranking was not what we were hoping for, but it’s something to motivate us to get to where we want to be.”

Achieving that goal in the midst of a global pandemic will require strong leadership by Glynn and her fellow senior captains, Brown and Mia Sundstrom. Kutcher-Rinehart believes they are the perfect group for such a challenge.

“They have that ability to lead, inspire and motivate in uncertain times. The ability to keep a group focused on a common goal through the chaos, through COVID,” she says. “To keep those goals in mind, to push the team to be accountable to themselves and each other. They have done a remarkable job because this has not been easy.”