If the eight national championships, two Hobey Baker award winners, nearly 50 All-Americans and 14 Olympians were not enough to attract the country’s best hockey recruits, the University of Denver hockey team has a new incentive. This season, the Pioneers have moved into the new Miller Hockey Complex, a state-of-the-art locker room that can compete with any other hockey program in the country.

At 4,464 square feet, the complex is double the size of the old locker room. The project took four years to complete, cost $2.5 million and was entirely funded by more than 150 former players and supporters of the program.

The complex is named after University of Denver trustee John A. Miller, his wife, Sandy, and their family. Both John and Sandy graduated from DU and have been longtime supporters of the University and the hockey program.

The complex consists of three locker rooms: a coach’s locker room, a dry locker room for student-athletes to store personal items and change into workout clothes, and the primary locker room where the team goes when coming on and off the ice.

There’s also a lounge area where student-athletes can relax before and after a game or practice and where they can eat pre- and post-game meals.

Since hockey is a sport full of bumps and bruises, the complex has its own training room with a cold tub and hot tub for recovery.

Throughout the locker room, the walls are covered with homages to former teams and players. Tribute is paid to previous national championships, to the All-Americans and to those who have won a team award. The walls are also covered in different phrases that have been made popular over time. One of the more popular ones is “Trust the Proscess” from the 2017 national championship season. It’s a nod to a speech delivered by then assistant head coach David Carle, who delivered his remarks beautifully, but misspelled the word “process” on the board. 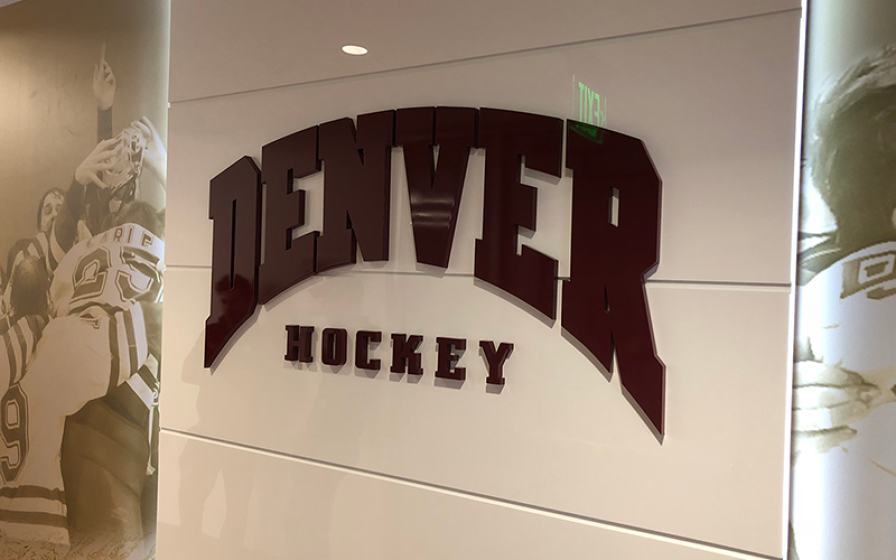 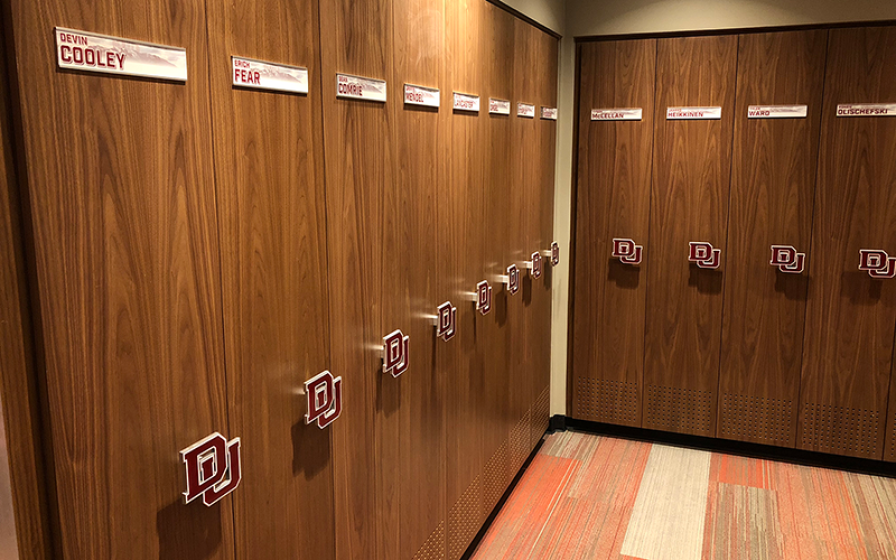 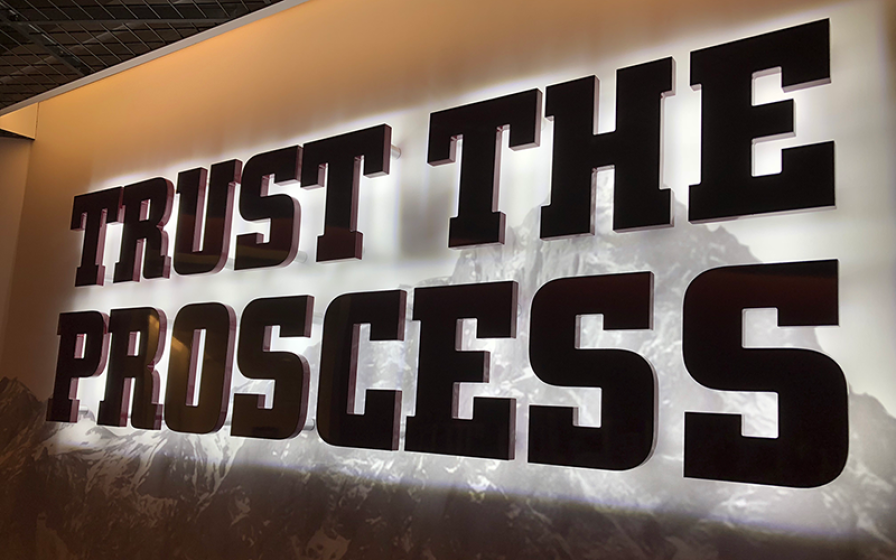 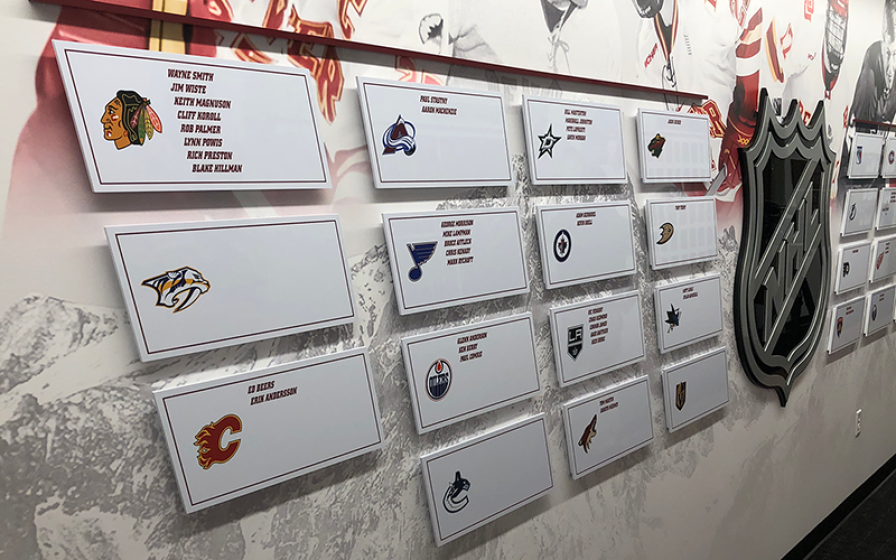 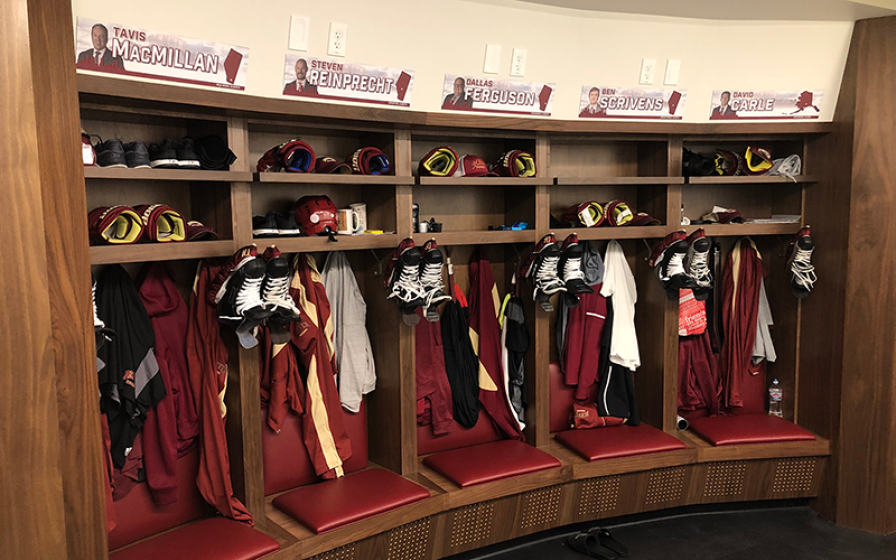 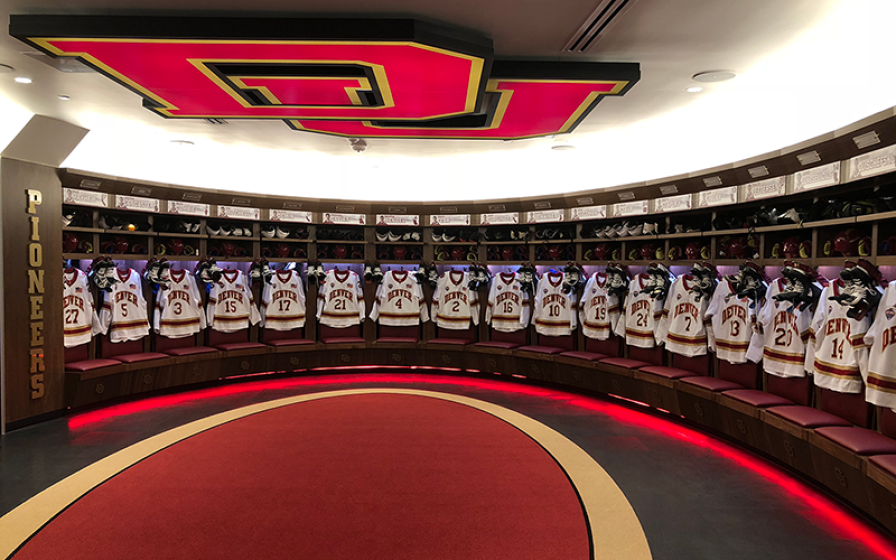 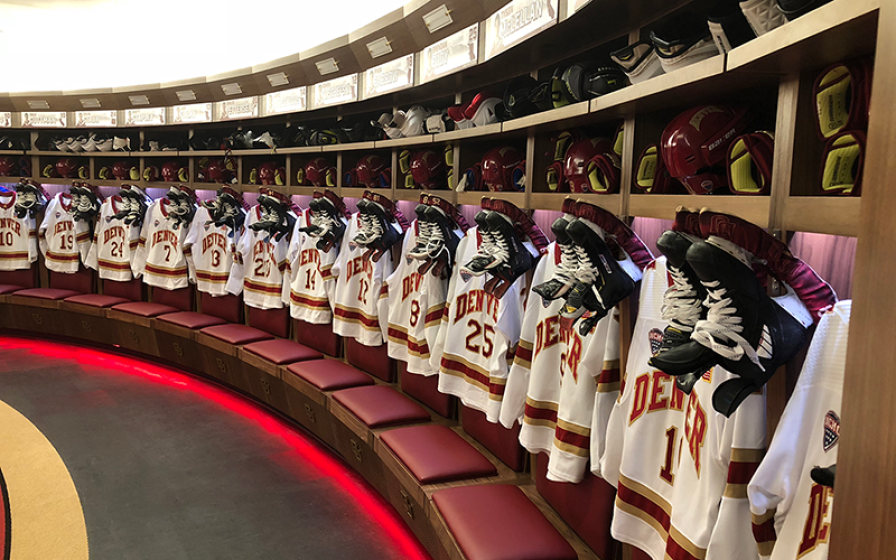 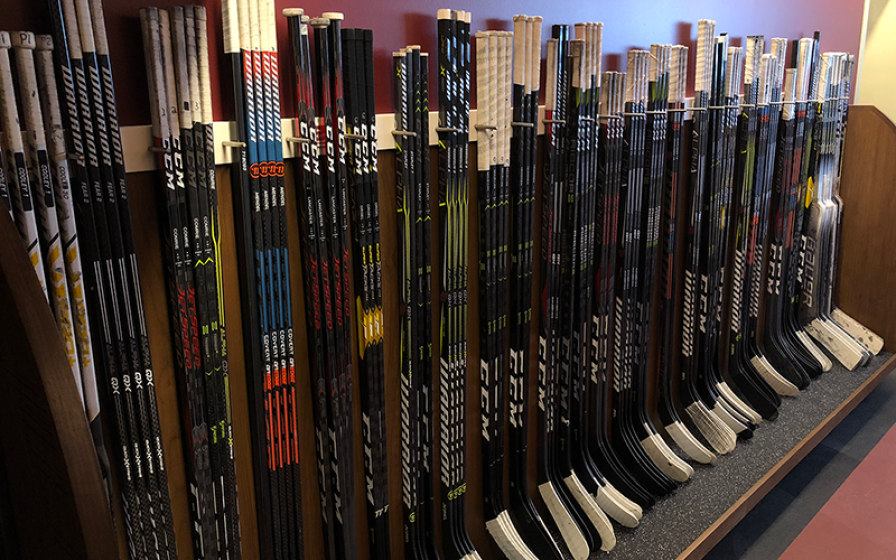 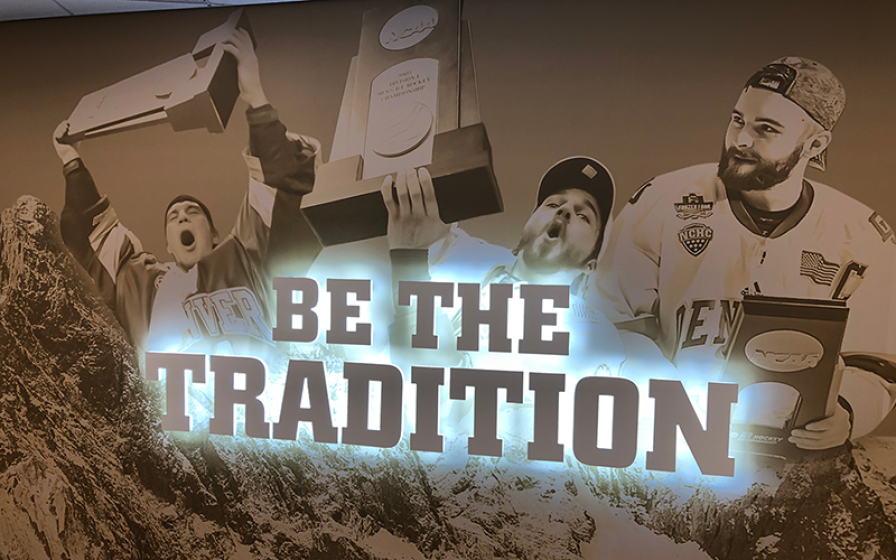 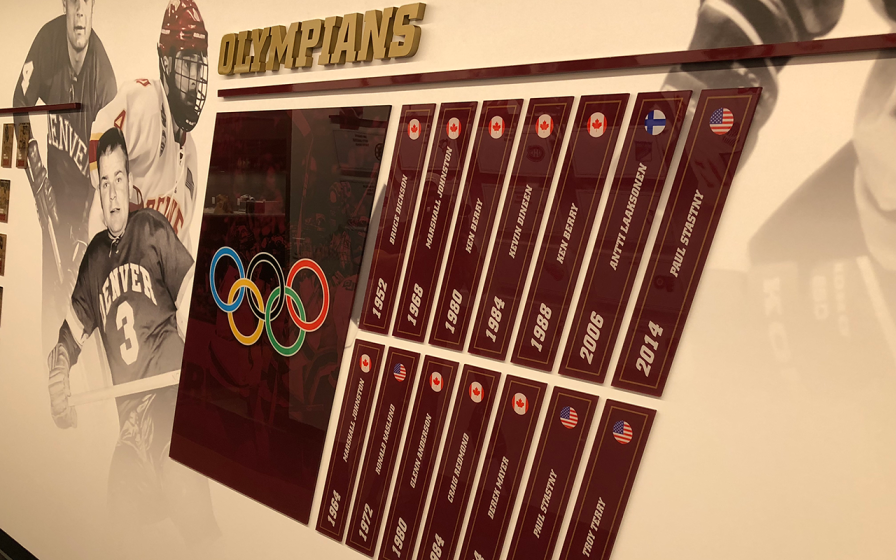 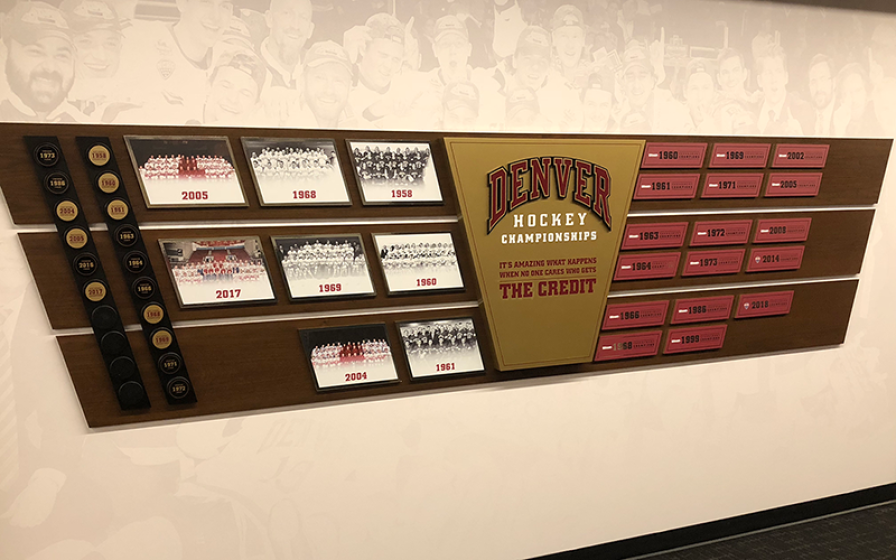 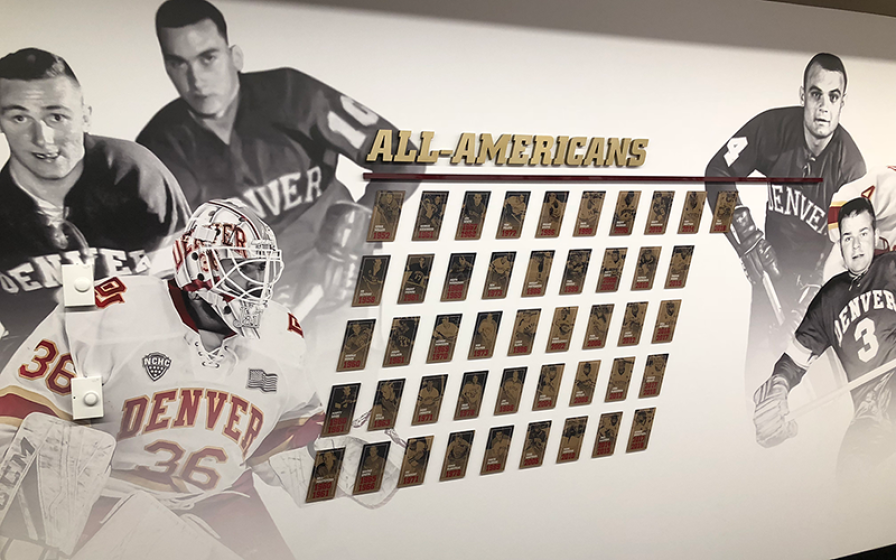 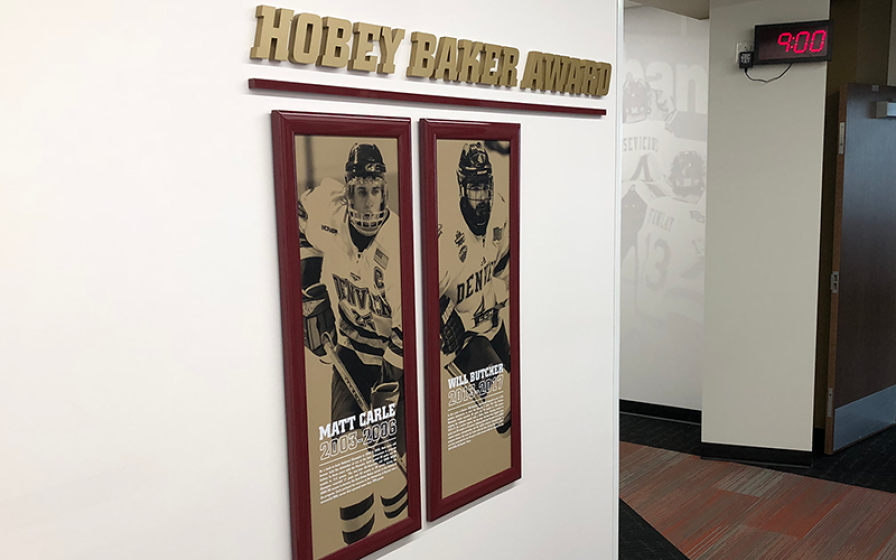 Youth Not Getting in the Way of High Expectations 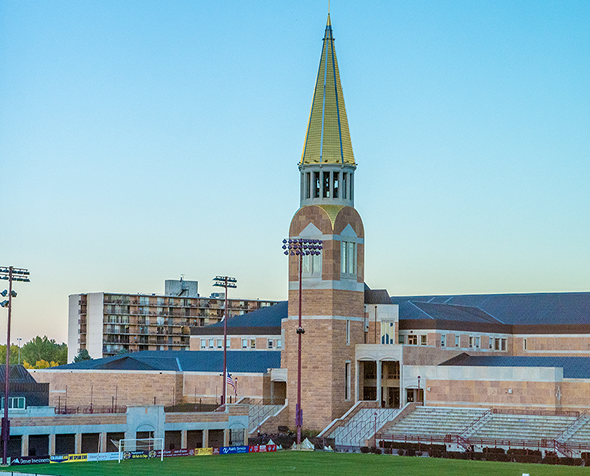