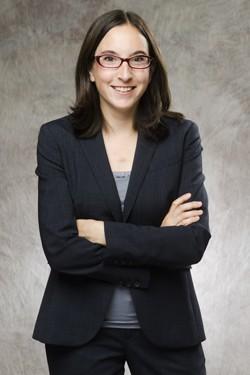 Margaret B. Kwoka, assistant professor at the Sturm College of Law, testified July 12th in a Senate Judiciary Committee hearing on the Freedom of Information Act (FOIA). The hearing was designed to highlight FOIA’s successes and identify its remaining challenges in celebration of the law’s 50th anniversary, and to respond to the amendments made in the FOIA reform bill signed by President Barack Obama June 30.

“There are also businesses that request large volumes of records from the federal government and resell them, at a considerable profit, to private parties,” Kwoka says. Those resellers are among the top requesters at five of the six agencies she studied, and at two agencies multiple resellers compete against one another, she says.

During her testimony, Kowka addressed some of FOIA’s unintended consequences. She says, “one problem posed by this volume of commercial requesting is that agencies are often recouping only between one and five percent of the cost of processing commercial requests by charging fees, essentially providing a private subsidy to these businesses.”

She also explained that commercial interests can prevent public knowledge about governance. “News media and other requesters may be crowded out due to resource constraints, given that some commercial requesters are providing hundreds and even thousands of requests per year.”

Based on her research, Kwoka offered several recommendations for future FOIA reforms. “Congress could legislate requirements that agencies publish their FOIA logs,” she said. “Legislation could further require that agencies evaluate those logs annually, and publish frequently requested categories of records in searchable, downloadable and indexed databases.”

In addition to the Senate Judiciary Committee, Kwoka has previously presented her research to the staff of the Office of Government Information Services, the FOIA ombudsman agency, and the federal FOIA Advisory Committee. View a full video of the hearing here.