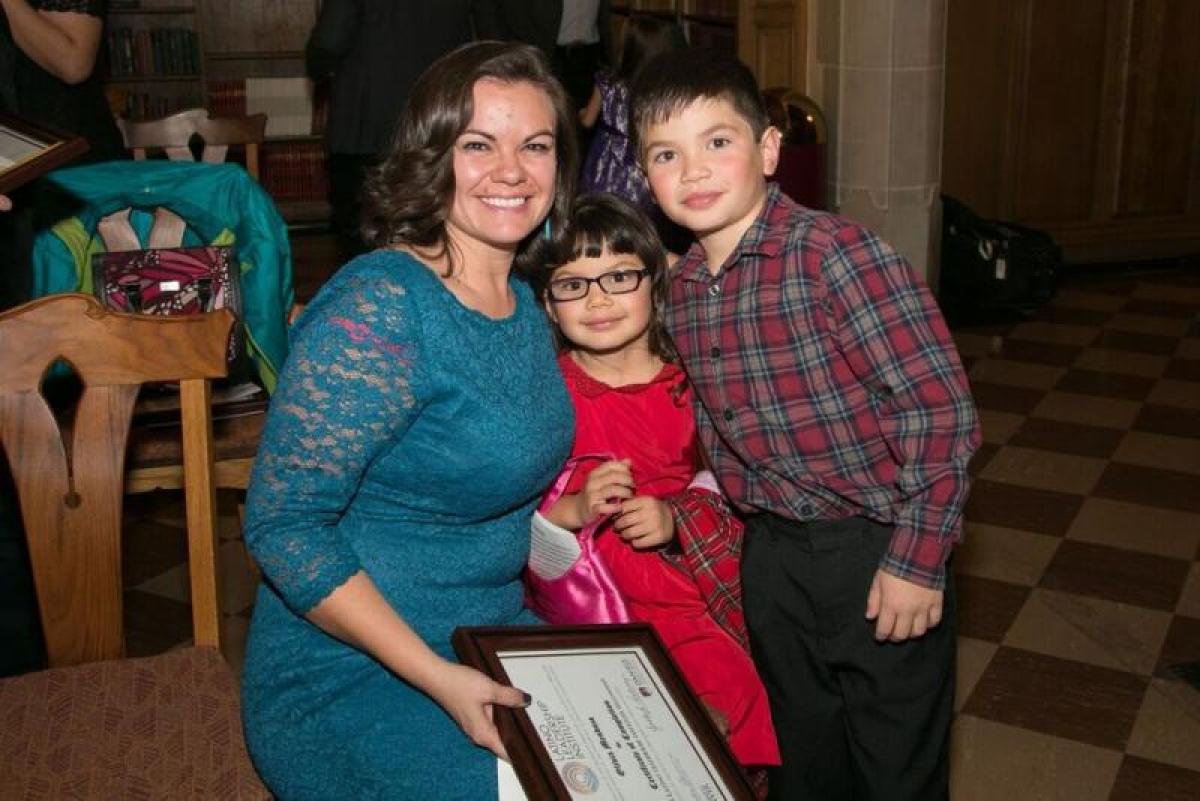 It’s Saturday, and as her mother presides over board meetings as president of the Latino Law Student Association, Amelia Mendoza sits—quietly, attentively—listening and absorbing. Her 8-year-old vocabulary is peppered with words like community and advocacy. She’s running for student council and muses daily over whether she wants to be a judge when she grows up.

Amelia offers a perfect example of how progress is built generationally, says her mother, Olivia Mendoza, a third-year public interest law student at DU. “Those are things I couldn’t have imagined,” she says. “It’s important to tell the story of the inspiration across generations and the motivation that comes from seeing other people do it the nontraditional way.”

Mendoza’s own path to law school has surely been nontraditional. She returned to school to pursue her law degree after spending more than a decade building a career in the nonprofit world, where she served as executive director of Colorado Latino Leadership Advocacy and Research Organization (CLLARO). She left the comfort and safety of her career, taking on rigorous coursework full time, at a point when “many people would say you should just be coasting.”

But to Mendoza, challenges have always been welcome. During her time at CLLARO, she focused on empowering Latinos through leadership development, advocacy and research. Her influence was felt so strongly that she became an inaugural member of the University’s Latino Leadership Institute (LLI) fellowship program. Later, she became the LLI’s director of strategic partnerships.

Her time as an LLI fellow solidified her decision to pursue a law degree. During her yearlong fellowship, Mendoza was paired with Colorado Supreme Court Justice Monica Marquez, who served as her mentor, answering important questions about the realities of pursuing a career in law. Mendoza’s decision became even easier when she was awarded DU’s Chancellor’s Scholarship for public interest lawyers.

Just what persuaded Mendoza to pull away from a successful career, start over, dive into difficult coursework and give up hours of free time? “When you’re an attorney, you are cloaked in a lot of power and privilege,” she says. “In my work in public policy and advocacy, I have seen the power of being able to advance important issues through a legal framework.”

Mendoza’s journey has also been a personal one. “I was undocumented in this country for the majority of my youth, and it wasn’t until there was legislative reform that changed that pathway, that my entire family was able to become citizens,” Mendoza says. “Those moments ingrain themselves in who you are. I just don’t think you can have public policy so fundamentally touch your life and not feel the awesomeness of that power. Becoming a U.S. citizen is really imprinted into my heart and mind.”

Mendoza recently started her final year in law school, and already, she has ideas for how her degree can positively affect others. In between classes and an internship at the attorney general’s office, Mendoza has worked with a professor to research how changes in the Voting Rights Act have affected Colorado’s redistricting process. “I’m really hopeful that once I graduate, I’ll be able to turn that research project into something meaningful and impactful,” Mendoza says. “I’m still very much focused on advocacy work, so whether it’s in voting rights, employment or labor law, I want to take this degree and the skills I have being bilingual and bicultural and advance those efforts.”

As she looks to the future — to an even brighter world for Amelia and her brother Beto — she finds inspiration in the past. “Everything I’m doing is built generationally. It’s my own mother and father. It’s people that long before I was even an idea, had the vision to fight for other Latinos and opportunities,” she says. “It’s in my blood. I don’t know another way to operate in this world other than to move forward, advancing communities, and particularly communities of color.”