Pioneers picked to finish third in the Summit League

Entering his third year as head coach, DU alumnus Rodney Billups believes he has finally been able to put together the team he wants.

Of the 14 student-athletes on the men’s basketball roster, Billups recruited all but three. The Pioneers come into this season with seven new faces on the team; five of them are freshmen. The other two are senior transfers — Tory Stewart-Miller from the University of Colorado and Ronnie Harrell Jr. from Creighton University.

“They’ve been through the battles,” Billups says of Miller and Harrell. “They know what it’s supposed to look like — both have played in the NCAA Tournament; both played significant minutes at their last school. Having those two guys certainly makes our team better, but also our leadership got better.”

Harrell grew up in Denver and played basketball at East High School. Transferring to the University of Denver gave him the opportunity to come home and play in front of his family, but also to step in as a leader on this team.

“It was a great experience playing at Creighton, playing in the Big East, getting to travel to the big cities,” he says. “Being able to share experiences with the team and letting them know how hard it is to get there and how hard you have to work is pretty cool.”

The Pioneers also will turn to Joe Rosga for leadership. The senior guard enters his final season with the Pioneers as the program’s 12th all-time leading scorer. He has an opportunity to finish his DU career as one of the top-five leading scorers, though he is quick to note that that will work itself out on its own if the the team is able to achieve its goals.

“We have the potential to be really good if guys keep working really hard and get better,” he says. “My main goal is I just want to win — win the Summit League and go to the NCAA Tournament. Things like that have been goals since I got here as a freshman.”

That journey begins Tuesday night at Magness Arena when the Pioneers host Maine. DU is picked to finish third this season in the Summit League. However, for the first time since Billups has returned to DU as head coach, there’s a confidence within the team that they could be much better.

“This year for us the energy is high; the momentum is building,” he says “It’s hard to say where we will finish, but the small goals are what we try to accomplish. The small goals will hopefully equate to the big ones in getting to that conference championship, winning that game, going to Selection Sunday and playing in our first-ever NCAA Tournament game. That’s the ultimate goal, but we have to concentrate on the small ones and let those be the building blocks.” 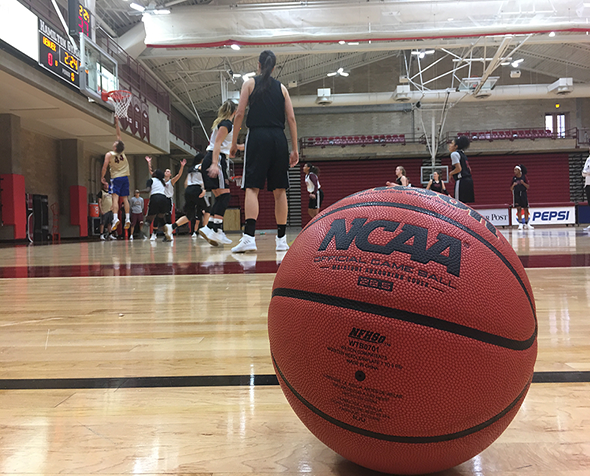