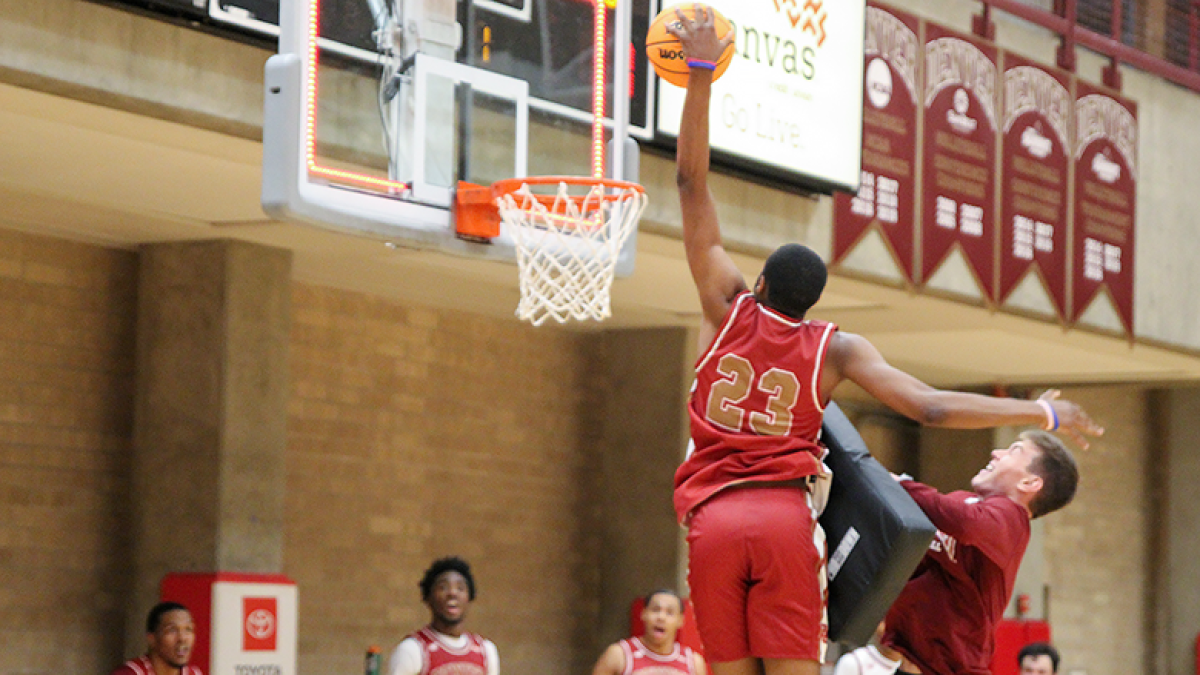 When the season tips off on Monday night for the University of Denver’s men’s basketball team, the expectations are as high as they’ve been in five years. According to the preseason poll, the Pioneers are projected to finish fifth in the Summit League. The promising outlook for this season comes after what was a successful turnaround season last year under head coach Jeff Wulbrun, then in his first year at DU.

“We made progress not only on the court, but also off the court,” he says. “I feel really good that we have established a strong culture within our program. We have targeted high-character and high-integrity young men who chase excellence in what they’ve done.”

DU’s 11 wins last season were the most since the 2017–18 campaign, and the seven victories in the Summit League matched the total of the three previous seasons combined. Now Wulbrun plans to build on that success with seven new student-athletes and combining them with the returning core of the team.

“We have put together a collection of young men who are inspired to do something here at the University of Denver that has never been done before,” Wulbrun says. “There’s not only a group of players but also coaches who are motivated with that in mind.”

Building cohesion between players and coaches started over the summer. The team took part in a 10-day foreign tour to France, where they faced three professional teams in exhibition games. In addition to the games, the student-athletes and coaches had an opportunity to learn about each other and experience the culture and history of another country.

“I don’t know how familiar they were with D-Day in world history,” Wulbrun says. “The irony was, we had a group of 18- to 22-year-olds that were getting ready to play some basketball games overseas. And we were walking the cliffs of Utah Beach, where 10,000 or more 18- to 22-year-old kids were on a mission for their country to make the ultimate sacrifice.” 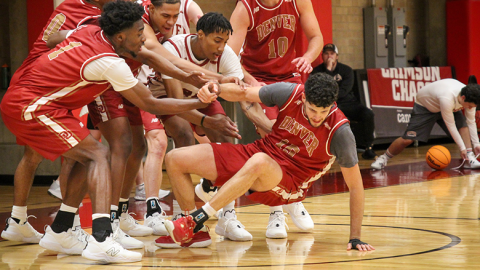 In addition to the history lesson and the opportunity to play professional European teams, the student-athletes also had an assignment. Each one had to partner with one of their teammates and learn the other person’s story—where they are from, more about their family, who is their hero, and what short- and long-term goals they have.

“That really helped bring us all together,” says Tommy Bruner, a junior guard who transferred to DU after playing last year at Jacksonville University. “Hearing each other’s heartbreak, hearing about their heroes, all that helped us learn about each other. Now when I talk to one of my teammates on the court, I can reach them on a deeper level.”

It’s that connection that the Pioneers hope will help make them real contenders this year in the Summit League. Denver will be led by sophomore guard Tevin Smith, who has been named to the second team of the Preseason All-Summit League Team. He is one of only five returning sophomores in the country who averaged at least 10.0 points, 3.0 rebounds and 1.0 blocks per game as a freshman in Division I last year. Wulbrun believes he is capable of having an even greater impact on the court this season, and Smith is ready to accept that challenge.

I’m still striving to get better and better,” Smith says. “As a team, we are bigger and more athletic this year. And myself, I have added 10–11 pounds, which is going to be scary for a few people.” 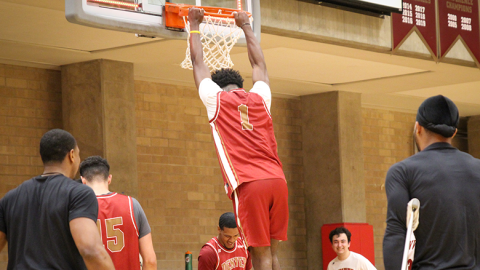 Denver will need Smith to take his game to the next level if the team hopes to reach a level of success that has never been achieved at DU: earning a berth in the NCAA Tournament. Wulbrun says team success and making the tournament are goals they talk about in the locker room. For the student-athletes, they believe this team is capable of doing something special. 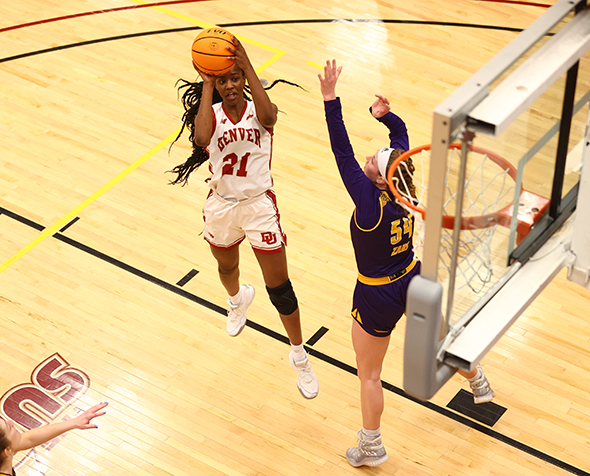