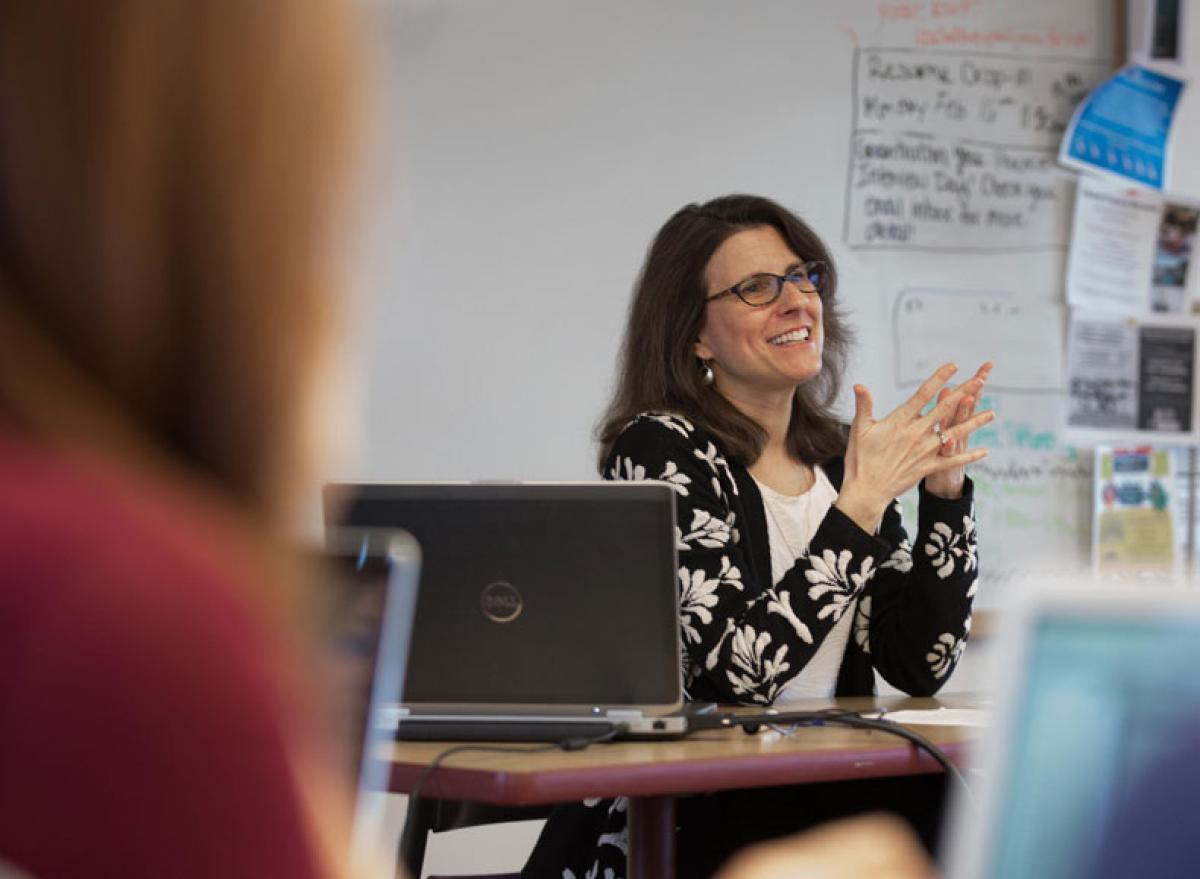 Even as the country faced the news of rising suicide rates and of two prominent celebrities who took their own lives, Stacey Freedenthal was dealing with the weight of suicide on a more personal level. She learned about the death of a high school friend from Facebook, and while it seemed as though he had died by suicide, no one was quite able to come out and say it.

“I had to read between the lines to know that he killed himself, because nobody would say the word,” says Freedenthal, a suicidologist and an associate professor in DU’s Graduate School of Social Work. “If we can say it, then we can tell people about the hotline and about the text line, and we can ask them, ‘Do you have thoughts about suicide?’”

Suicide and its prevention tend to live outside the bounds of comfortable conversation, but Freedenthal says shifting that social norm could save lives, especially in the wake of high-profile tragedies like the suicides of fashion designer Kate Spade and celebrity chef Anthony Bourdain. And, new research from the CDC’s National Violent Death Reporting System reinforces the fact that suicide is a growing problem in the United States. Since 1999, the study shows, suicide rates have increased in every state but Nevada, and in half of those states, the rate increased by at least 30 percent.

“It was really devastating news,” Freedenthal says. Despite her work around suicide, including her book “Helping the Suicidal Person: Tips and Techniques for Professionals,” and her website SpeakingofSuicide.com, she still found the news jarring. Freedenthal suspects at least part of the rise in suicide rates can be attributed to the 2007 recession, which claimed many jobs and left a significant number of Americans feeling vulnerable. But that’s far from the only problem, she adds.

Additionally, Freedenthal notes that while suicide is counted among the top 10 causes of death in the U.S., it ranks near the bottom when it comes to federally funded research.

While there’s work to be done on the research and health-care sides of suicide prevention, Freedenthal says individuals can make an impact now. That can be as simple as directing an individual experiencing suicidal thoughts to the prevention hotline or text line. These have been shown to make a tangible impact, especially in stemming the contagion that can follow prominent celebrity suicides.

Beyond referring individuals to these resources, Freedenthal returns to the idea of talking openly and nonjudgmentally about suicide as a key way to offer help. “Talk about it directly, ask people how they are feeling, and check in with people who are having suicidal thoughts,” she says. “Really hear a person so there’s a sense of connection and then help them get help.” This can mean connecting people with a therapist, helping them talk to family members and, where possible, offering to safely store firearms or come up with other solutions for keeping the person’s home safe. Freedenthal says the goal is to offer hope that there is help available and treatments for everything from depression, anxiety and stress to post-traumatic responses.

“Something I think is a really hopeful statistic is that 90 percent of people who attempt suicide and survive don’t go on to die by suicide,” Freedenthal says. “It’s tragic that 10 percent do die by suicide, but if things were really as bad as suicidal people feared and never got better, we would expect that number to be reversed.”

If you think of suicide, please consider calling the National Suicide Prevention Lifeline at 800-273-8255, texting the Crisis Text Line at 741-741 or visiting https://www.speakingofsuicide.com/resources for more resources.