DU Research to be Featured by Newsweek 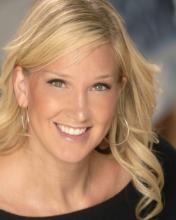 The June 24 edition of Newsweek magazine will feature the work of DU professor Kim Gorgens. As a clinical associate professor in the Graduate School of Professional Psychology, Gorgens has been studying the impact of traumatic brain injury (TBI) on jail and prison inmates for more than four years. With the help of graduate students, she was able to determine that 96 percent of the inmates in one Denver County Jail unit had a history of TBI, with other general correctional sites ranging from 50 percent to 80 percent. The national average for prisoners is about 74 percent. Only 7 percent of the general population has a history of TBI.

Since the funded project began in 2013, Gorgens has helped expand the research to justice sites along Colorado’s Front Range and is a contractor on state and federal grants totaling about $1.5 million. The team is working now to develop classes for correctional staff, mental health interventions to accommodate cognitive deficits, and community resources for more continuity of care after release.

The depth of the research and the magnitude of the collaborations has other states across the county taking notice. The ultimate goal is to raise awareness about the impact of TBI, so that education and services can be in place to assist those affected.