Roughly 150 students, staff and community members gathered at the University of Denver campus Friday, July 8, to express their solidarity with the victims of two deadly police shootings this week in Baton Rouge, La. and Falcon Heights, Minn., as well as the July 7 shooting of 12 police officers in Dallas, Texas. Hosted by the Center for Multicultural Excellence, the event provided a time to grieve for the victims and to reflect on how our community should respond to the violence. 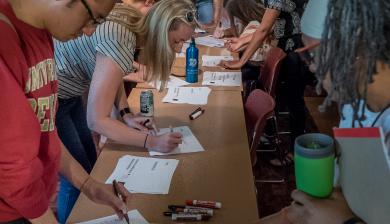 “The events that have happened in Louisiana, Minnesota and in Dallas are a sobering reality of the world in which we live,” said Tracey Adams-Peters, director of student success, in her opening remarks. “We must recognize that any life lost to gun violence is one too many.”

The attendees paused for a moment of silence in honor of Alton Sterling, Philando Castile, and the other 135 black men and women who were lost to police violence in the past year.

During these times, we wonder what we can do to make a difference. We feel helpless in these moments because we don’t know the right words to say. We struggle to make sense of the world when everything we know is rocked to its core. 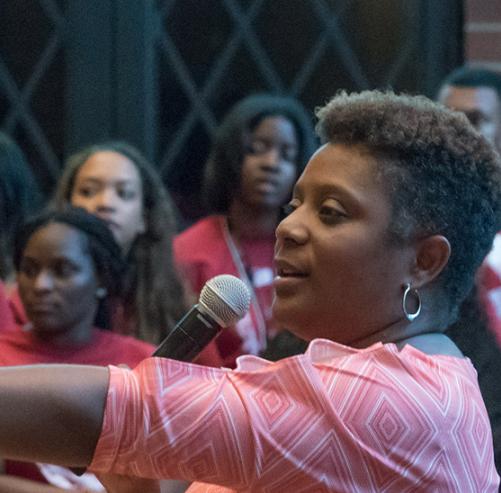 Adams-Peters also addressed yesterday's shooting in Dallas. “We can’t ask for equity and justice and engage in violence against each other,” she said. Attendees then engaged in another moment of silence in honor of the police officers who were killed and injured. 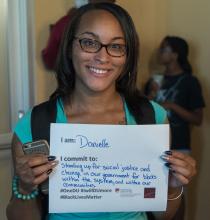 The event concluded with an opportunity for everyone to share their thoughts and responses to the past week's violence. “It’s time that we raise our voices and say that we’re not going to go back to business as usual until we see a change that is lasting,” one attendee said. Another challenged the group to work for change on campus: “We as a community have to decide that DU is going to be different. We can change what happens here on this campus.”

Before leaving, many in attendance filled out a commitment to action sheet, an opportunity to share how they plan to make a difference in the future. For more information about DU's Center for Multicultural Excellence, click here.