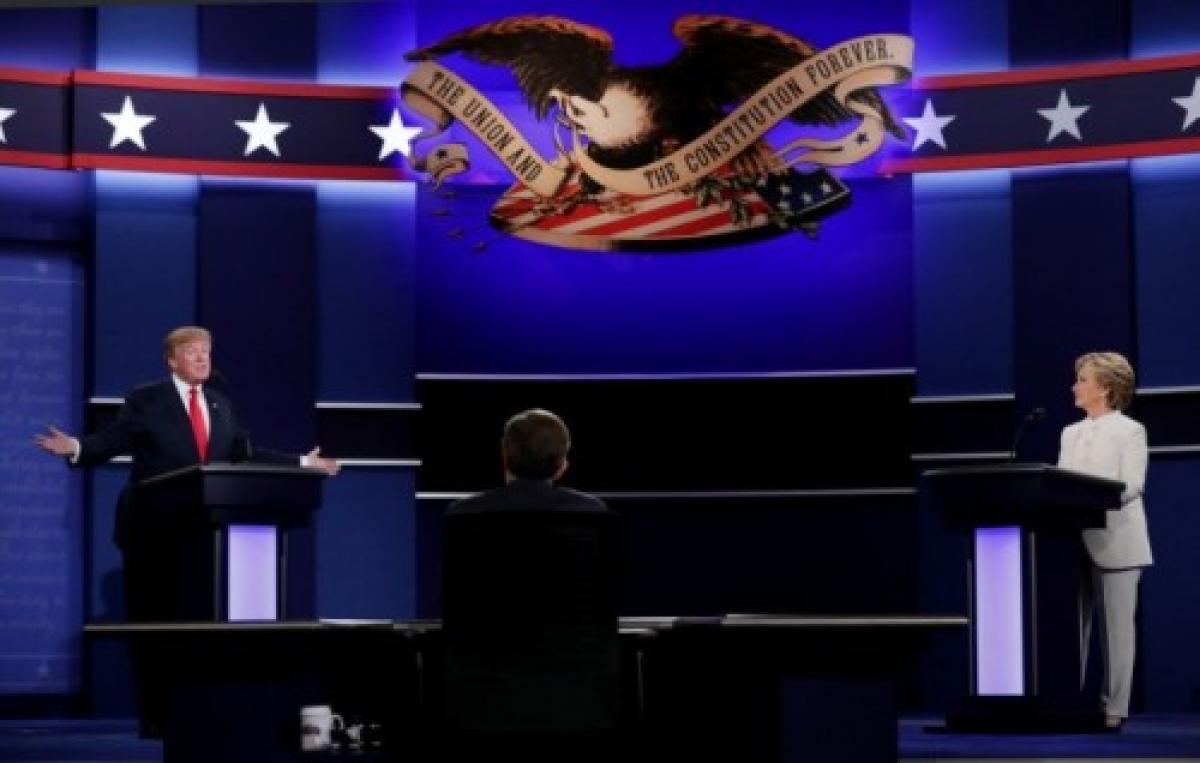 Last night, Hillary Clinton and Donald J. Trump faced off in their final debate of the election season. With the election less than three weeks away, it was one of the final opportunities for each of them to sway undecided voters.

Cody Walizer, a PhD candidate in Communication Studies and coach of the DU debate team, agreed to evaluate the candidate’s debate performance. “In general, debaters are more attuned to how an argument sounds in a vacuum,” he explained. “Debaters are more willing to take what people say at its face value.”

Overall, Walizer said that the debate solidified each candidate’s style. “Clinton is clearly attempting to embody the presidential role, which in debates is typically occupied by incumbent candidates,” he explained. “Trump is clearly trying to role-play the politician — he has never been a politician and seems to be struggling at trying to be one.”

Walizer pointed to one moment in the debate when both the candidate’s attempts to play these roles were on display. In moderator Chris Wallace’s second question about the candidate’s views on abortion, Trump gave a response that missed the mark in terms of what you might expect a typical conservative politician to say. On the other hand, “Clinton embodies the presidential role by not getting upset with Trump and by simply saying his responses were ‘disappointing,’” said Walizer.

Walizer also said that the two candidate’s styles could be characterized in terms of their aggression. “Trump is a very aggressive speaker, while Clinton is more of a balanced debater who gets passionate at times and seems callous at other times,” he said.

Both candidates also demonstrated their strengths and weaknesses last night. “Trump’s main strength is his ability to appeal to the masculine, populist voices that seem increasingly present in 21st century politics,” Walizer said. He also pointed out that Trump is most successful in playing the role of politician when he talks about old-school economics.

In Walizer’s view, Clinton’s strength is also her weakness. “Her strengths come from her legal and political background. She not only sounds more like a politician, but does an excellent job of balancing the need to point out Trump’s lack of experience with the need to stay presidential,” he said. However, Clinton’s weakness is that she seems less relatable because of her background.

“This aspect of the debate is the central rub in the election for many people — the established politician Clinton vs. the outsider/non-establishment Trump.”

If the candidates were scored on the same scale as DU’s debate team, which competes in a format with scores from 1-100, Walizer says he would have scored Trump a 68 and Clinton a 77. And for a letter grade? “Clinton, for last night’s debate, would receive a B. And Trump would receive a D+,” Walizer said.