Several homes from the solar decathlon competition will remain in Denver

“Getting the house here was winning and everything else was icing on top of the cake,” says Sam Durkin, the student project manager from UC Berkeley. “We put something together that was an amazing finished product. It really is the people who put their hearts and souls into the house that made the house so special.”

Eleven student teams from around the world competed in 10 different categories that included architecture, innovation, water and energy use. The Swiss team, which consists of students from four Swiss universities, won the overall competition.

Students from UC Berkeley were accepted into the competition in 2015 and started working on planning and designing the home. Earlier this year they partnered with DU’s Franklin L. Burns School of Real Estate and Construction Management to make the home a reality. 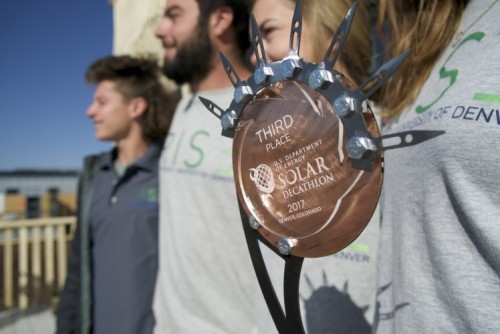 "Without [the Berkeley team], we couldn’t even have been here. On the flip side, without DU, we couldn’t have gotten finished,” says Eric Holt, an assistant professor in the Burns School who advised students on the project. “This has been a phenomenal melding of two great schools who realized the design strengths versus the construction management strengths. We needed each other to do this.”

Of the 10 categories each team was judged on, DU/UC Berkeley performed exceptionally well in the four that were not subjective and that measured the overall efficiency of the home. The team finished first in appliances; second in energy; second in health and comfort — which tracks whether the home traps the cold and warm air it produces — and second in home life, which measures whether the house is capable of being a home.

With the competition now complete, the DU/UC Berkeley home will be donated to Habitat for Humanity, which will prepare it for a Denver family in need.

“I think we are all excited that a family gets to live in the third-place solar decathlon home,” Durkin says. “We didn’t want to see it go to waste. It did awesome here, but now it has a future and it’s going to be someone’s real home and that’s special.”

Three other homes — belonging to teams from Missouri University of Science and Technology; University of California, Davis; Embry-Riddle Aeronautical University and Daytona State College — also will remain in Denver and will likely go to families in need.

For Holt, he is already looking to the future. The international competition returns to Denver in 2020, and he is ready to put together a team representing the University of Denver.

“This is not a construction management competition; this is a full collaborative and entire university competition,” Holt says. “This competition fits the mission of DU being a very hands-on learning opportunity and then ties it back to the community — we built a house for the Denver community." 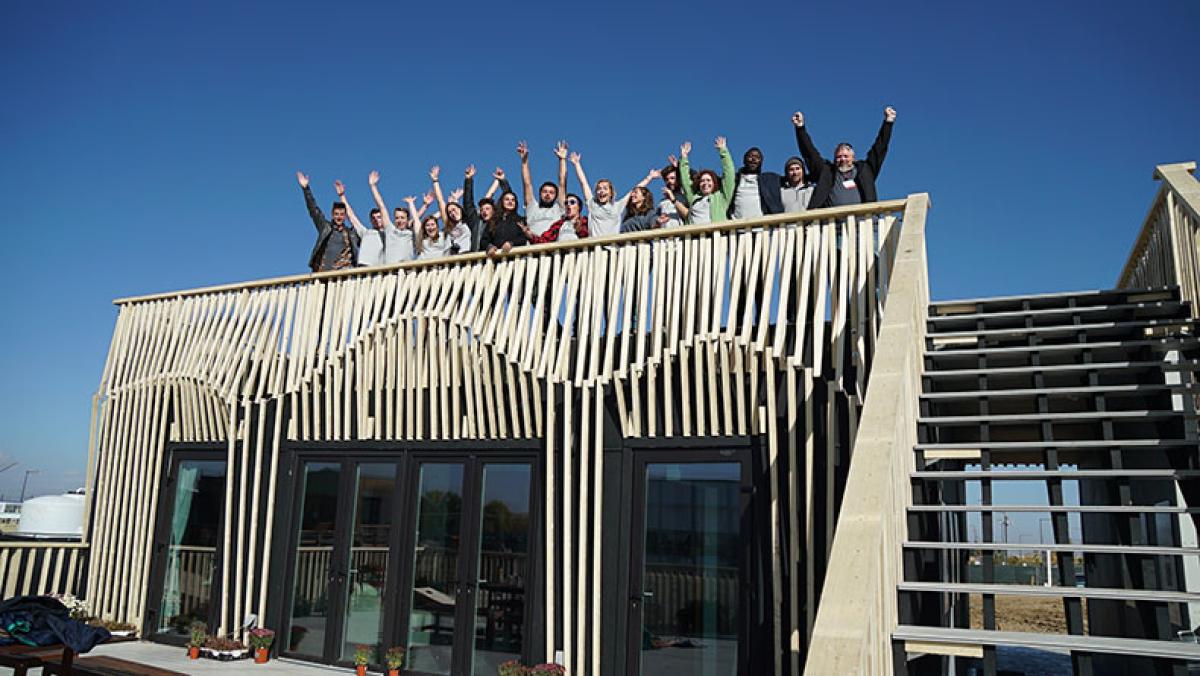