Erin Pheil Driven By Helping Others

As a fresh graduate with her master’s in advanced digital media studies from the University of Denver, Erin Pheil looked around her mountain town and checked out her competition. She wasn’t impressed. She could do better. So she did.

Pheil founded her own company, Followbright Web Agency, without the qualms you might expect from a young, first-time entrepreneur. She had watched her father run his company in San Francisco and jumped into her own venture confidently. It has been 16 years since then, and quite a bit has changed. Followbright has grown beyond its mountain roots, and in some ways, Pheil herself has grown beyond her Followbright roots, launching a new company aimed at breaking down mental barriers. 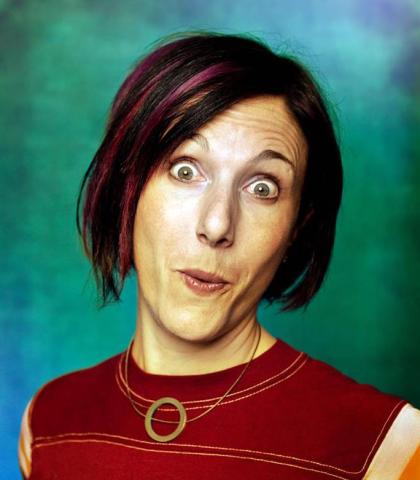 When she first opened Followbright as the sole employee, the market for web design was fresh and full of potential, but that has changed. Websites were once the way of the future, but now they are a foregone conclusion. “People didn’t have [websites] and suddenly, they’d see their business skyrocket and say, ‘Oh my gosh, this is making a big difference,’” Pheil says. “Now it’s just a given. You’re going to have a sink in your house; you’re going to have a website for your company.”

Followbright has opted to go beyond the kitchen-sink approach, tackling complex projects that require plenty of design savvy and trouble-shooting expertise. Take the site she did for DU history professor Susan Schulten as a companion to Schulten’s acclaimed book “Mapping the Nation.” The project required coordinating a team of programmers, librarians and digital specialists to create a site that brought the book to life in new ways. The website was such a success that Pheil’s team is once again tackling a website design for Schulten’s forthcoming book, “A History of America in 100 Maps.”

Though the work at Followbright continues steady and strong, Pheil has been on a years-long hunt for a special project to rekindle the light associated with her early experiences as an entrepreneur. She may finally have found it.

“I started to pursue [the idea of] what’s my unique ability, what wakes me up, what do I get passionate about at Followbright. A lot of times, it was helping team members and individuals and colleagues with their personal challenges,” Pheil says. “If a team member suddenly solved one of their biggest fears or their difficult beliefs, suddenly they were doing way better at work.”

Pheil saw potential in the work she was doing to help those around her. “I started to realize, holy cow, I can actually make a massive difference in both people’s lives as well as their companies and revenue, and people are insanely grateful and their lives are changed.”

And so the experiments began. Pheil used friends, family and colleagues as guinea pigs and started putting her undergraduate degree in psychology to work. What resulted was a brand new company, The MindFix Group, founded in January 2018. In her new company, Pheil works with high-impact individuals on tearing down the mental roadblocks that hinder their success. It’s not about therapy or meditation or crystals — it’s about results, Pheil says.

“We actually work on three different levels, which is one of the main reasons we see so much success,” she explains. The first level is the subconscious, where Pheil focuses on influencing people where they simply can’t themselves. The second level addresses the conscious level, working on thought loops and belief patterns. Finally, Pheil examines clients at the instinctual level, determining what unchangeable behaviors drive them. “When you combine those three levels at which we work, we are helping people in two to three months who have said they’ve been going to therapy for 10-plus years,” Pheil says.

Pheil knows that some people may greet her mission and work with skepticism, and that’s exactly why she places such an emphasis on tracking results. “I want to be able to show and point to and prove I am making an incredible difference and I can deliver absolutely, hands-down insane results that no one can argue with,” she says. “We are still running at 100-percent success rate for everyone through our program.”

While Pheil is busy helping others become their best selves, she says she is doing the same for herself. “It feels thrilling and exciting and filled with possibility and opportunity.”