Esports Club Levels Up on Campus 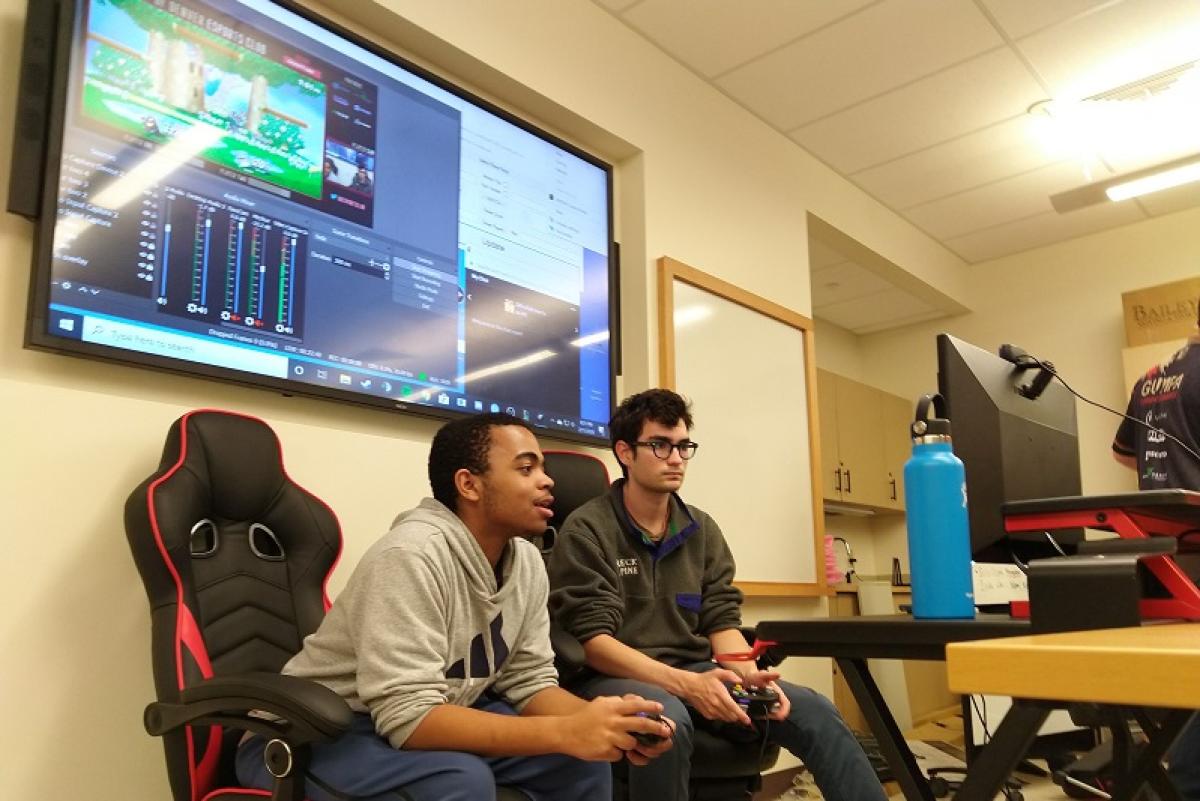 After practicing all week, Conrad Edwards feels a sense of pride when he slips on his crimson and gold jersey: University of Denver shield on the front, his name and gamer tag on the back. As Edwards — or “Gumpa,” as he’s known in competition — battles students from other universities, he feels the pressure to hold up DU’s name.

Video games are no longer just a fun, recreational activity. Esports, as they’re now known, are skyrocketing in popularity, and they show no signs of coming back to earth. And DU’s Esports Club is one of the many groups across the country that’s hitching a ride.

“I can see esports, within the next five years, becoming as popular as lacrosse and even surpassing it,” says Edwards, a sophomore majoring in international business and the club’s co-president. “It draws a big crowd. It’s interesting to see how they’ve evolved into the sports scene and the spectator scene.” 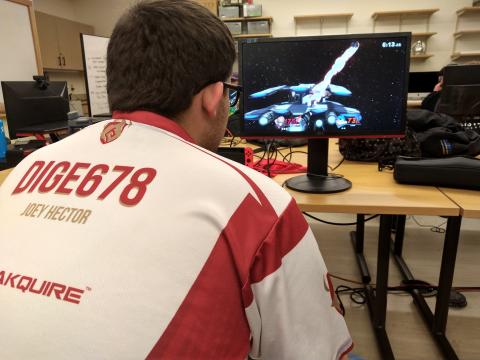 Esports may be the biggest movement that nobody’s heard of, quietly selling out basketball arenas for its most prestigious competitions. Millions of fans watch and stream broadcasts complete with play-by-play announcers. ESPN’s website features a dedicated esports tab with articles and power rankings by a team of beat writers. Some schools have begun to offer esports scholarships and feature teams on their athletic sites.

On DU’s campus, esports are similarly picking up steam. The club, which started five years ago, boasts a membership of 70 students and four teams that take on other universities every weekend (playing games like League of Legends, Overwatch, Hearthstone or Rocket League).

“You might say it’s not exactly physically active,” Edwards says, “but you ask anybody who gets into a tight situation, and they get kind of heated: Their hearts are racing; they might fumble their controls a little bit. The sporting aspect comes with the decision-making and the reflex times. Most pro players are very physically fit because you need to be in a good health state to have good reaction speed. They actually have exercise routines.”

On Tuesday nights, the club meets in a room in the Engineering and Computer Science Building for a weekly Super Smash Bros. tournament that regularly draws two dozen players. In addition to taking turns at the controller, players can try their hands at commentating and organizing the bracket. The environment is relaxed, as the regulars chat, laugh and talk trash with one another. Participants don’t pay dues and don’t need any prior experience. 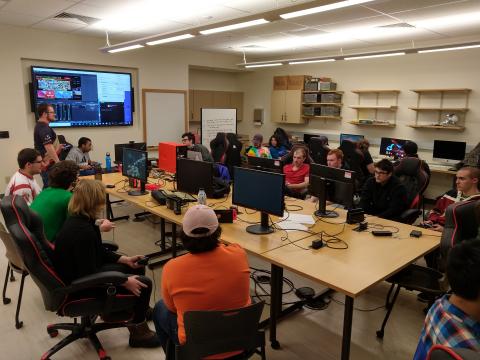 “It’s a big community, very welcoming, and I’ve seen such great support from people inside the club toward newer and inexperienced players and people who have a general interest in esports,” Edwards says. “You don’t have to understand what it is to enjoy watching it, and you don’t have to be good to play.”

Accessibility is just one reason the Esports Club has been gaining traction as an official DU organization with a burgeoning social media presence. It’s caught the attention of Chancellor Jeremy Haefner and vice chancellor for enrollment Todd Rinehart, who received his own official jersey from the club and tweeted about it.

That’s the kind of support Edwards hopes to harvest as he bulks up the club. Ideally, it will translate into a dedicated room for gaming with a dozen high-quality monitors. Maybe, he says, DU can start looking into scholarships for a team.

“I’m selling them on the next basketball,” he says. “I believe moving forward, with kids who grew up playing games, they’re going to want to watch these spectator sports more than traditional sports.”