Speaking at a press conference July 5, FBI Director James Comey said that while Hillary Clinton’s actions were “extremely careless,” there is no “clear evidence” that she or her colleagues intentionally violated laws when the then secretary of state used a private email server to send and receive classified government-related correspondence.

That statement, along with the fact that the FBI is recommending that charges not be filed against Clinton, now allows the Democratic Party’s presumptive presidential nominee to solely focus on her campaign.

Ambassador Christopher Hill – dean of the Josef Korbel School of International Studies at the University of Denver and former ambassador to Iraq, Republic of Korea, Poland and the Republic of Macedonia – weighed in on the situation during an interview with 9News.

“The overall takeaway is precisely as the FBI discussed … (there were) some errors in judgement, but it in no way rose to the level of a criminal charge,” said Hill. 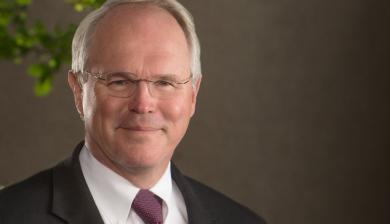 The obvious issue here, he says, is that it would have been better had Clinton used a State Department email, but he’s not at all surprised by the FBI’s decision. Referring to the FBI as a “stand-up organization,” Hill said he doesn’t believe the timing of the decision was in any way political, adding that the FBI “calls them as they see them.”

“I think the FBI would be very concerned about its own reputation in preventing any impression that it’s somehow coordinating the timing of its investigations with the political calendar,” said Hill

You can watch a portion of the interview here.