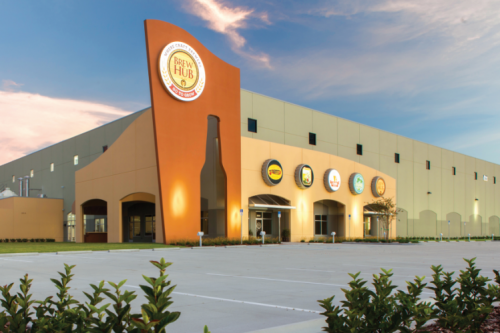 A longtime Colorado homebrewer and avid beer fan, Douglas Garrison (MA ’12) has attended the Great American Beer Festival (GABF) many times in the past.

And though he won’t be at this year’s event — which runs Oct. 5–7 at the Colorado Convention Center in downtown Denver — it will be the first time that Garrison, now a brewer at Brew Hub in Lakeland, Fla., has created a beer that will be in official competition at the GABF.

“It’s kind of surreal,” he says. “I’ve entered my own beers in homebrewing competitions before, but to think that I will have an actual imprint on beers that will be judged by the best brewers and judges of beer in the country is really special. That’s pretty awesome.”

And if one of his beers were to win a prestigious GABF medal?

“I would lose my mind,” he says. “I don’t even want to think about that. That’d be something else.”

Garrison’s road to the beer industry took a detour through DU’s Josef Korbel School of International Studies, where he was first a graduate student, then a staffer at the school’s Center for Middle East Studies. Garrison thought he was set for a career in international relations, but when he and his wife had their first child and decided to move to Florida to be closer to family, things changed. 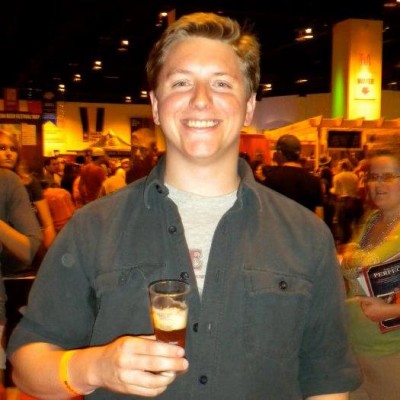 “The realization that an academic lifestyle, with field work, with language training, the general lack of a personal life — it dawned on me that it wasn’t very conducive to being a family man, so to speak,” Garrison says. “It was going to be really, really tough to balance work and family.”

So Garrison, an avid homebrewer since his sophomore year at Colorado College, set his sights on suds. He apprenticed at a pair of Denver breweries — including the DU-adjacent Fermaentra —before landing a job in Brew Hub’s packaging department.

“It gave me some exposure to the industry. It gave me a taste for what I could expect so I wasn’t walking into the industry blind,” he says. From packaging he worked his way up: canning, cleaning tanks, then carbonating, fermenting and flavor-treating beer. “We have a centrifuge for filtration, and I ran that for a couple months until I finally got the call up to the big leagues, so to speak — to actually get on deck and start brewing. I got the full tour of the brewing industry.”

Working at small local breweries was just a warmup for Brew Hub, whose main business is contract brewing for existing regional breweries looking to expand their output as they grow their markets. As Brew Hub’s website explains it, the process “allows craft brewers to not only brew their beer to [their] exact specifications … but also to package and distribute from the Brew Hub brewery and make their beer available for export to national and international markets. This concept allows craft brewers to expand their distribution without the overhead costs of building a new brewery, storing or transporting product.”

In other words, when they aren’t working on Brew Hub’s own creations — four of which they are bringing to this year’s GABF — Garrison and the company’s three other brewers are making beer for such labels as Cigar City Brewing, Orange Blossom Pilsner, Green Man, MIA Beer Co., Brew Bus and Toppling Goliath.

“We’ll take their brands, their recipes, scale them up and then work with them to fine-tune and streamline those recipes,” Garrison says. “Find where they can save money or get better utilization out of different hops, better efficiency out of a different grain, that kind of thing.”

And while Garrison hopes to open his own brewery at some point, for now he sees Brew Hub as the perfect training ground.

“You really can’t get bored. You’re brewing different beers every day,” he says. “We manage something along the order of 15 yeast strains — which for a normal brewery is totally unthinkable — 17 partners and between 30 and 40 unique brands that we brew. So it keeps it interesting. It’s something new every day, and it really helps you hone your craft. Brewing everything from a pilsner to a Russian imperial stout, you see it all.”