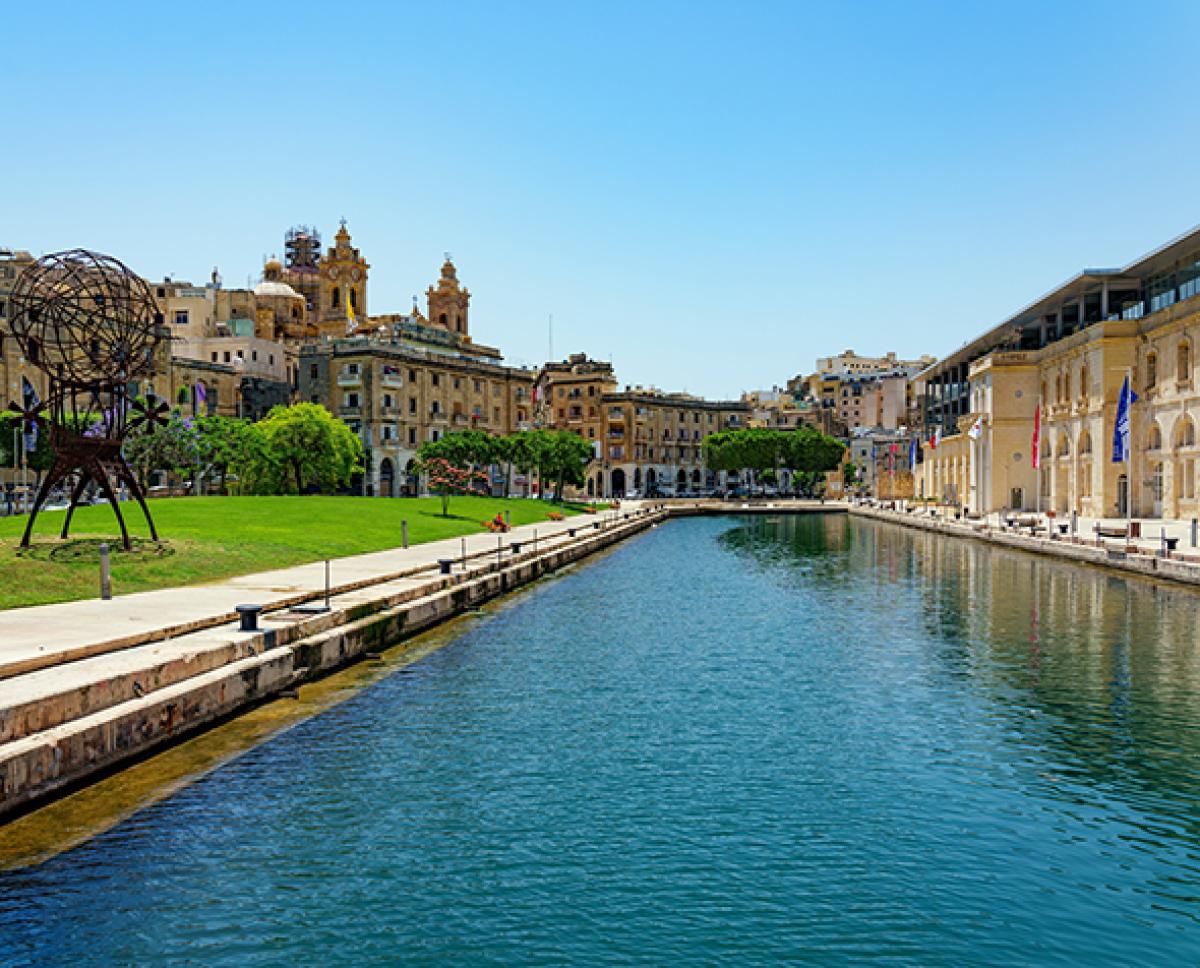 The University of Malta (shutterstock.com)

Lying in the middle of the Mediterranean Sea, roughly 50 miles south of Sicily and 180 miles east of Tunisia, the island nation of Malta is known not only for its clement climate but also as a center for commerce and combat. Throughout its bloody history, it’s been ruled by the Phoenicians, Carthaginians, Romans, Vandals, Ostrogoths, Byzantines, Arabs, the Kingdom of Aragon, the Holy Roman Empire, the French and the British.

These days, Malta fights a different sort of battle. Flush with history and culture, the independent republic relies heavily on tourism—largely via air travel—to sustain its population of 525,285 people. But with much of its 122 square miles touching the ocean and a high elevation point of only 833 feet, the island is concerned more than most with the impact that tourism is having on the climate. Any change in water levels brought on by global climate change is potentially catastrophic.

For Andy Goetz, a professor in the Department of Geography and the Environment at the College of Natural Sciences & Mathematics, these challenges present an opportunity to help.

Last year, he was selected for the Fulbright Global Scholar program, a prestigious exchange initiative that connects visiting scholars. Goetz will leave for the University of Malta in January, where he will teach courses and provide research on sustainability and the role of air transportation in Malta.

“I see Malta as being one of these island nations that’s really on the front line of the climate crisis,” Goetz says. “They are dependent on air transport for their economy, but at the same time, they’re feeling the effects of climate change, especially in terms of sea-level rise. To be in a place like that, to talk about these issues with people who are directly impacted by these things on a regular basis—that will be a really interesting perspective to gain. I hope what I find might be helpful to Malta and some places in similar situations to address these difficult problems.”

He'll teach classes as part of the Institute for Climate Change and Sustainable Development, which places technological solutions and interdisciplinary research at the center of the fight against global warming. The Institute is directed by Maria Attard—the sponsor of Goetz’s research—who has published numerous papers on transportation networks and spent eight years heavily involved in major infrastructure projects around Valletta, the capital and quasi-city-state that makes up most of Malta.

Goetz had previously spent time researching and teaching at the University of Bologna in Italy, a place where he says he gained perspective outside of what’s typical in his day-to-day life.

Being able to do the same on an island central to three distinct cultural areas is enticing.

“It’s a crossroads between Europe, North Africa and the Middle East,” Goetz says. “So, I’m expecting quite a bit of diversity among the students coming from all sorts of places. I find that very interesting, and I’m excited to hear the perspectives of students on some of these pressing global issues.”

After that, he’ll return to the University of Denver in December 2023 with a broadened outlook and fresh research potentially applicable in other parts of the world.

“I find that in many ways, European cities are ahead of U.S. cities as far as their urban form is concerned, as far as their transportation systems have been developed and in terms of making progress towards more sustainable forms of mobility. I believe that we have much to learn from what’s being done in Europe.

“The research I’m going to do is going to have an impact in terms of what I can bring to our program and our students at DU. I think having this perspective and experience of doing work in this European context will be especially beneficial when I’m working with graduate students, but also undergraduate students. I believe there are multiple aspects of this that will directly translate into a better educational experience for our students.”