In the Driscoll Underground, students and faculty huddled around notebooks. At a community gathering space in downtown Denver, a cohort of strangers met over coffee. In a café across town, members of the community sipped wine.

The DU Grand Challenges event grows out of the University’s multipronged strategic plan, DU IMPACT 2025. In keeping with the plan’s emphasis on strengthening communities and impacting the world, groups that come up with concrete ideas are eligible to receive a $1,000 Community Table grant from DU.

“I think these spaces are the ones that generate the most amazing and innovative ideas to solve problems on our campus,” said Walid Hedidar, a second-year student at the University of Denver. “I think they’re the incubators of these awesome ideas that get people on the same page working together.”

When Hedidar heard about the event, he knew he wanted to make a difference. He signed up to host a table — one of more than 75 across the globe — and facilitated a conversation.

“The format is very open and conversational,” Hedidar said. “For me it was important to get together with community members, brainstorm about the DU Grand Challenges and figure out solutions to better our community, whether that’s here locally or the communities we influence globally.”

Joined by a professor and two graduate students, the conversation at Hedidar’s table focused on the struggles students and faculty on campus can have with dialogue. Heads nodded and pens scribbled across paper as each contributor offered his or her own perspective. 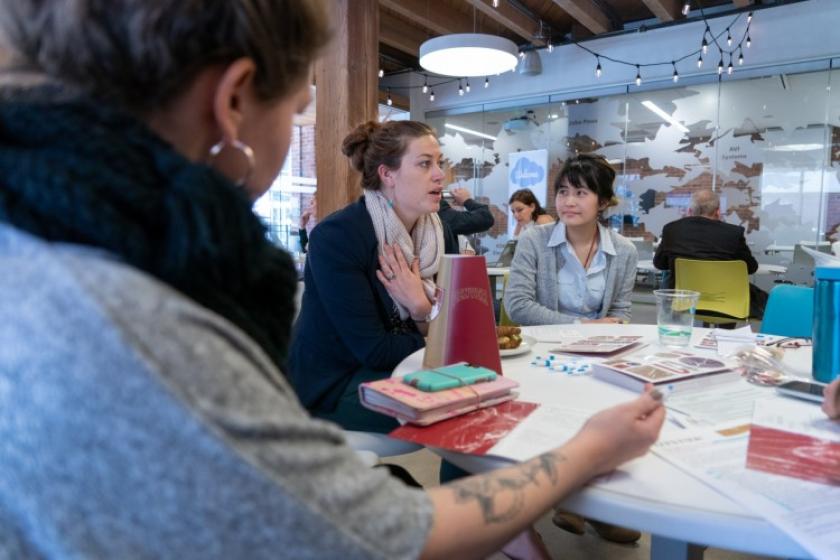 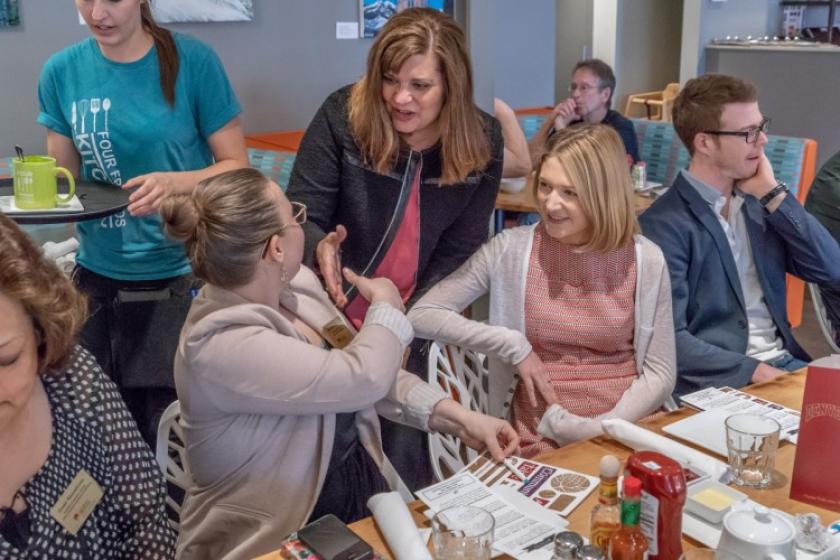 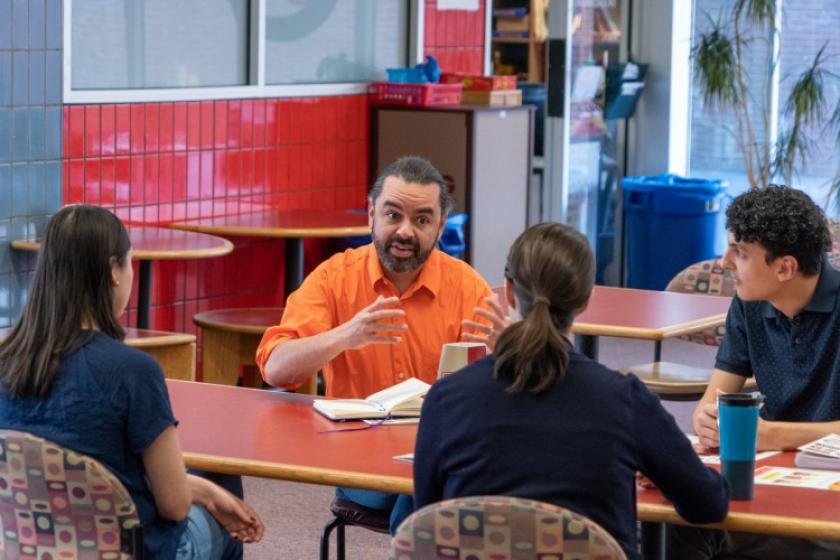 Alejandro Cerón, an assistant professor in the anthropology department, weighs in during A Community Table. (Photo: Wayne Armstrong) 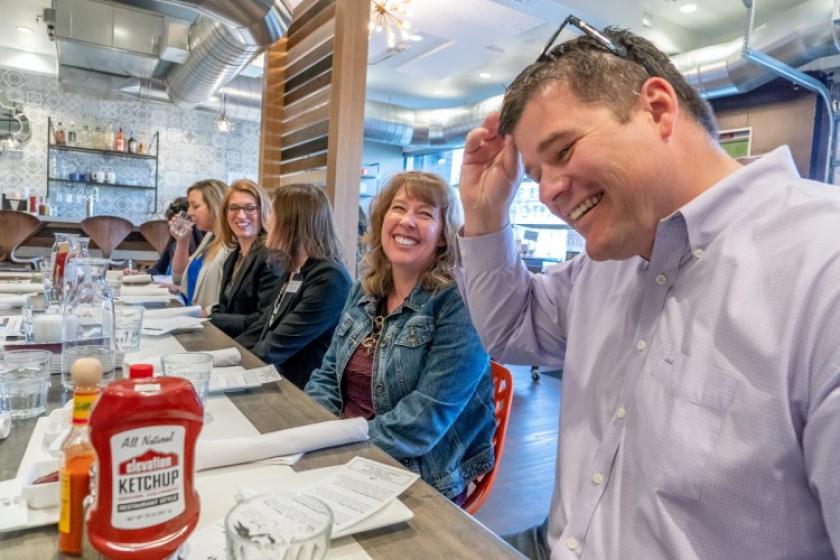 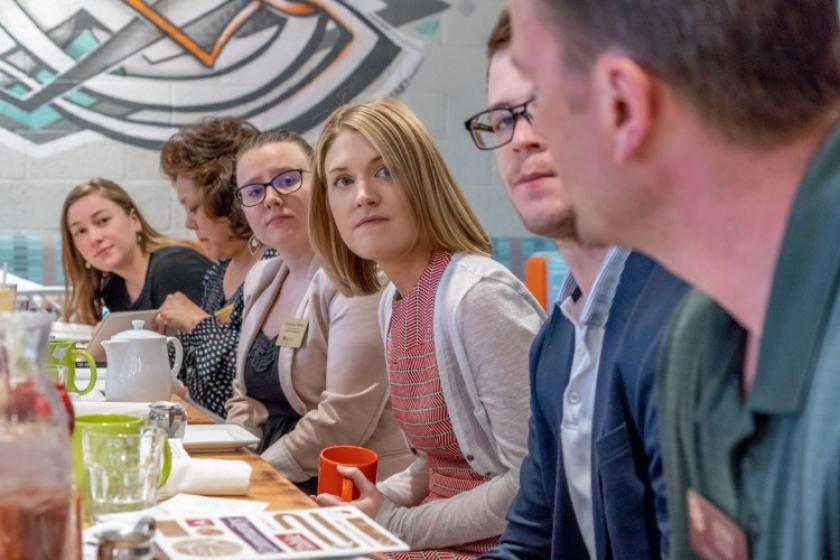 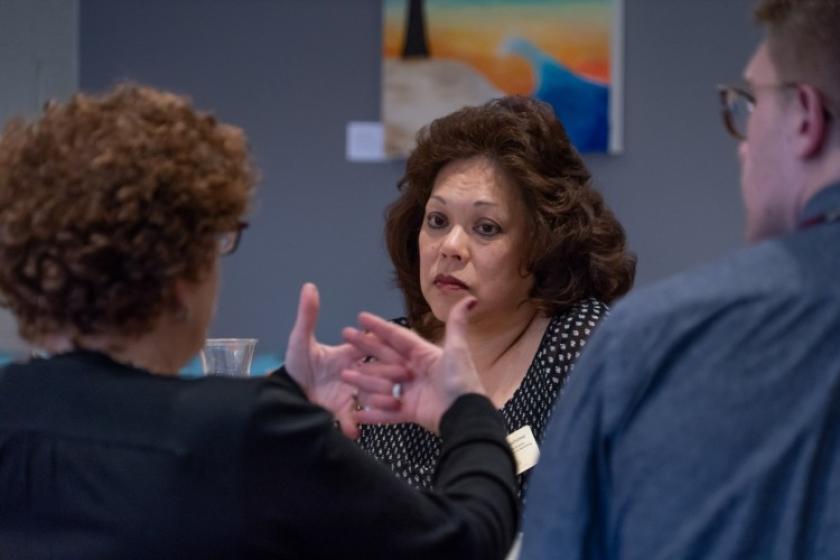 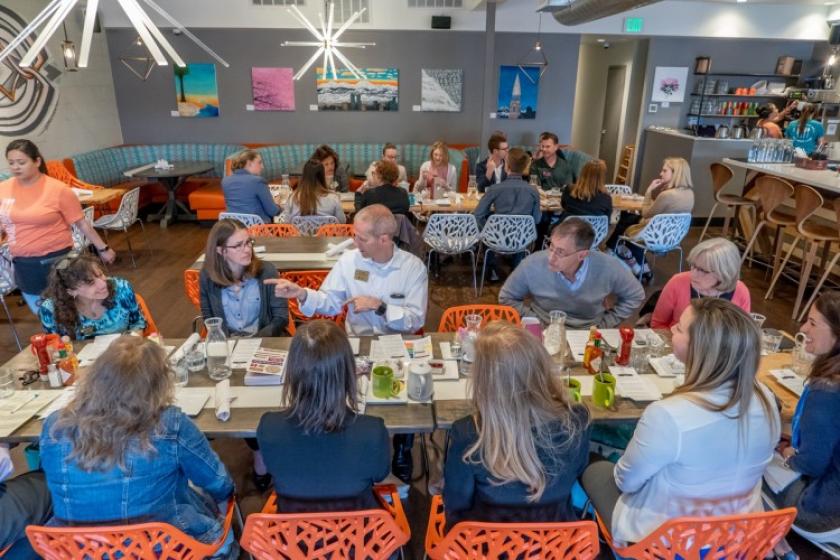 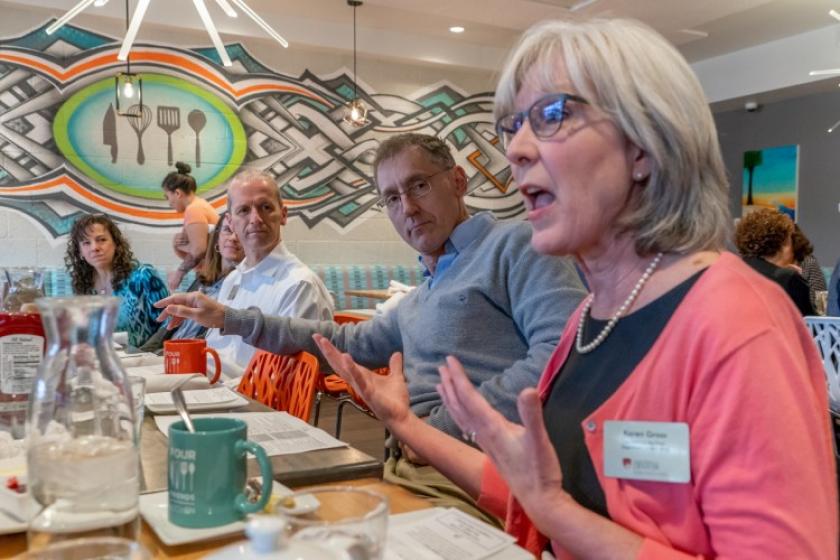 Together, they worked to clarify the problem and search for potential solutions. Admittedly, said Roxana Toledo, a Honduran graduate student at University College, solutions aren’t easy to come by. But leaving the table with more questions than answers, “is a great thing.”

“It feels good to know there’s more people willing to talk, willing to listen to other people and different perspectives,” she said. “That in itself is motivational. It’s rewarding to know there are spaces opened for people to be putting their ideas out there while being supported by an environment that truly is open.”

In the open space of LoDo’s The Alliance Center, a group of women around the table took turns introducing themselves. Each had her own area of expertise, from climate change to reproductive rights to law enforcement.

For Ayn Fox, whose passion is creating stronger communities, the get-together was inspiring.

“I happen to love the idea of conversation, particularly if there are some issues that are scary,” said Fox, a neighborhood ambassador for LoDo District Inc. “One of the frustrations I have is what’s happening with social media and emails. People are getting so overwhelmed, it’s hard to really integrate ideas. I think that we need to have conversation in person.”

As Stacy Hanson sees it, face-to-face interactions forge stronger connections between people who want to make a difference. So when she was told about the opportunity to organize a table, she invited as many diverse voices as she could find.

“Conversation can do everything,” she said. “It can spur ideas; it can create relationships; it can get people engaged with one another. People can inspire one another with a conversation. You’ve got to start somewhere.”

With a marker and pad of paper in hand, Hanson guided her group of community members as they discussed ways to connect people in need with available resources.

At a time when it seems increasingly difficult for people to listen to one another, Hanson said, it’s critical for institutions of higher learning to break into the greater community and extend a hand for conversation. The partnership between academics and changemakers on the ground has so much potential to be fruitful.

“I’ve been in the real world enough to know it’s great to have vision; it’s great to have grand ideas, but the hard part is implementing them and making them happen,” Hanson said. “I really do hope these [conversations] are something that will grow.”

This coming year, DU will organize activities that can have an impact on improving daily living in communities through collective action.