We are less than two weeks away from Election Day, and there’s little doubt of the growing influence of the Latino vote in Colorado and across the country. To truly measure the impact of the Latino vote, the University of Denver’s Latino Leadership Institute (LLI) partnered with Latino Decisions and the Latino Data Project to present the largest survey ever done on the Latino electorate in Colorado.

LLI was established in 2013 to help elevate professional and executive Latinos into roles of leadership in the community and also to honor the history and contributions of past and current Latino leaders.

“Colorado truly is a model and replica of what’s happening across the country with the Latino population,” says Joelle Martinez, executive director of LLI. Currently, one in five Coloradans is Latino, which means there are 1.1 million Latinos living in Colorado. Over the next 20 years that ratio is expected to drop to one in three. “Latinos are so much younger than other population sets in Colorado and across the country,” Martinez says. She expects to see the most rapid growth among Latinos to start in 2030.

As the Latino population grows, so does the overwhelming preference for English as their primary language. The new research, conducted by Latino Decisions and the Latino Data Project, found that 47 percent of Latinos in Colorado speak only English at home. “We are seeing a shift, particularly with the younger generations. Their preference is English, and the older generations are pushing them toward that as well,” Martinez says. The research also shows that nearly 70 percent of Latinos prefer to receive their information through English-speaking media. For this reason, Martinez says, it is important that the media also focus on issues important to Latinos. 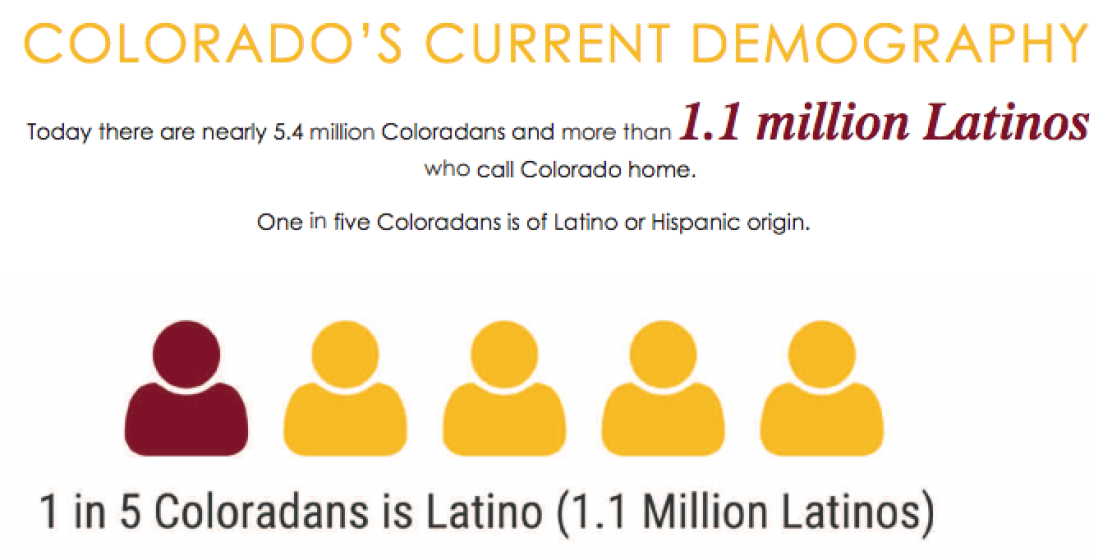 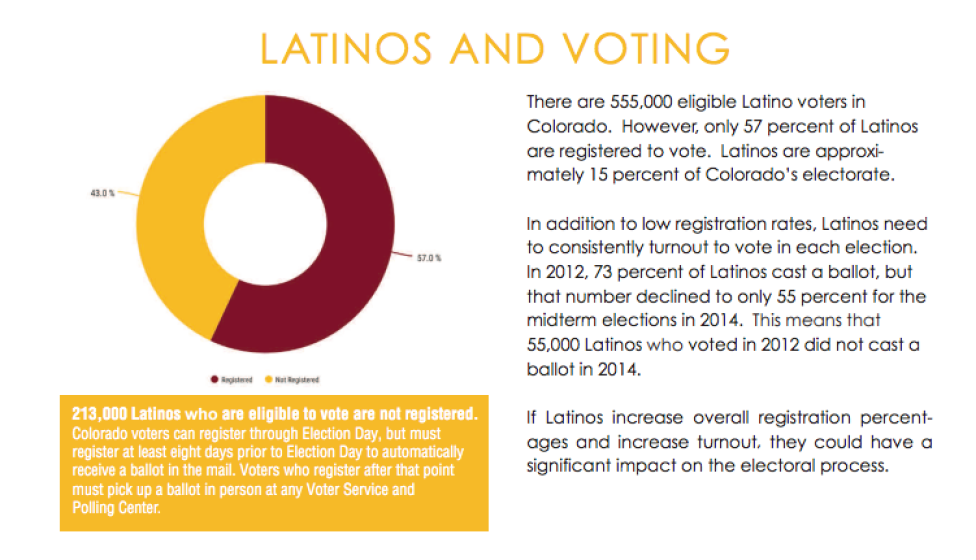 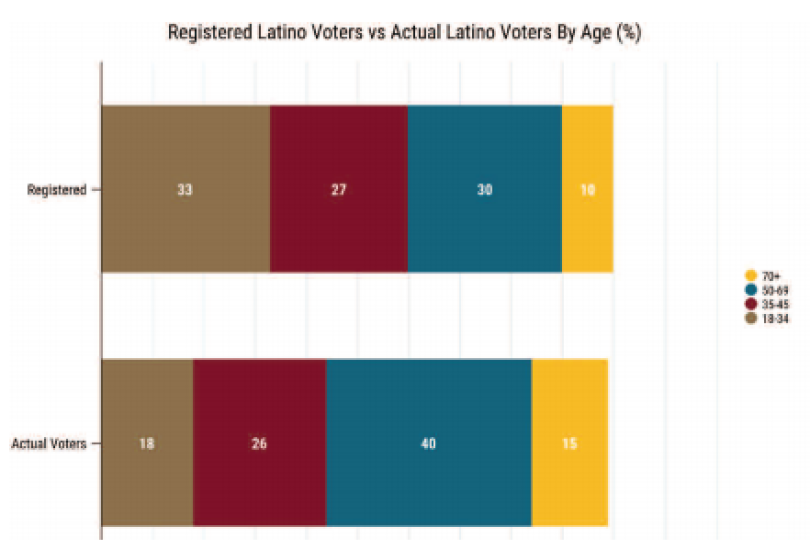 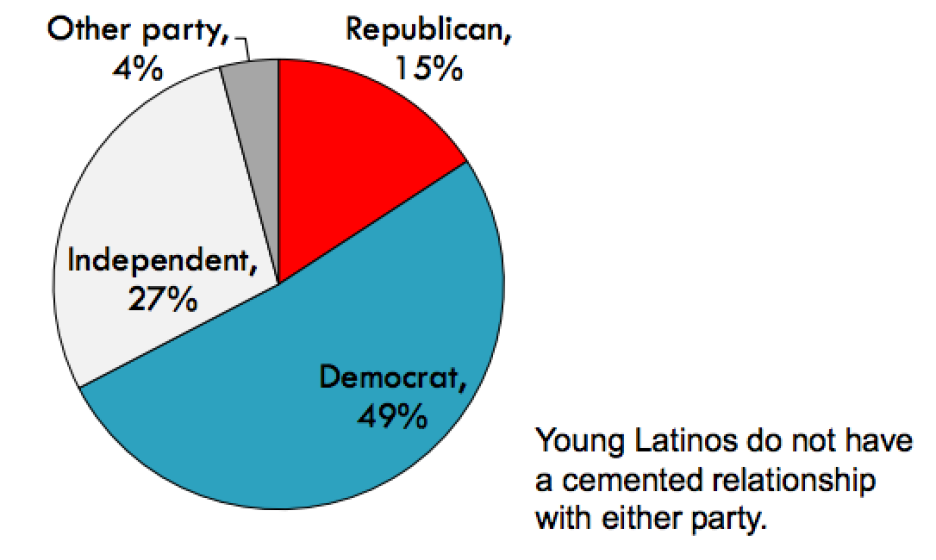 “Latino millennials are cause-driven,” Martinez says. “I think that is why a candidate like Bernie Sanders, who was very cause-focused, could entice them and excite them where other candidates that don’t have causes rooted to them, it is very hard to engage [young Latinos] and get them excited.”

Their loyalty to a cause versus an actual candidate also helps explain why a majority of millennial Latinos don’t support one particular party. “Less than 50 percent are registered as any one party. That tells you that the parties have a lot of work to do to engage them in their party platforms,” Martinez says. “Candidates don’t excite them — particularly our candidates right now for president.”