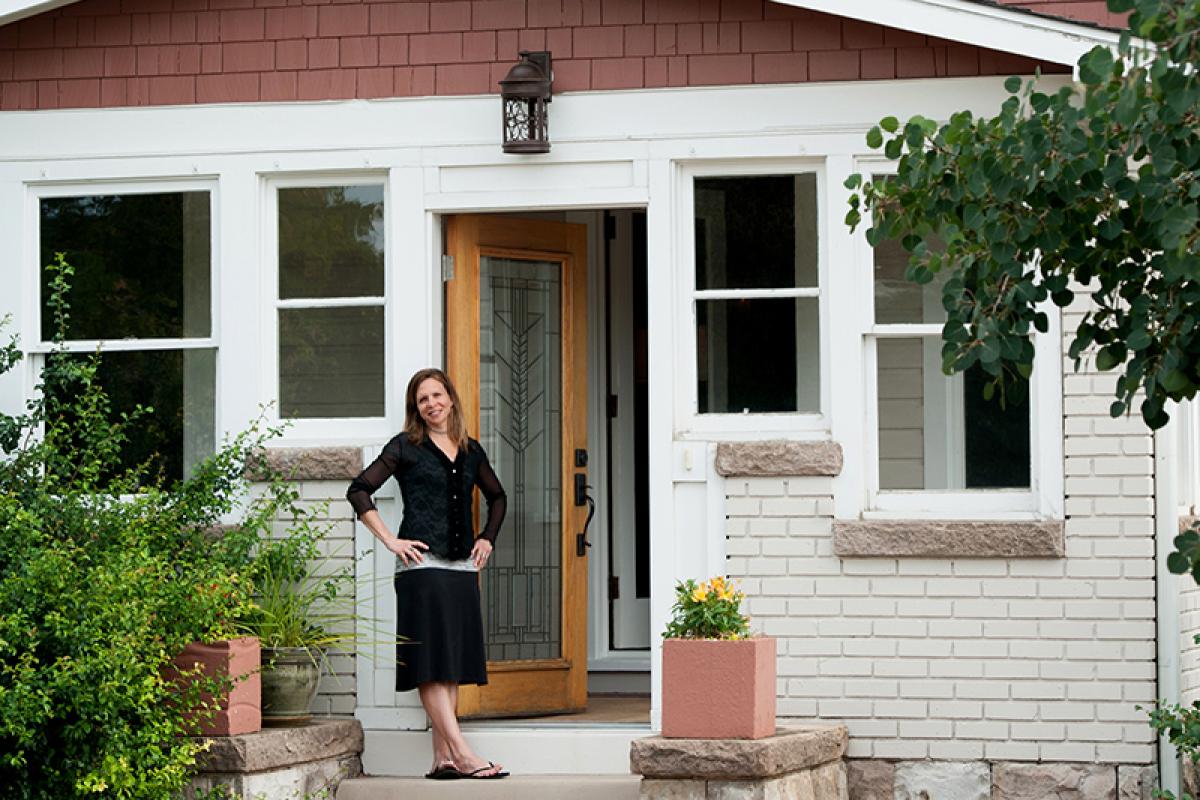 As a young social work graduate student, Andrea Philleo spent hours among young girls at a maximum-security youth correctional facility. She saw them languish with no access to physical activity, fresh air, healthy meals or meaningful human interaction and thought, “There must be a better way.”

Today, Philleo is an adjunct faculty member at the University of Denver’s Graduate School of Social Work. But that’s just one of her roles. She’s also founder and executive director of the Colorado Wellness Center for Girls (CWCG), which aims to fill the gap she saw so vividly during her training.

“I came to the conclusion that one day I was going to open up something that looks really different,” Philleo says. “A place where girls can get all of these wellness aspects — good nutrition, physical fitness, a hug if they want it, yoga, meditation, mindfulness — all of the things that we call wellness-based interventions.”

Launched in 2013, the nonprofit CWCG is a licensed day treatment center that welcomes girls between ages 12 and 21, many of them referred by therapists and pediatricians, some of them by word of mouth. After two years in operation, the CWCG shut down operations, but now Philleo is back and more dedicated than ever.

The center re-launched earlier this year and currently hosts a cohort of six girls, who are there from 8:30 a.m. to 3:30 p.m., Mondays through Fridays for a four-month period.

For several hours each morning, the girls focus on online schoolwork before practicing physical activity, such as yoga or outdoor exercise, for an hour. A nutritionist prepares lunch and snacks, with a side of food education, and then it’s on to therapeutic programming. That includes everything from family therapy, coaching and group support to topical guest lectures.

“These are girls that are suffering from depression, anxiety, withdrawal, isolation, low self-esteem, low self-worth,” Philleo explains. “This was kind of a quiet population of girls in and out of hospitals. ... I realized there really wasn’t an intermediate form of care.”

One such girl is Taya Hoy, who participated in the first incarnation of the CWCG. At 15, Hoy was brought to the Jefferson County assessment center where she learned of Philleo’s program.  Though she initially balked at the idea, meeting Philleo changed her perspective, and she enrolled.

“[The CWCG] completely changed my life,” Hoy says. “I really think it has to do with how nurturing everybody was. They never rejected me. Even when I was acting out, I could tell that they loved me.”

After leaving the program, Hoy finished high school and is now pursuing a psychology and sociology degree at Metropolitan State University of Denver. Though it’s been years, Hoy says she still hears her CWCG coaches in the back of her head and carries so many lessons. Thanks to her time at the center, she still practices yoga to regain control in stressful situations. She has an intuitive healthy eating instinct — even as an undergraduate college student immersed in a pizza and burgers culture. Just as important, she’s practiced in the art of skillful de-escalation.

Beyond those daily reminders of the CWCG’s influence, she also enjoys a renewed relationship with her parents, as well as a bond of sisterhood with fellow members.

“The other girls there felt like sisters to me, and it was so appropriate that we were in this really cozy house,” Hoy says. “I think it’s really important that girls have a safe place to be with each other, not worry about vanity and just be completely themselves instead of always having to hide behind a façade.”

While her studies take high priority right now, Hoy also serves as a board member for the CWCG and an ambassador for its mission. She hopes to help facilitate the same growth for others that she saw in herself.

As Philleo sees it, that growth is the fuel behind the whole concept.

“Our biggest goals are to develop a sense of groundedness, self-esteem and feeling better about themselves from a physical, emotional, psychological standpoint,” she says. “That’s the backbone of our program."