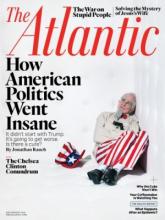 “The chaos and craziness that we are seeing in politics did not just happen all by itself. It happened in part because a lot of well-meaning people misunderstood how politics works.”

That’s the idea Jonathan Rauch advances in his recent think piece in The Atlantic, “How American Politics Went Insane.” Rauch was at the University of Denver last month to teach a two-day course for public policy graduate students titled “Political Realism.”

Rauch’s appearance on campus supports the aims of DU’s Institute for Public Policy Studies. “No public policy program could possibly ignore one of the most consequential elections in history,” says Richard Caldwell, co-director of the institute. “Most of these students will go to work in one phase or another of the policy sphere, and they need to understand the political dynamic and the evolving reality of the electoral system.”

Rauch agrees. “These are the people who are going to have to fix the political mess,” he says. 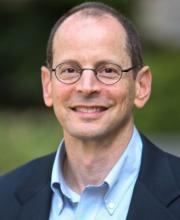 “What I encourage people to think about is how to fix the party system we’ve got, not to dream about something new. It works pretty well when it works. Over many years it brought us a lot of extraordinary, distinguished presidential candidates, and it ran Congress quite well.”

Rauch believes the only way to change Washington is to change perceptions about the nation’s seat of government. “The idea that any idiot can walk into Washington and do the job is wrong. If we create some more respect for politics and how hard it is and more realistic ideas of how to do it, I’m hoping that will help reverse some of the cynicism we have seen that just assumes politicians are venal and incompetent.”

That’s where a new generation of leaders comes in. “The takeaway for students is understanding that government and politics is not just an academic exercise, but it is rooted in how actors in the system actually behave and on how the system can and must be reformed to avoid gridlock, alienation and failure,” Caldwell says. “The key is knowing that the system once worked far better and that it can again.”

Rauch hopes today’s leaders in Washington take the time to learn from previous generations. “I hope they take away that our grandparents were not crooks and morons. There were reasons they organized politics the way they did, and it wasn’t because everything was crooked or corrupt. It was because there are some things you need to do in politics; you just need to get them right, and if you don’t the whole thing will cave in.”

Jonathan Rauch is a contributing editor of the National Journal and The Atlantic. He is also the author of several books and many articles on public policy, culture and the economy. Since coming to DU in October, Rauch has published an article in The New York Times and been featured in another article in The Wall Street Journal.

The political mess that he outlines in his feature in The Atlantic started long before the 2016 election cycle. Rauch said he started noticing something was terribly wrong in 2011, when the president and both houses of Congress wanted to pass a new budget deal, but it failed anyway. “Congress was failing to get itself organized enough to perform its basic duties,” he said. “It became clear that the problem in Washington was not bad leadership, it was a problem of bad followership.”

Rauch describes a Washington, D.C., where parties are losing their ability to recruit and properly vet candidates, where they are unable to organize campaigns and influence messaging. When that happens, he maintains, you start seeing candidates who don’t truly represent either party. Registration records show Donald Trump has been a Republican, Democrat and independent. Bernie Sanders, meanwhile, was an independent until switching to a Democratic affiliation before the 2016 election. Rauch says this further illustrates how political parties are not properly doing their jobs.