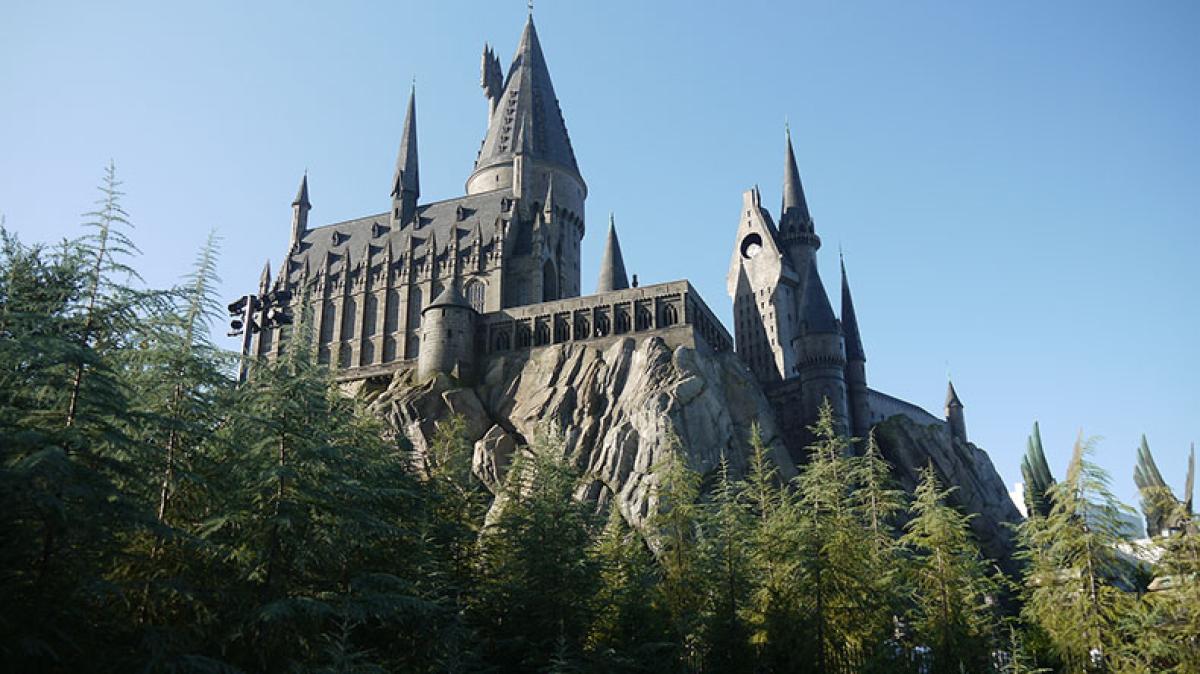 So engrained in American culture is Harry Potter that Hermione is now an acceptable name for a child. Butterbeer is an item on Starbucks’ secret menu, and most everyone knows which Hogwarts house they’d be sorted into. For so many, a time before phrases like “wingardium leviosa” entered the English lexicon seems like a distant and dark past, yet on Sept. 1, it will officially have been 20 years since “Harry Potter and the Sorcerer’s Stone” first cast its spell on the U.S. In celebration, we talked to M.E. Warlick, European modern art professor emerita — who brought her love of Harry Potter to the classroom through her course “Harry Potter and Esotericism” — about the series’ enduring legacy.

How did your personal interest in Harry Potter develop?

The first thing you should know is that I’m a purist. My first encounter with Harry Potter was in 1997 in Britain. My own personal research is about alchemy, which is medieval history of science and the [visual tradition surrounding that]. I was at Cambridge just for the day, doing some research looking at a manuscript they had there, and I was heading back to London. Walking to the train and I passed a children’s bookstore. In the window was “Harry Potter and the Philosopher’s Stone.” You might know that in Britain it was published with that title, which is really an alchemical term. I walked in and I started flipping through, and the name Nicolas Flamel came up. He’s a real person and was connected with alchemical legends, so I said “I have to have this.” I bought the book and I gobbled it up. I’m a true believer in Harry Potter.

Your class looked at some of the alchemical elements in Harry Potter and their real-life roots. What were some of those elements students may not have realized on first read or watch?

There’s witchcraft, there are potions, there’s spell casting. The truth is all those things had real histories back in the Middle Ages. There’s some astrology with the Weasley twins and the Gemini idea. Draco’s name is a constellation, and of course there’s the Astronomy Tower where Dumbledore falls. There is a little bit of tarot in there too. Professor Sybil teaches divination and she does palmistry and crystal balls — all of that stuff has a history.

What the students often say is, “I had no idea all of this actually existed. I thought [J.K. Rowling] made it up.” She was a classics major in college. There’s this one scene in the movie where Dolores Umbridge is challenging the centaurs, and they take her away. She’s about to kill them and they get the best of her. They pick her up and they grab her. In Greek myth, some centaurs break into a wedding and carry off the women. [Rowling] knows her original stories, but then she plays with it. There’s just another layer of what’s going on there, which is very learned.

What do you think really resonated with kids when Harry Potter first came out that made the series so wildly successful?

What the students are doing at Hogwarts is learning to control their own power, and I think that’s something that is appealing, particularly to young kids — to realize that there’s an adult world. You feel like you have no control, especially when you are 11 or 12 or 14. It’s like, ‘How can you really develop your own skills?’ That’s central to these books. I think that’s one of the appeals that would also be timeless to anybody. What is your patronus — this thing that is an animal that represents your spirit — and how can you learn to bring that forward? That’s something that kids can relate to. What is their power? What can they offer? There are a lot of things kids deal with on a very practical level day to day, and I think she weaves that into her stories. They just want to know that there’s some kind of magic in the world, and she really reinforces that, yes, there’s magic all around us.

In an era where people say the book is disappearing I think she’s given us a wonderful gift to say, ‘Well, at least there’s Harry Potter. As we are looking as a world that has a lot of challenges, I have faith that there’s a whole legion of millennials who want to fight evil.

Because of your role as an art historian, your class focused heavily on images. What is some of the key imagery to watch out for in the movies?

I really wanted to talk about the visual traditions that accompany all of these various themes that run throughout her book. So we spent more time thinking about images and looking at pictures. We talked about the way art comes into the films. In the Gryffindor common room where they meet quite a lot, the walls are decorated with the unicorn tapestries. These are very beautiful medieval tapestries. There are two sets; one is in Paris, one is in New York. There are lots of examples like that. Professor Snape, when he’s talking about werewolves, walks into the classroom, closes all the windows and then turns on a slide machine. He’s showing a series of images, and I could show the students where he got each one of those images. And he played with them. There was the Leonardo da Vinci “Vitruvian Man.” It’s a man in a square and a circle, but he had the head of a wolf.

It has been 20 years since Harry Potter debuted in the U.S., and it remains incredibly popular. Do you think the series’ popularity will live on?

I think it will stand the test of time as a children’s classic. We are still reading Dickens’ “A Christmas Carol” every year and “Alice in Wonderland.” These were written in the middle of the 1800s, so I think if it’s something that is strong enough and inventive enough, it will last. There are a lot of Victorian things we aren’t reading anymore, but I think if something really touches a nerve or creates a truth, I think it will last.

The Newman Center at the University of Denver is hosting Potted Potter - The Unauthorized Harry Experience - A Parody by Dan and Jeff on Sept. 18-23. The show condenses all seven Harry Potter books into 70 hilarious minutes. If you are interested in attending, please click here for ticket information.