This story first published in the University of Denver Alumni Magazine in 2010. 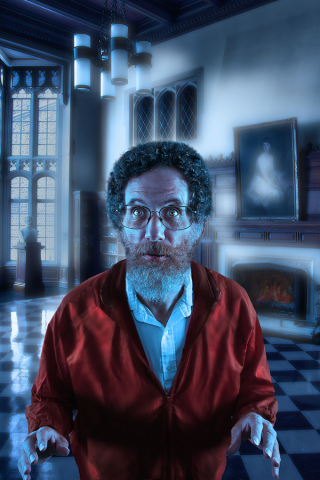 You might not want Phil Goodstein (MA history ’75) to learn too much about your life. He just may find all the skeletons.

Goodstein uncovered plenty of bones in his latest book, The Ghosts of University Park, Platt Park and Beyond (New Social Publications, 2010), in which he examines historic south Denver and the stories — good and bad — of its people and places. About a third of the book specifically deals with Goodstein’s alma mater, and it’s not all pretty. If you believe everything the author and historian writes, you might just be running into dead people all over campus.

The Mary Reed Building and Margery Reed Hall are rumored to be haunted by their namesakes. Goodstein says that’s partially due to the uncertainty of what caused Margery Reed’s death. “Some people have said it was a jungle disease, but there are rumors that she had a falling out with her husband, who used an exotic poison on her while in Peru,” Goodstein says. (She died shortly after returning to the States.) Margery met her husband at DU; she was a student and he was an adjunct faculty member. One possible incentive to kill? The Reeds were financially well-off, Goodstein explains. Margery’s husband was not, and he ended up inheriting a great deal of money after her death.

But actors weren’t the only ones utilizing the building. “[Hundreds of performers] over the years have all been convinced there’s a ghost,” Goodstein says. “They claim strange whispering and odd echoes during performances; things were always slightly going wrong.”

That’s just one of many tales Goodstein recounts in his book.

Mary Reed herself is apparently watching over her building’s Renaissance Room, and the eyes in a portrait of her can be seen following visitors, Goodstein says. In the historic Buchtel House, guests have experienced cold breezes, thumping noises and slamming doors, according to the historian. That was because Henry Buchtel, who was DU’s chancellor and Colorado’s governor, might not have been keen on the parties occurring in his old house. Buchtel was a “militant prohibitionist,” Goodstein explains, and the house often hosted DU-affiliated parties and receptions that included the serving of alcohol.

And apparently, the University Park home formerly owned by Ammi Hyde was never  vacated by the legacy professor, even though he died in 1921 at age 97. The house was demolished in 2009.

Although ghost stories aren’t verifiable, they will always fascinate people, he says. “Maybe it’s a feeling that they are missing something else, or the idea of providing an explanation to things that might be inexplicable,” says Goodstein, who also leads historic walking tours around Denver and has written more than a dozen books on area history.

Despite its title, The Ghosts of University Park also includes chapters on less mysterious aspects of DU history. Goodstein praises Chancellor Emeritus Dan Ritchie for rebuilding DU’s campus. He also writes about DU’s skyrocketing enrollment due to World War II veterans who attended the University on the GI bill.

“This has all been the cumulative process of 25 years gathering information,” Goodstein says. “I’ve heard all kinds of good stories.”