History of Homecoming at DU

The Homecoming tradition at the University of Denver dates back more than 100 years. In that time, DU has seen many traditions emerge and evolve. There have been parades, class fights, chariot races, annual dances, engineers' day, Pioneer day, beard-growing contests, Hocktoberfest, and of course, football and hockey games. This evening, Homecoming and Family Weekend celebrations will commence on campus. However, here’s a look back at what we have seen at DU over the years.

When Homecoming first started at the University of Denver, the tradition encompassed three days and included a football game against the University of Colorado Boulder. In 1960, when the football program was discontinued, fans started rallying around the hockey team for Homecoming and the rivalry with Colorado College was born.

Students on campus have participated in a wide variety of activities that became associated with Homecoming. Starting in the 1920s, there was an annual dance that the entire University would participate in. Around this same time students held the “class fight.” The freshman and sophomore classes would battle for supremacy during Homecoming. Students would often go head-to-head in four events: potato sack race, tug-of-war, flag rush and the ripe-vegetable fight. Beginning in the 1930s the fraternities would compete in chariot races. In the annual beard-growing contest, two styles were permitted — the Abraham Lincoln and the Van Dyke — and all entries had to be self-trimmed. On at least one occasion the winner received a free razor.

During halftime of the 1959 football game, the DU marching band performed in the styles of bands from across the country. They marched to the song “D-Rah” in waltz, stop, cha-cha and Dixie-land tempos.

Denver, our Denver, We sing to thee

Give her three times three

Long may we cherish her

One tradition that appears to stand the test of time is the Homecoming parade. It is true that the parades have looked different since the 1916 Thanksgiving Day Parade, but it is an event with consistent appeal to the entire DU community. 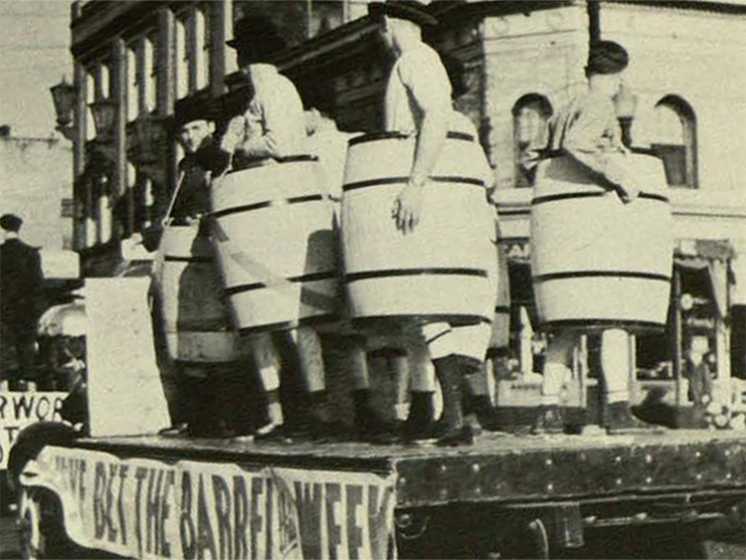 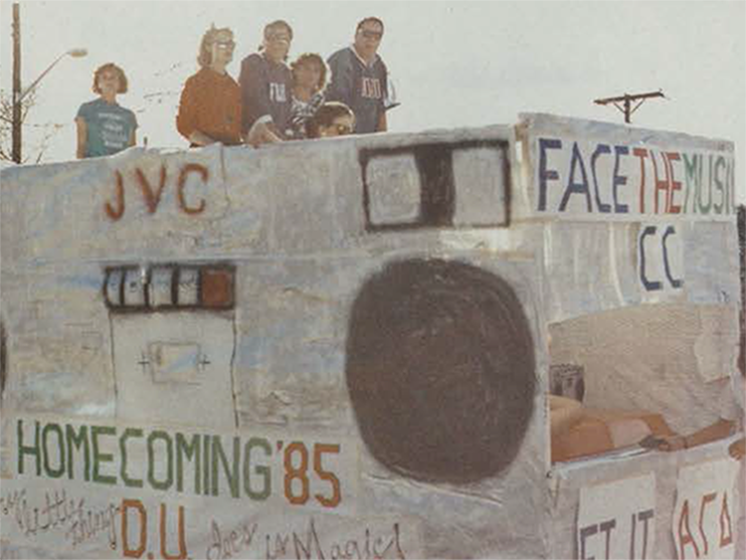 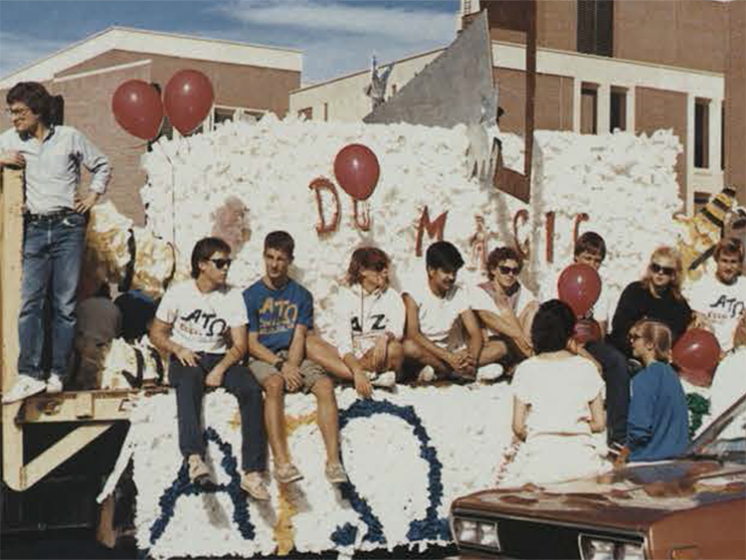 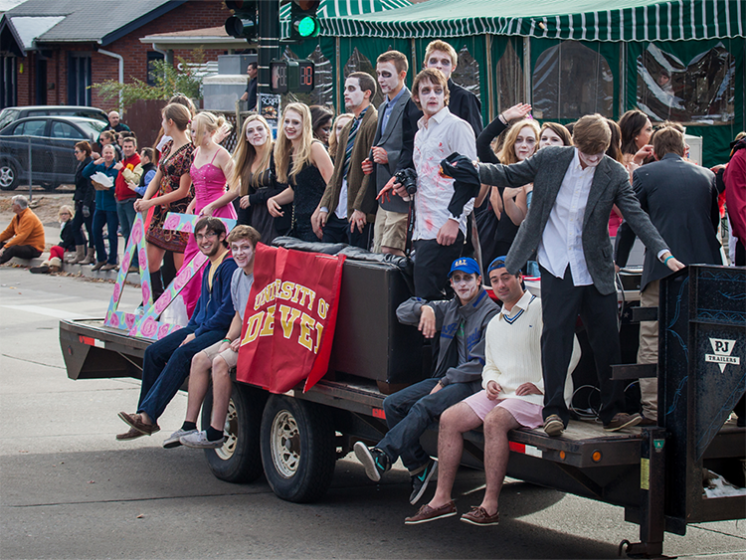 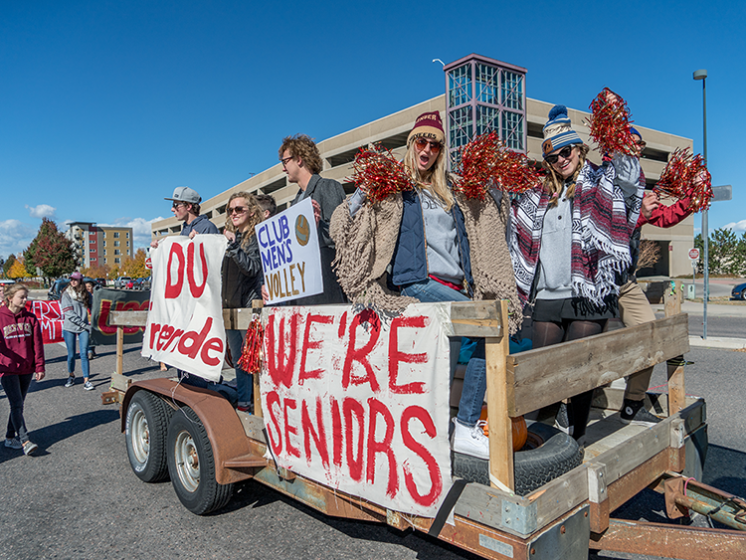 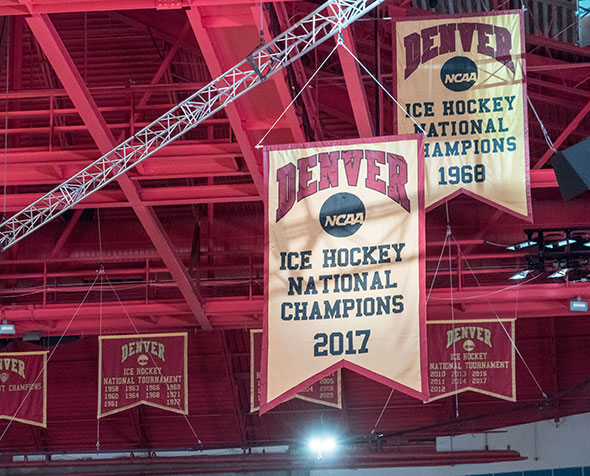 DU Community Comes Together for Homecoming 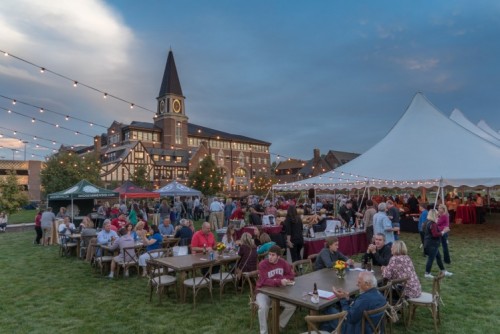