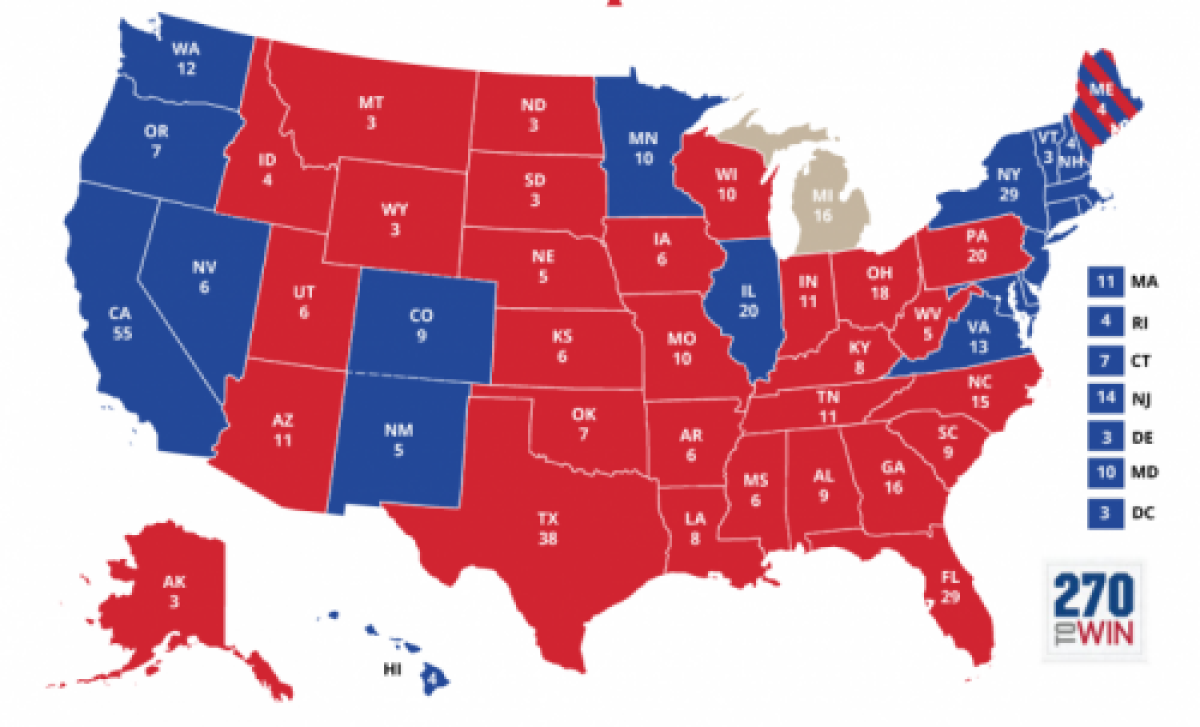 Few polls predicted that Donald Trump would become the next president of the United States. But as votes started coming in, the exit polls painted a pretty clear picture of what happened: Male voters swung heavily in Trump’s favor; evangelicals, who had appeared to be leery of Trump, supported him anyway; non-college-educated whites came out in huge support of Trump; and Clinton failed to perform well in states and counties that historically have been good to Democrats.

“The real mystery is the upper-Midwest,” says Seth Masket, professor and chair of the Department of Political Science at the University of Denver. “Wisconsin and Michigan had been very comfortably democratic for a long time, and they are usually much more democratic than Colorado, Virginia and other normal swing states. The fact that they leapfrogged in a Republican direction was a real shock.”

Wisconsin, with its 10 electoral votes, had not gone to Republicans since 1984 when Ronald Reagan won every state except Minnesota and Washington, D.C.

While Trump ran away with the electoral vote, Clinton may win the popular vote. She currently leads the president-elect by more than 200,000 votes, or about two-tenths of a percent. If she holds on to the lead, she will become the first presidential candidate since Al Gore in 2000 to win the popular vote but lose the election.

During the campaign process, Masket notes, Americans saw both candidates attacking each other more than selling themselves to the American people. If voters wanted to learn what Trump and Clinton stood for, they had to research it on their own.

“There was really much less issue discussion in this presidential election possibly than any other in modern times,” Masket says. “In part this is because the candidates were already [such] well-known and polarizing figures that people didn’t really care. People were focused on the fact that one candidate or the other was completely unfit and inappropriate for office, and they wanted to hear more about that.”

For this reason, Trump now enters the White House with many Americans not knowing exactly where he stands on many issues.

“One of the most consistent facts that we’ve learned about Trump is he doesn’t really care about that many different policy areas. Trade is something that is important to him. Immigration is obviously an issue of interest to him. But beyond that, he seems largely uninterested with some of the arcana of governing. My impression is he will leave most of the legislating to Republicans in the House and Senate and will largely sign off on what they do.”