Implications of a 10-Minute Phone Call

Since becoming president-elect last month, Donald Trump has received calls from leaders all over the world. However, it’s his 10-minute phone call with the president of Taiwan on Dec 2 that everyone is now talking about.

“Many people see this as Trump breaking away from the diplomatic practices of the past 37 years, and they see that as a major change in policy,” says Sam Zhao, professor at DU’s Josef Korbel School of International Studies and director of the Center for China-U.S. Cooperation. 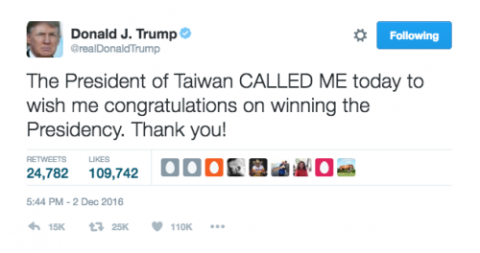 Since 1979, no U.S. president or president-elect has spoken directly with a Taiwanese president. That’s when the U.S. agreed to begin diplomatic relations with China and break off formal ties with Taiwan, a democratic island that China has long considered its own.

Over the last four decades, the U.S. has been a trade partner and weapons vendor to Taiwan. The question now is how will China react to any diplomatic changes between the U.S. and Taiwan.

“Many people in the U.S. and in Taiwan want to promote Taiwan’s democracy as evidence that it should be recognized and that the U.S. should have a good relationship with Taiwan despite China’s opposition,” Zhao says. “But in the real world, we cannot get what we want. If Taiwan pursues what it wants without considering consequences from China, then Taiwan will suffer.”

Zhao says he is surprised that China has remained low key and not issued any major protests. For now, China is placing the blame for the phone call on Taiwan, saying it was a “small trick.” However, Zhao says it takes two parties for a 10-minute phone conversation.