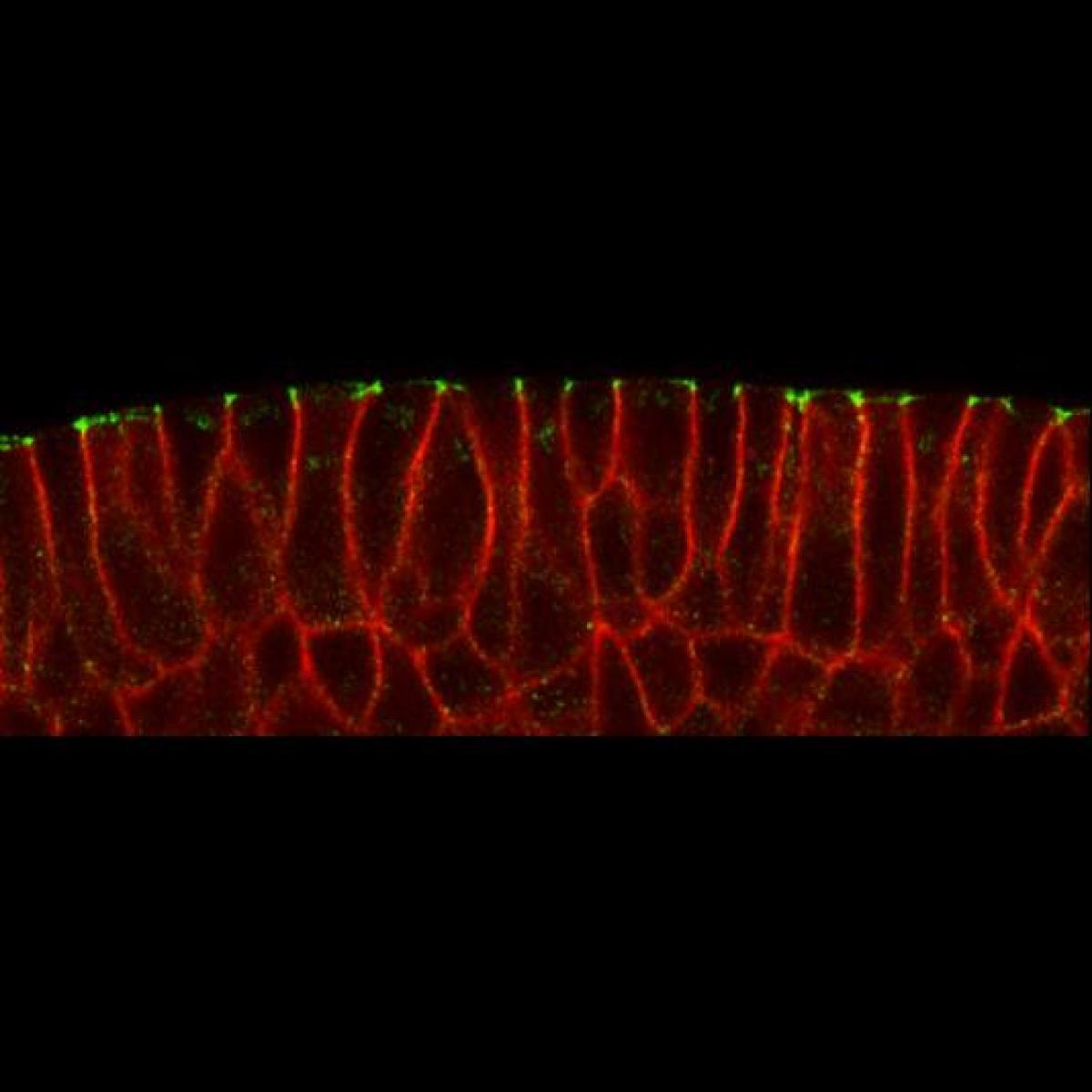 Add light sabers to the growing list of science fiction gadgets making their way to the real world. Todd Blankenship may soon be able to have his own laser sword, albeit he’ll use it to make much smaller and more precise slices than Luke Skywalker and Darth Vader are used to.

The team’s research explores the way epithelial cells, which are an important structural component of our organs, move and shape themselves into familiar tissues. “Usually you think of those things as being really static; your skin is with you your whole life. But in fact, your skin is constantly turning over, so you’re constantly having to have your cells move around to accommodate new cells,” Blankenship says. “We are interested in how that happens.”

To reveal the mechanism by which epithelial cells take the form of, say, a kidney or an intestine, Blankenship and Loerke turn to the Drosophila model — commonly known as fruit flies. By staining the interfaces between cells in a developing Drosophila embryo with fluorescent probes, Blankenship can create images from which Loerke can then draw analyses. “You get these movies of the cells actually moving over time,” Loerke says. “Then at that point, my lab comes in because we specialize in computational image analysis.”

Loerke’s computational approach allows for faster and better analysis of more data. “Your eye is an excellent computer in terms of detecting motion, but at the same time, we also sometimes detect patterns where there aren’t any,” Loerke says. “A computer actually tells you what the cell is doing at what time.”

When Loerke and Blankenship first started their research, they didn’t expect to find themselves challenging conventional wisdom on epithelial cells. “We were looking to see these long-scale contractile behaviors,” Loerke explains. She likens the expected movement to a spring, contracting in a coordinated effort from both ends. But, after testing various time and length scales, evidence of that failed to materialize. “We couldn’t find the coordinated behavior, so we came to the conclusion that the behavior of all of these individual vertices must therefore be independent,” Loerke says.

And that’s when the NIH took notice, Blankenship adds. “We think we have discovered a completely new way that epithelial cells can move,” he says. “I truly believe this is a completely novel thing no one has ever seen before.”

Beyond adding to the scientific community’s knowledge of epithelial cells, Blankenship and Loerke’s research could inform our understanding of how the body heals or fights diseases. “One extreme end is cancer, where the maintenance of these cellular contents goes awry. But even closer to home, the maintenance of epithelial integrity — barrier function — is really important,” Loerke says. “[It is] relevant for diseases or things like wound healing, where the cells within the epithelial layer need to move in order to close the wound or close the gaps. That’s really nontrivial.”

The Blankenship-Loerke collaboration is not just about breaking new ground in epithelial research. It’s also an example of interdisciplinary research, a concept catching on among scientists. “This is where science is moving,” Blankenship says. “If you’re in biology, more and more you’re going to need a physical understanding of that biology. That’s been one of the great things about having someone who deeply knows the physics.”

Loerke feels the same. “There are a lot of biophysicists who have these amazing quantitative approaches, but sometimes they are techniques in search of a problem,” she says. “To be useful, very often we need somebody with that fundamental understanding of the biological systems.”

That symbiotic partnership has spilled over to the undergraduate and graduate students working every day in their labs. Thanks to the grant, Blankenship and Loerke’s students will be able to do much more than just use what Blankenship calls “Star Wars-like” laser techniques to cut cells — they’ll be able to flex their cross-disciplinary muscles.

Says Blankenship: “That’s what makes science fun — when you have those interactions that spark a real exchange of ideas.”