Dean joins Colorado delegation in Biennial of the Americas

That’s the message from JB Holston after spending a week in Brazil. The dean of the Daniel Felix Ritchie School of Engineering and Computer Science was there with a Colorado delegation that included Gov. John Hickenlooper and Denver Mayor Michael Hancock. It was part of the Biennial of the Americas, focusing on connections between Brazil and Colorado and the idea of innovative economies.

“One of the things that we heard a lot is that Colorado looks more, much more, like an adoptable model for Brazilians than Silicon Valley,” Holston says. “They look at Colorado and say, ‘You know, maybe we could do that.’ It’s smaller. It’s more intimate.”

Holston attended panel discussions with key Brazilian economists, trade association leaders and social entrepreneurs in some of Rio de Janeiro’s “favelas.” There are about 1,000 of these extremely poor neighborhoods in the city, and they range in population from about 6,000 to 250,000 people. Favelas are all essentially illegal settlements. “But they have become these power houses of innovation and entrepreneurship,” Holston says. 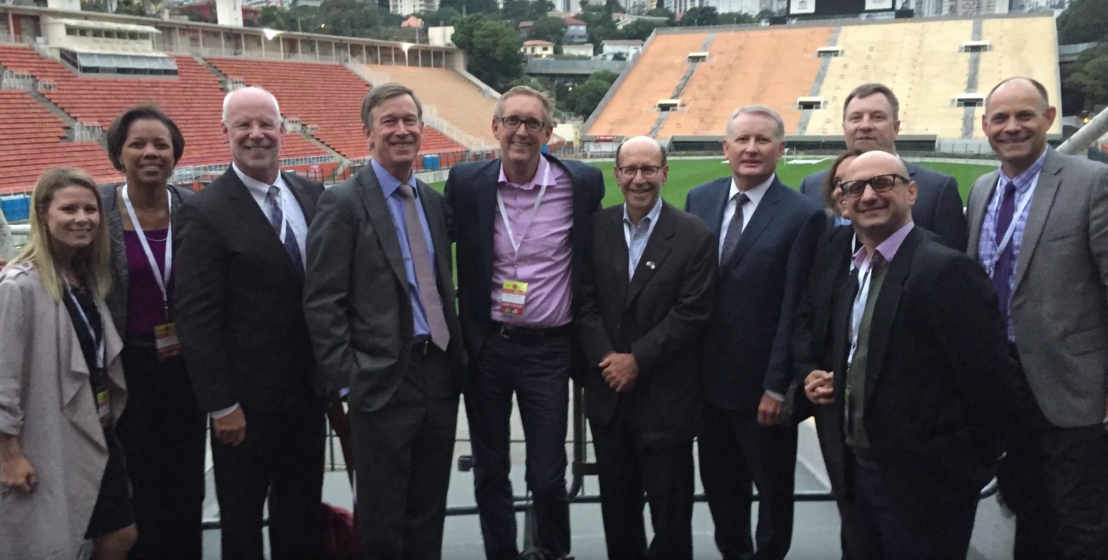 Holston and other Colorado representatives also met with Olympic organizers. The 2016 Olympic Games begin on Aug. 5. In spite of the challenges facing organizers — concerns about the Zika virus, a doping scandal that resulted in the suspension of Brazil's only testing lab, and corruption and upheaval involving the country’s highest political figures — Holston says organizers told him the games will go on, even if the facilities and venues are not as elaborate as those at other games in other countries. “So, they’re really trying to show that you can do this with facilities that aren’t necessarily the highest permanent world-class facility ever, but are sufficient.”

The prospect of DU enhancing engagement with Brazil comes at Hickenlooper’s suggestion, Holston says, noting that the University is eager to explore the possibilities. “We’re going to be doing a big convening in November for Project X-ITE around social entrepreneurship here,” he says. “Social entrepreneurship is obviously a phenomena happening to a great degree outside of the U.S., and Brazil is a perfect example of that.”