Just What Is Good Music? And Who Gets to Decide?

In his new book, a musicology professor urges readers to rethink how we evaluate music 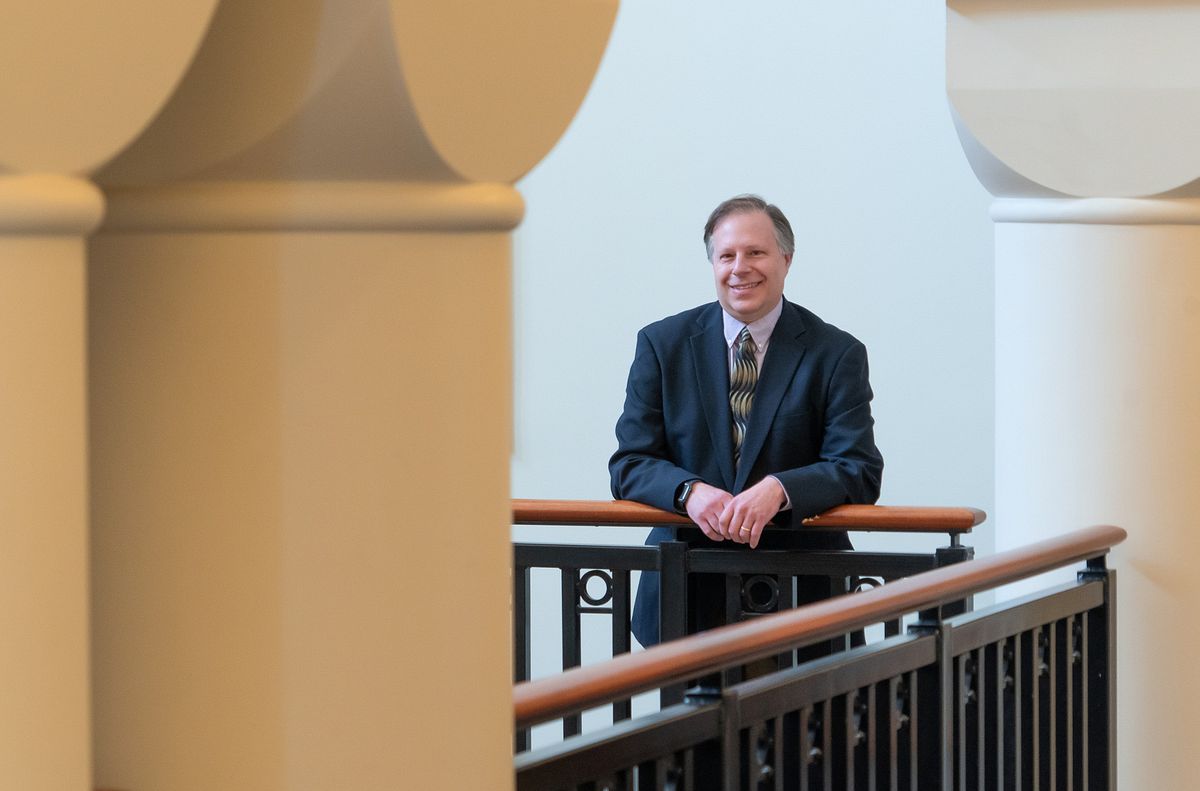 When John Sheinbaum (Jack to his friends and colleagues) was growing up, he sampled widely from the musical adventures on offer, whether it was Wagner at the Metropolitan Opera or Van Halen at New Jersey’s Meadowlands.

According to traditional models of evaluating music, the former could be considered an encounter with good music, worthy of parental approval. The latter — not so much.

“This idea that there is good music and bad music is something that people do, rather than an absolute truth in the music itself,” says Sheinbaum, an associate professor of musicology at the Lamont School of Music, an expert on composer Gustav Mahler and an unapologetic aficionado of progressive rock. Such categorizing into better and lesser is intrinsic to being human, he adds, noting that “music making is a human activity, and reflecting on music is a human activity.”

With his new book, “Good Music: What It Is & Who Gets to Decide” (University of Chicago Press, 2019) Sheinbaum does some reflecting of his own. In the process, he challenges the idea that good music has to be “good for you” — in other words, that it has to be music for the brain: serious, original, innovative and the product of a great artist toiling away against enormous odds.

“We’re taught to approach particular kinds of music in particular kinds of ways,” Sheinbaum explains. And that, alas, can hinder appreciation of different composers and genres. Whether it’s opera or rock opera, Schumann or Springsteen, Sheinbaum says, “there are tons of interesting things going on, if you choose to look for [them].”

That message is falling on grateful ears. In the handful of weeks since its publication date, “Good Music” has already attracted notice within popular and classical music circles in this country and abroad. The publisher has made plans for a translation into Korean; prominent music bloggers are seconding Sheinbaum’s summons to rethink the 19th century notion of musical greatness, and no less a media powerhouse than the BBC has commissioned a review.

“Good Music” builds, in part, on Sheinbaum’s own listening experiences and on discussions with his DU students.  “For a good number of years I taught an FSEM [first-year seminar] about how music is valued in Western society,” he says. During class, he and his students would puzzle over “value problems” in music. Why, for example, did so many critics dismiss progressive rock and its aspirations to artistry? Why did the Ninth Symphony’s first audiences consider Beethoven’s masterpiece an incoherent mess? What made Handel a great composer, given that he borrowed so heavily from others? And just as important, how are our current values and assumptions shaping our responses to new music?

Assumptions aren’t the only hindrance to a fuller appreciation of good music. Sheinbaum, who also serves as associate director for academic affairs at Lamont, is part of a circle of concerned music lovers who argue that the rituals associated with the concert experience desperately need a tune-up. This is especially true of concerts featuring classical music, where the ambiance and expectations for audience behavior can discourage appreciation. The hushed hall. The insider knowledge about when to applaud. In theory, these combine to aid concentration, but instead, they can put distance between the audience and the music.

“No wonder people are falling asleep if they’re not supposed to move or make any sound or react in any way until afterwards,” he says, noting that the unwritten prohibitions against spontaneous reactions are a relatively recent phenomenon. “These rituals were largely unknown to most of the composers in the classical pantheon. Most composers up to the 20th century expected applause between movements, and later 19th-century audiences needed to be taught these new ways of acting at a concert.”

Even though these customs and formalities don’t predate the Romantic composers, they are a looming part of the landscape now — to the detriment of the classical music experience and community. “When we have these rituals that sap away people’s intuitive enjoyment,” Sheinbaum says, “I think we’re hurting ourselves; we’re shooting ourselves in the foot.”

Desirable as intuitive enjoyment may be, it currently isn’t the highest value in classical music. For well over a century, Sheinbaum explains, classical music has been valued for the composition itself, for its originality, cohesion and seriousness. In addition to savoring an orchestra’s execution of a particular work, audiences have had one assignment: “You’re really supposed to focus on the notes, on structures in the music,” Sheinbaum says. Because of this, “a lot of people feel that, ‘Oh I can’t appreciate this music unless I learn about it first.’”

That’s not how they typically feel about, say, rock ’n’ roll, jazz and show tunes, where the notes and structure are assumed to conform to formulas. With such music, it’s usually the performance, or perhaps the lyrics, that matters most — that and the appeal to the body, the invitation to dance, swing and croon along. For critics with their brows arched at hairline, these works, though not “bad” music, are not deemed interesting in the same way that classical music is.

Sheinbaum disagrees, and to support his contrary point, “Good Music” dives into the artistic core of a vast array of works — everything from Miles Davis’ “Kind of Blue” to Bruce Springsteen’s “The Rising” and the Beatles’ “Sgt. Pepper’s Lonely Hearts Club Band.” All of these defy the generalizations associated with their categories. They’re not formulaic but highly original and innovative. Like their classical counterparts, Sheinbaum says, they’re thought pieces that reward deep thinking while providing satisfying entertainment. By the same token, classical genres often offer more than just cerebral stimulation—they can, Sheinbaum insists, “be explored for how they engage the whole person.”

Just as important, music can be explored for how it enriches lives and communities. In fact, that may be the criteria that merits primary consideration. “We should value the ways music connects people and breaks boundaries between mind and body,” Sheinbaum says, adding that this is at least as important as a demonstration of “original genius to a seemingly passive audience.”

Keith Ward, director of the Lamont School of Music, agrees. He considers “Good Music” a provocative book for scholars and an ice breaker for a larger conversation about the role of music in culture. “Jack’s questioning of [how music is valued] is not only reflective of contemporary discourse,” he says. It also invites music lovers to expand their listening.

Whether they take their “good music” in four movements or in three verses with a chorus, Sheinbaum hopes readers come away from his book ready to shed their assumptions and open themselves to all kinds of music. After all, it’s just possible that no PhD is needed to appreciate Wagner and that Van Halen offers plenty to ponder.