Korbel Professor Promotes Peace as Member of Network in Hiroshima 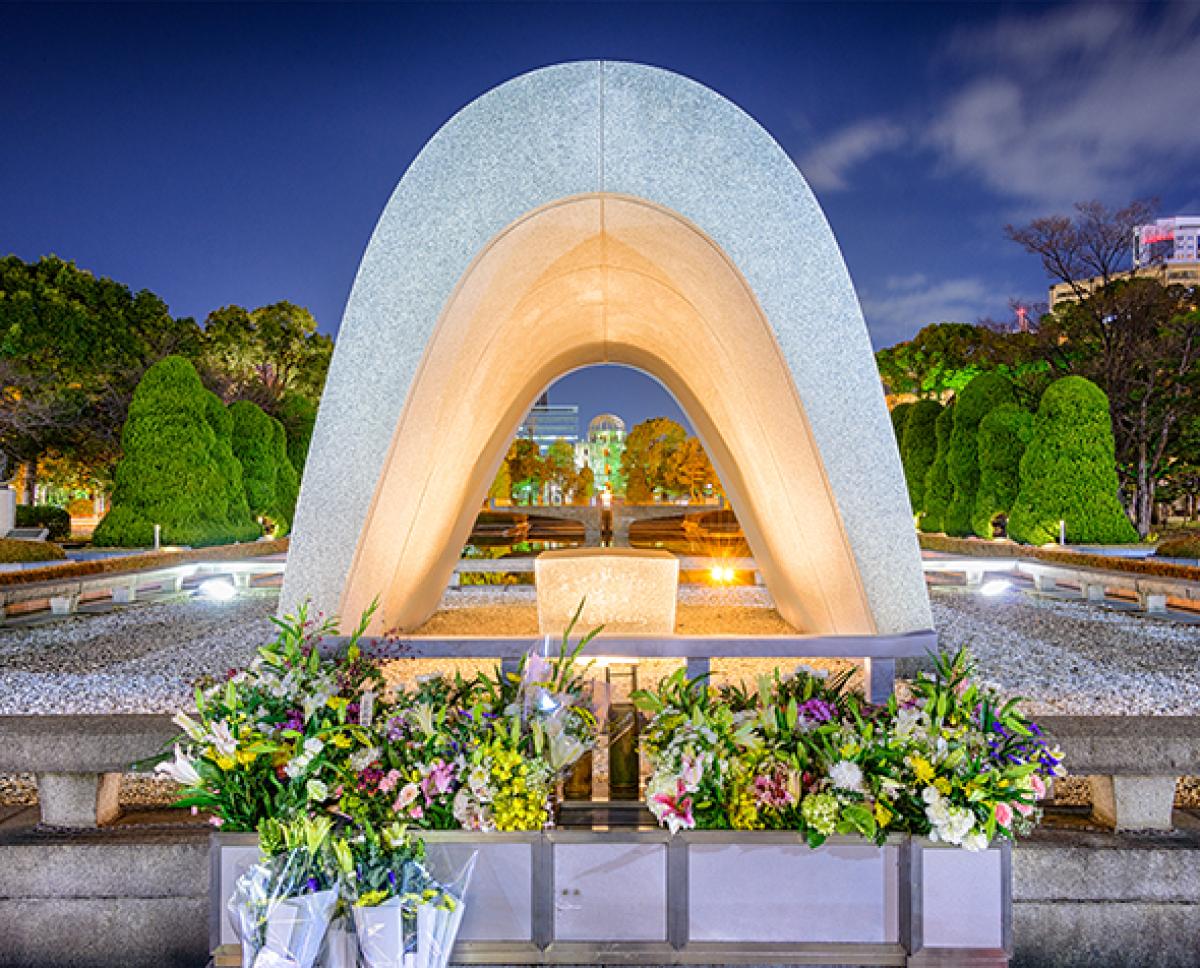 At the heart of Cullen Hendrix’s research is peace.

The professor at the University of Denver’s Josef Korbel School of International Studies has spent most of his life fascinated by the interactions among conflict, resources and people. He was a contributing author to this year’s report from the Intergovernmental Panel on Climate Change, helping document threats to peace and mobility, and he’s an associate editor for the Journal of Peace Research.

For a few weeks this summer, Hendrix lectured at Hiroshima University in Japan as a specially appointed professor for the Network for Education and Research on Peace and Sustainability (NERPS), educating students and scholars on policy, peace and sustainability.

Early in June, his special lecture focused on the impact of global commodities markets and armed conflicts of various scale, including the current war in Ukraine.

“What they’re really focused on is the peace and sustainability nexus,” Hendrix says. “That promotes transitions to more sustainable livelihoods, relationships with the environment, energy systems, etc., and the way, conversely, sustainability policies can cause more peaceful outcomes.

“My career has been spent looking at what happens when that breaks down.”

The bulk of Hendrix’s career has focused on how environmental change and breakdowns in peace affect a variety of systems. For his work with NERPS, that was narrowed to marine fisheries and shared governance of the oceans.

“I’m very focused on the impact climate change has had and will continue to have on marine ecosystems and fisheries,” he says. “It’s still a source of livelihood and security for people, primarily in the developing world. For the world’s poor, fish protein makes up a very, very, very large portion of their animal protein intake. To the extent that poor people are eating meat around the world, chances are they’re eating fish.

“It’s big business in developed countries like the United States, China, Japan, etc., and climate change can make those fisheries less productive, or the fish have migrated in the same way terrestrial animals have been forced to migrate.

“Changes in either of those systems can cause violent conflict.”

The first arm of Hendrix’s research with NERPS, assisted by the World Wildlife Fund, focused on a macro-scale analysis of the El Niño/La Niña cycle and armed conflict centered on fisheries and related resources. The research found that conflicts were more prevalent during El Niño cycles—which cause warmer water in the Pacific Ocean—than they were in La Niña cycles, particularly in the East China Sea, which Hendrix calls "one of the true geopolitical tinderboxes in the world.”

The second arm, which is ongoing, examines international institutions called regional fishery management organizations and whether they’re properly equipped to combat climate-change-related issues and whether their governance can delay or prevent armed conflict.

NERPS strives to bring together global scholars from the social and hard sciences—and from the global south, where research is often overlooked—in a unique environment. As the site of the first atomic bomb deployment in 1945, Hiroshima, along with the second deployment site, Nagasaki, saw an estimated 129,000 to 226,000 people—mostly civilians—killed.

Hendrix says Hiroshima University has “an explicit focus on peace and sustainability,” which is echoed in the city at large. That has helped to drive Hendrix’s passion and commitment to peace.

“We have an immense privilege being able to do this type of work and be rewarded for it relatively well by society,” he says. “Therefore, I believe the knowledge we generate should be useful to society. I’ve tried to make that the hallmark of everything I’ve done with my career.”