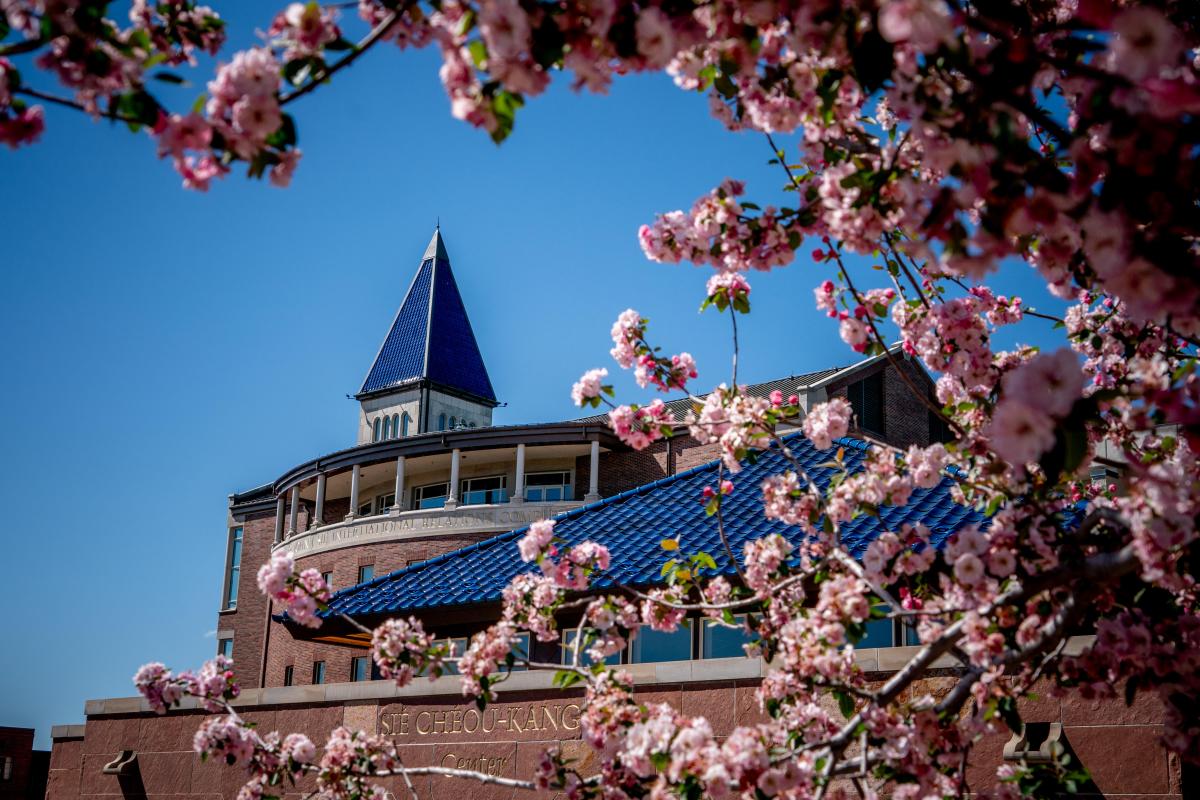 “How do you teach in a moment when the way the world was, and the way you expect the world to be, are in flux?”

Marie Berry, a professor in the University of Denver’s Josef Korbel School of International Studies, found herself considering this question just days before she — like educators all over the world —began teaching classes online to prevent the spread of COVID-19.

In addition to other courses, Berry’s spring quarter lineup included a graduate course titled Comparative Genocide. But something felt wrong about teaching such emotionally heavy coursework amidst a global pandemic.

“I felt it would be pedagogically problematic to teach a class on violence at this particular moment without any more thoughtful recognition of what my students are going through,” Berry says. “Teaching the class the way it was designed would have been harmful, and that just required a pivot.”

Berry took to social media for community advice, and found herself reimagining the course she now calls Love, Creativity, and Resilience During Genocide and Mass Atrocities. With mere days before the start of the quarter, she reworked the syllabus to reflect a different side of the world’s most horrific moments, including the Nazi Holocaust and Bosnian genocide.

“We need to be part of securing a more just, loving and compassionate world. And when we look to these historical cases, we see so many examples where people chose to resist. They found places for humor, for beauty, for love amid this general environment of fear,” Berry says. “What do we have to learn from those past examples? That’s the more important layer of mass atrocities.”

While the general arc of the course remains the same, Berry added readings that showcase instances of resistance, strong human spirit and creativity, while making many of the readings from the class’ original syllabus optional. She also added new units focused on indigenous genocide and resilience, and methods for building more peaceful societies. What’s more, she prerecorded lectures from the original class structure and made them available to students still looking for historical overviews, death tolls and context.

What resulted is a sort of choose-your-own-adventure-style course, where students have a wealth of knowledge at their fingertips, but a variety of different modes and lenses with which to access them. Outside of class discussions, students can choose from a number of readings, films, podcasts and lectures, and engage with the information in the way that best suits them. The goal, says Berry, is to offer a supportive teaching style as students face a number of pandemic-related challenges.

That ethos has benefited Emily Williams, a student in the class who decided to register after hearing about Berry’s syllabus shift. In particular, a unit about rescue groups during the Rwandan genocide has stuck with her and offered guidance during the pandemic.

“Having that framework really helped me look around my community in Denver and notice the different people in my neighborhood who have put up little take-and-leave libraries, or put out coloring pages for kids — all of these little things,” Williams says. “People have really looked out for one another. Instead of it being all doom and gloom, having this class has really helped me with a framework for looking for people doing small deeds that mean a lot.”

The change has been just as powerful for Berry, who says she plans to keep this new approach to teaching genocide for future classes.

“I think a lot of faculty are struggling to figure out how to teach the content we planned to teach in the context of a global pandemic, where we are seeing tickers of bodies and positive cases alongside unemployment and massive economic collapse,” she says. “It’s not just for the students. This has also been instructive for me in terms of how I do a better job in my teaching, in my writing, in my research.”