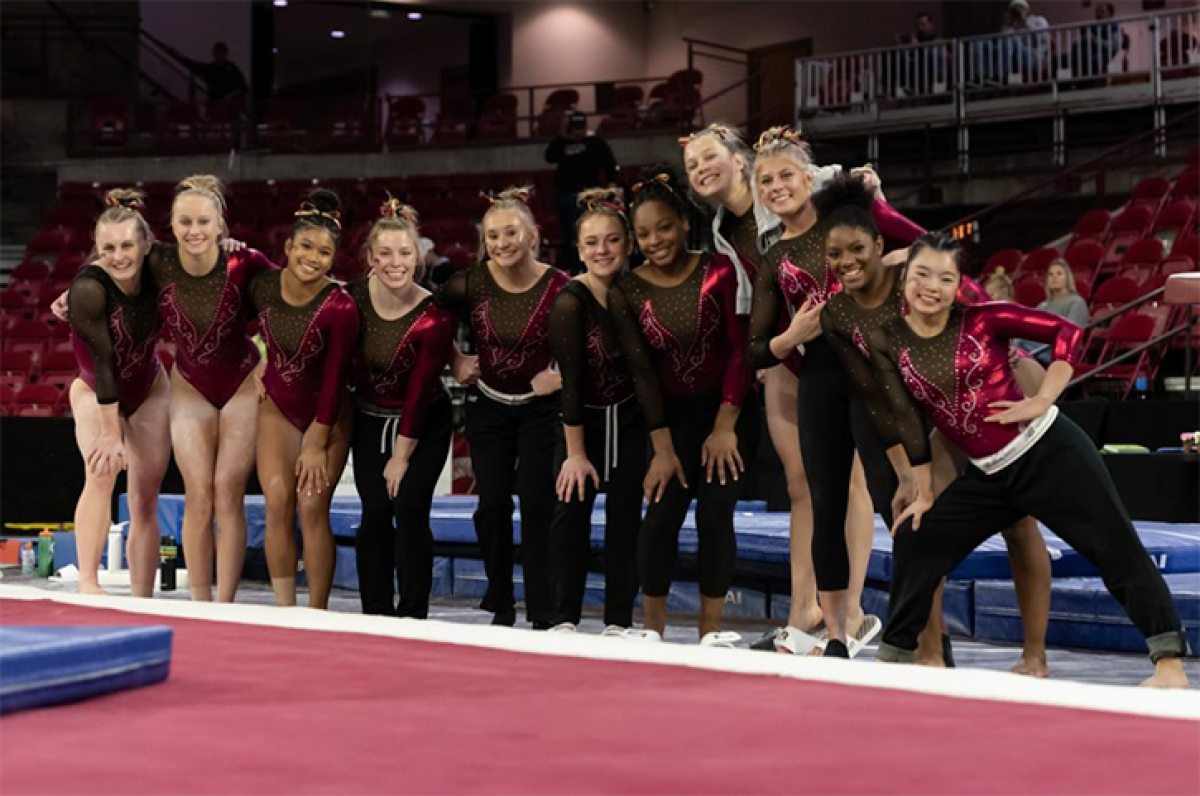 The University of Denver gymnastics team (photo by Brittany Evans).

To say that the University of Denver women’s gymnastics team had to overcome a 2022 season filled with adversity would be an understatement. A number of student-athletes were sidelined by injuries for some period of time. But despite the challenges, the team made the NCAA Regional Finals and finished the season ranked No. 13 in the country, the eighth consecutive time they’ve finished ranked into the top 15.

“They did show tremendous resiliency and grit and true mental toughness when it really counted at the end during postseason,” says Melissa Kutcher-Rinehart, the Joy S. Burns Head Women’s Gymnastics Coach. “That is a huge confidence builder that if we can do it like that, we should be able to capitalize off it moving into this season.”

Much of that success can be attributed to the five sophomores on the team who were forced to fill spots in the lineup vacated by injured teammates. Now, as juniors, they are stepping into a leadership role on the team.

“Our whole junior class is trying to serve as role models for the team,” says Bella Mabanta, a finance major. “It has been fun when others ask for advice and doing what we can to guide them.”

Also returning for the Pioneers are graduate students Lynnzee Brown and Alexandria Ruiz. Brown, one of the most decorated gymnasts in DU history, received another year of eligibility after suffering a season-ending Achilles injury, the second one of her career. Ruiz is back under the additional year of eligibility granted by the NCAA due to the COVID-19 pandemic. Both were part of the DU team that competed at the NCAA Championship Final in 2019.

“They are just incredible people. They balance each other out so well, and they are able to provide different things to the team,” says junior Rylie Mundell. “I’m thrilled that they are both here and their experience is invaluable.”

That experience is sure to help when DU faces four top 25 opponents from last season and the last two NCAA National Champions in Oklahoma and Michigan. The student-athletes embrace the challenge and believe it brings out the best in their performance.

“We like to test our skills against the best out there,” Mundell says. “I think it really helps us grow in a positive way competitively and prepares us for the postseason because we see lots of amazing teams that we maybe have not competed against but are also equally talented.”

The Pioneers have the team to compete with some of the best schools in the country and if they can stay healthy, 2023 could be another special year.

“It is exciting to see what the season is going to bring, because I feel like we are ready,” Mabanta says. “We have some great depth this year and just watching us train, it makes us excited to see how much we have to give for this season with new routines.”